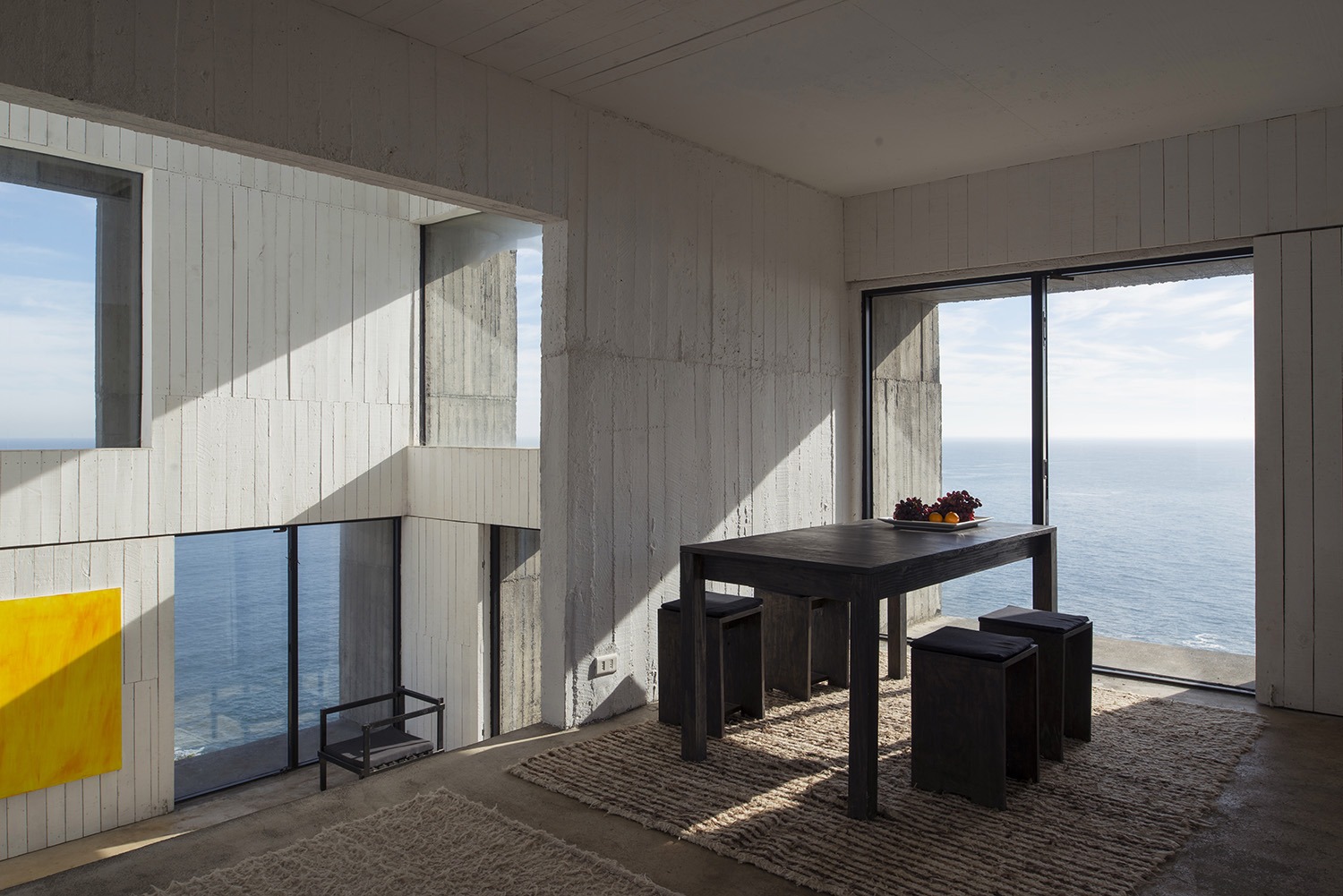 Casa Poli is perched on the hills of Coliumo peninsula, in Chile and it was designed in 2005 by the architects Mauricio Pezo and Sofía Von Ellrichshausen. Coliumo peninsula, where the structure is located, is inhabited mostly by farmers, fishermen, and also some tourists but it’s quite far away from eyes. The surroundings of the place give the sense of a surrealistic, dreamy visual design since the cliffs where the residence is located are like the edge of the world with the amazing view of the limitless Pacific Ocean. Designing this unique space was actually a dream that came true for the architects as the space functions both as a home and a cultural center that they would be able to share their approach and experiences with more people.  With the purpose of sharing the experience, the name “Poli” refers to the political role of a public project but also to the plurality and multiplicity. What distinguishes the architects’ style is they design spaces in order to be devices to see the world. Because of that, their designs are far away from complexity but minimal at their finest.

“When you have surroundings composed of neutral elements that are very simple, very silent, very normal in a way, it allows the individual to look beyond them and to focus on other, more important things.” These words of Mauricio Pezo make the best summary of their approach but these words also describe Casa Poli in the best way possible. The modern cubic residence is so simple that it is almost impossible to distract by any other elements from the inside, it just serves as an echo of nature.

‍
Reinforced concrete was used for the structural system of the residence. Black coated doors, windows, hardware, and double glass glazing were provided from Digosa S.A. As the main focus is nature, the interior design was made with less furniture possible but the chairs and table from Ramón Cartes harmonize with the whole design in a modest way. The furnishing by Ramón Cartes does not only harmonize with the design but also harmonizes with the silent atmosphere. Interior finishes such as cabinetwork and custom woodwork were made with recycled wood by Cesar Manríquez. The same wood details were being used both for the interior and exterior but how the exterior’s white woods turn to grey over time with the effects of nature provide a great value to design as it is a great exhibition of architects’ approach. 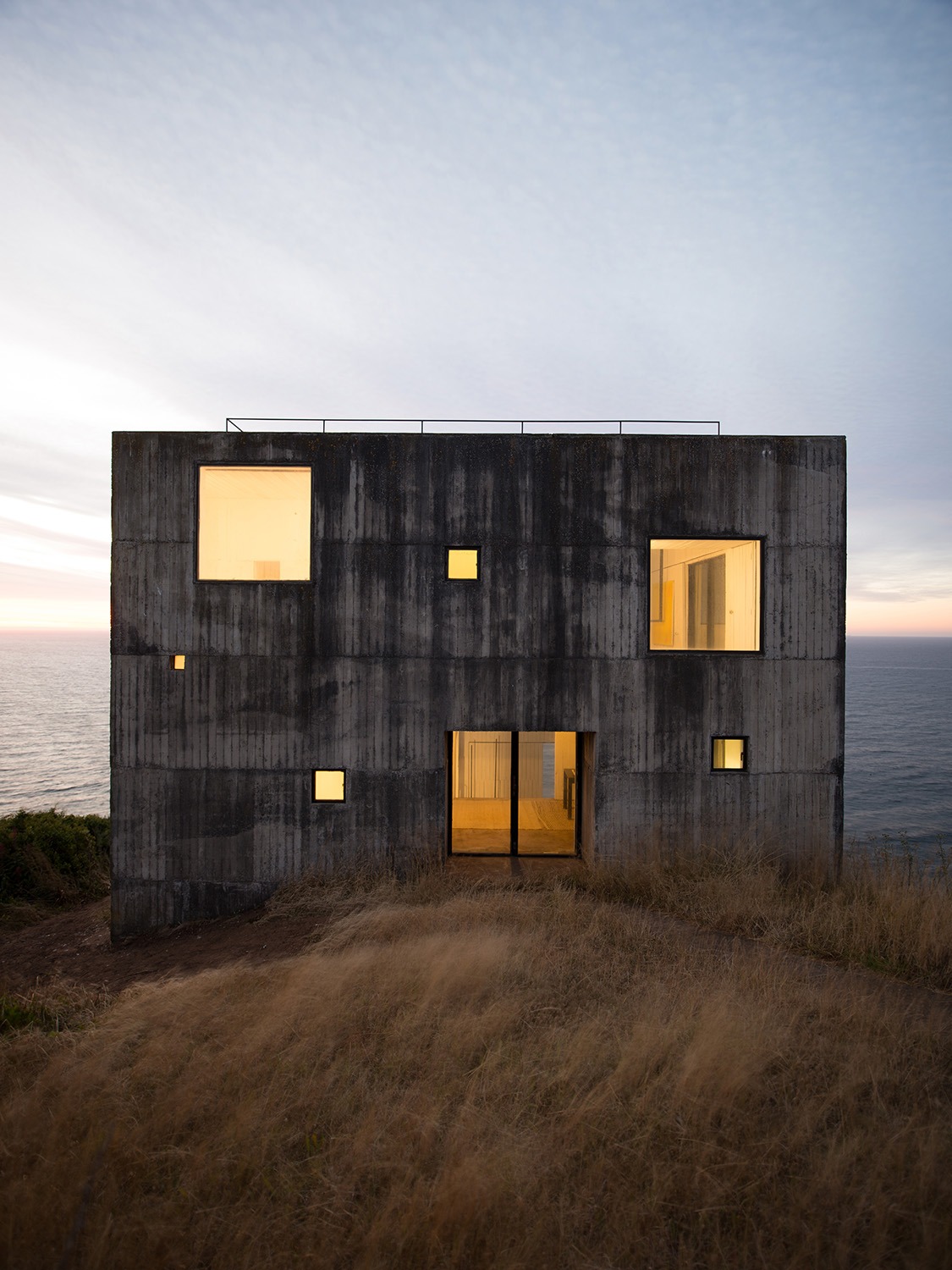 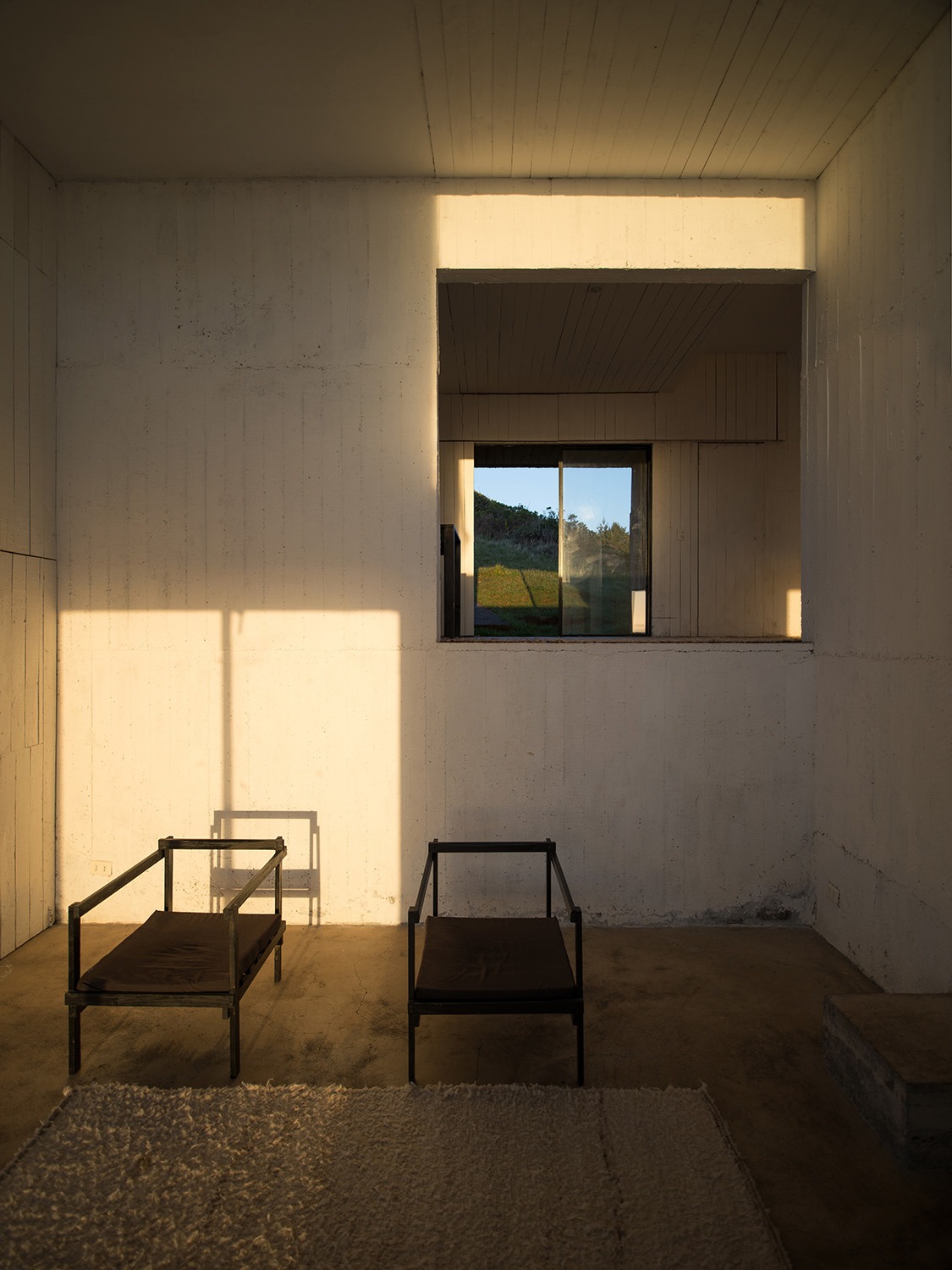 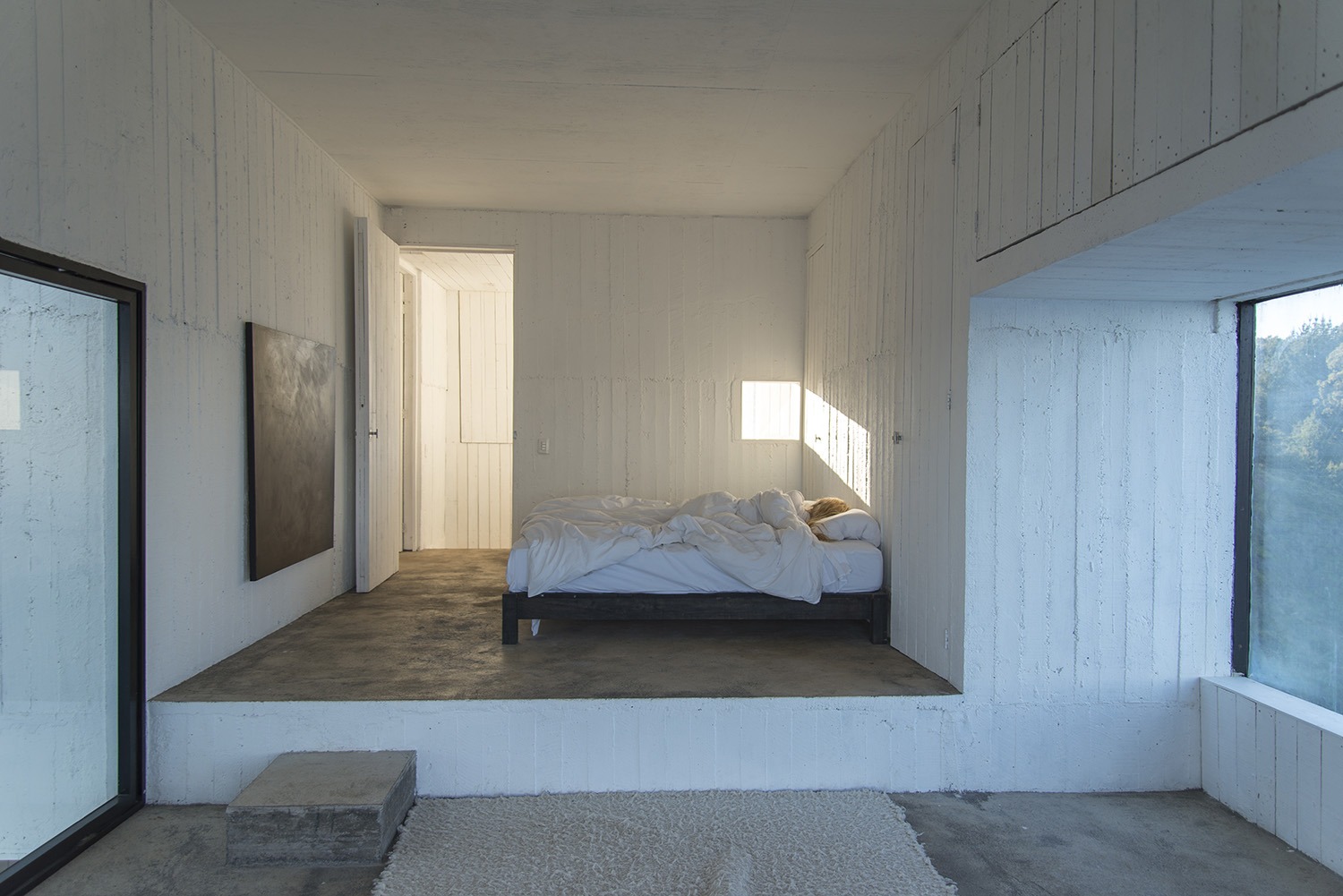 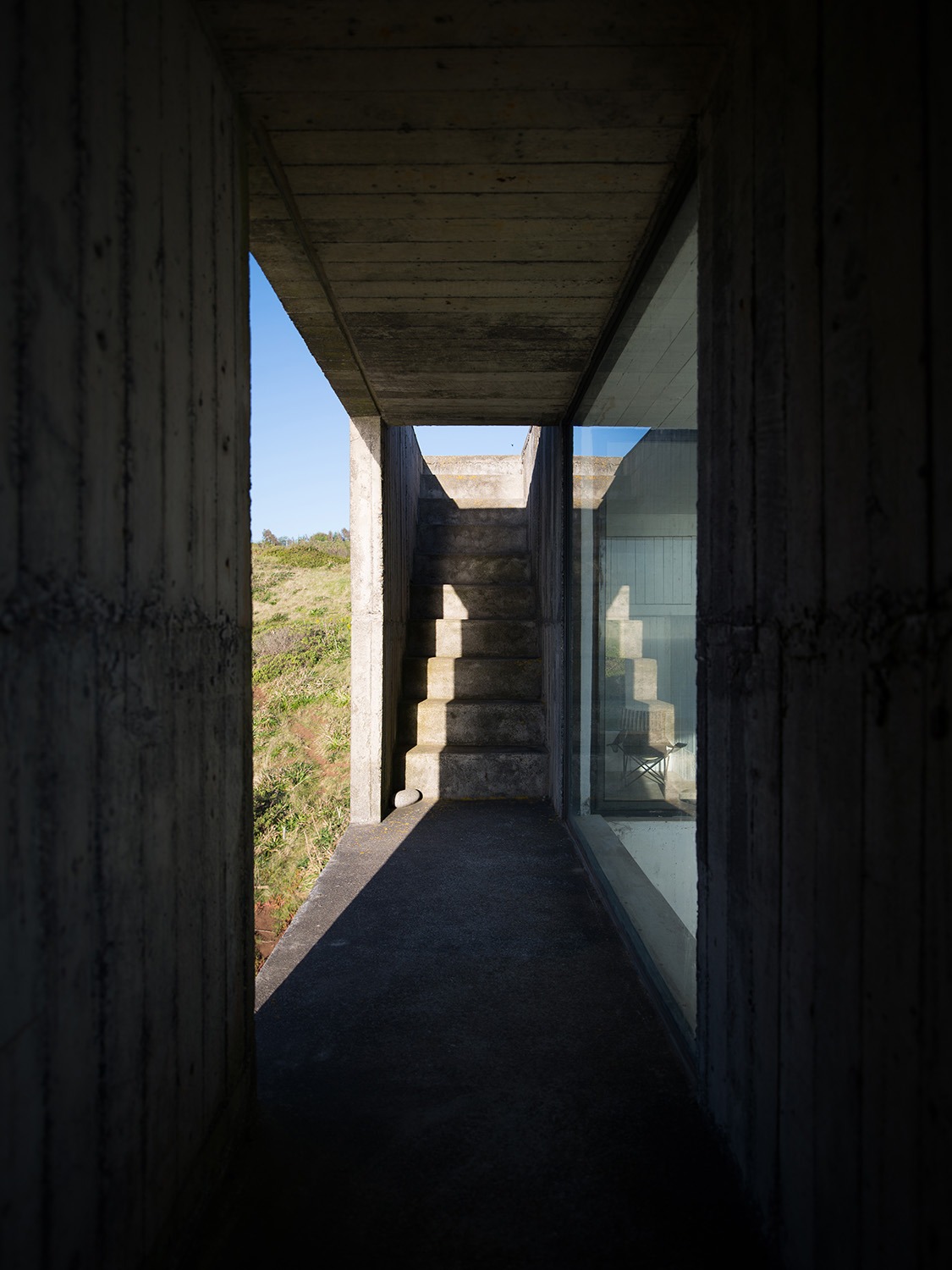 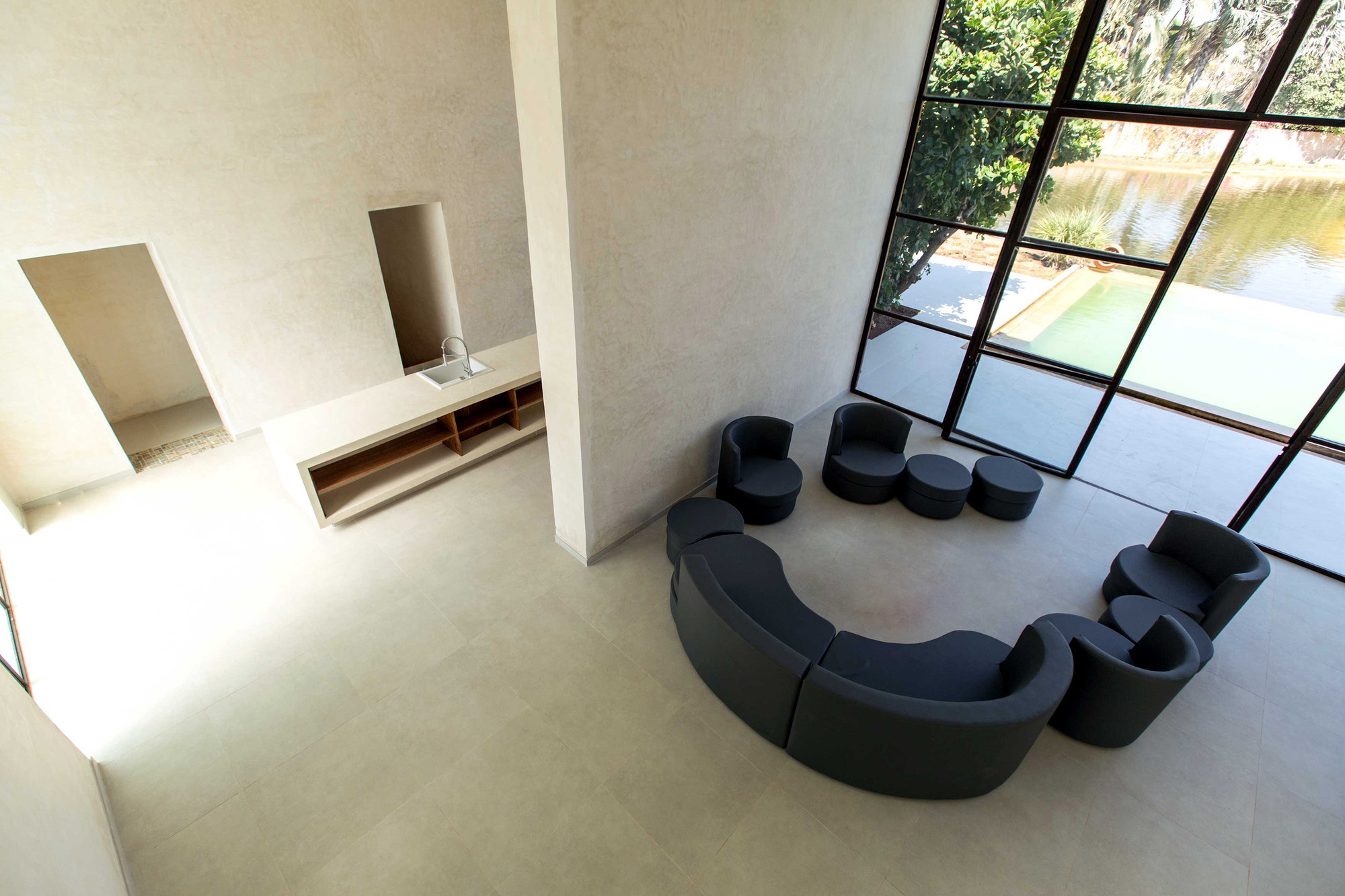 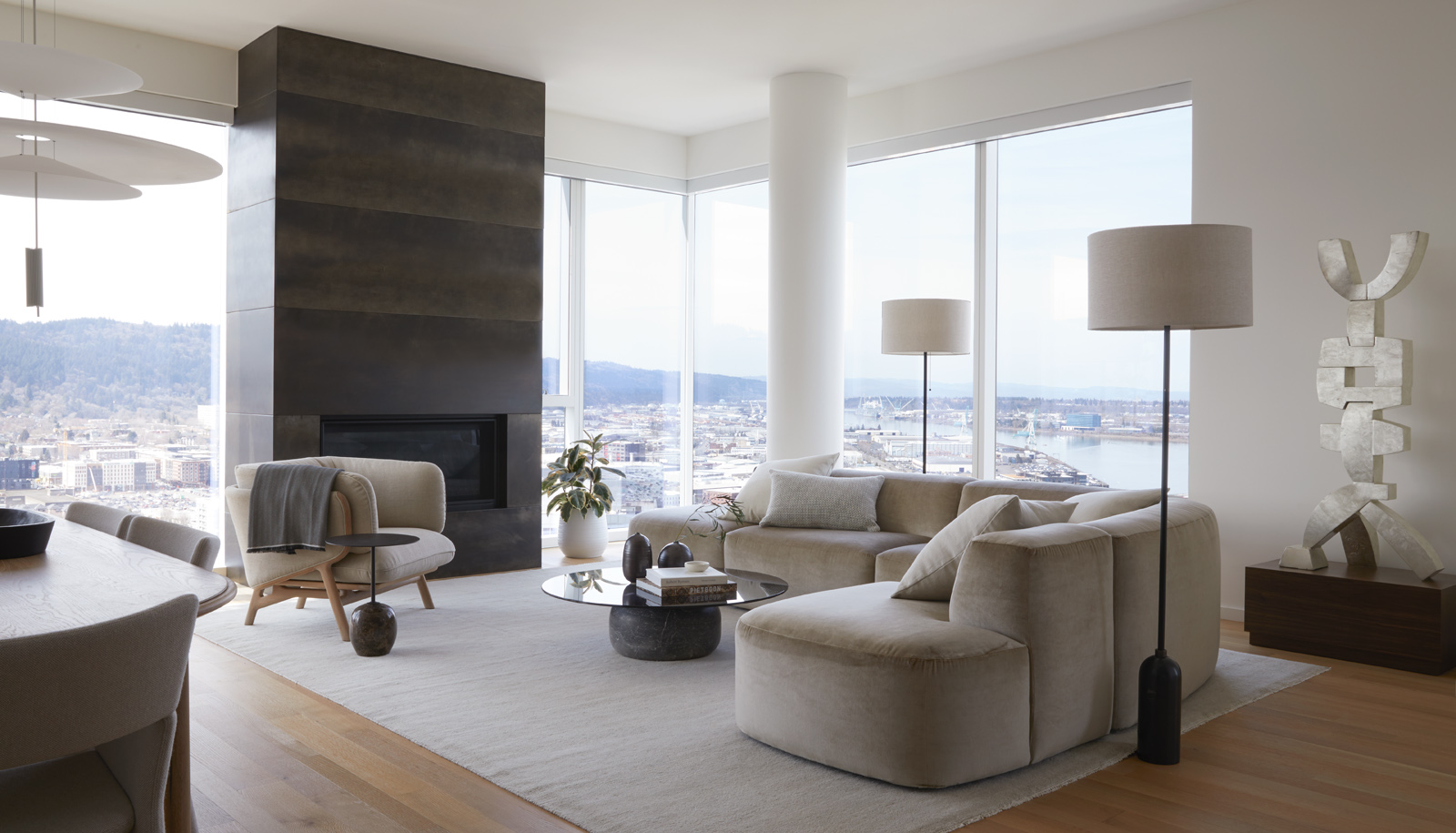 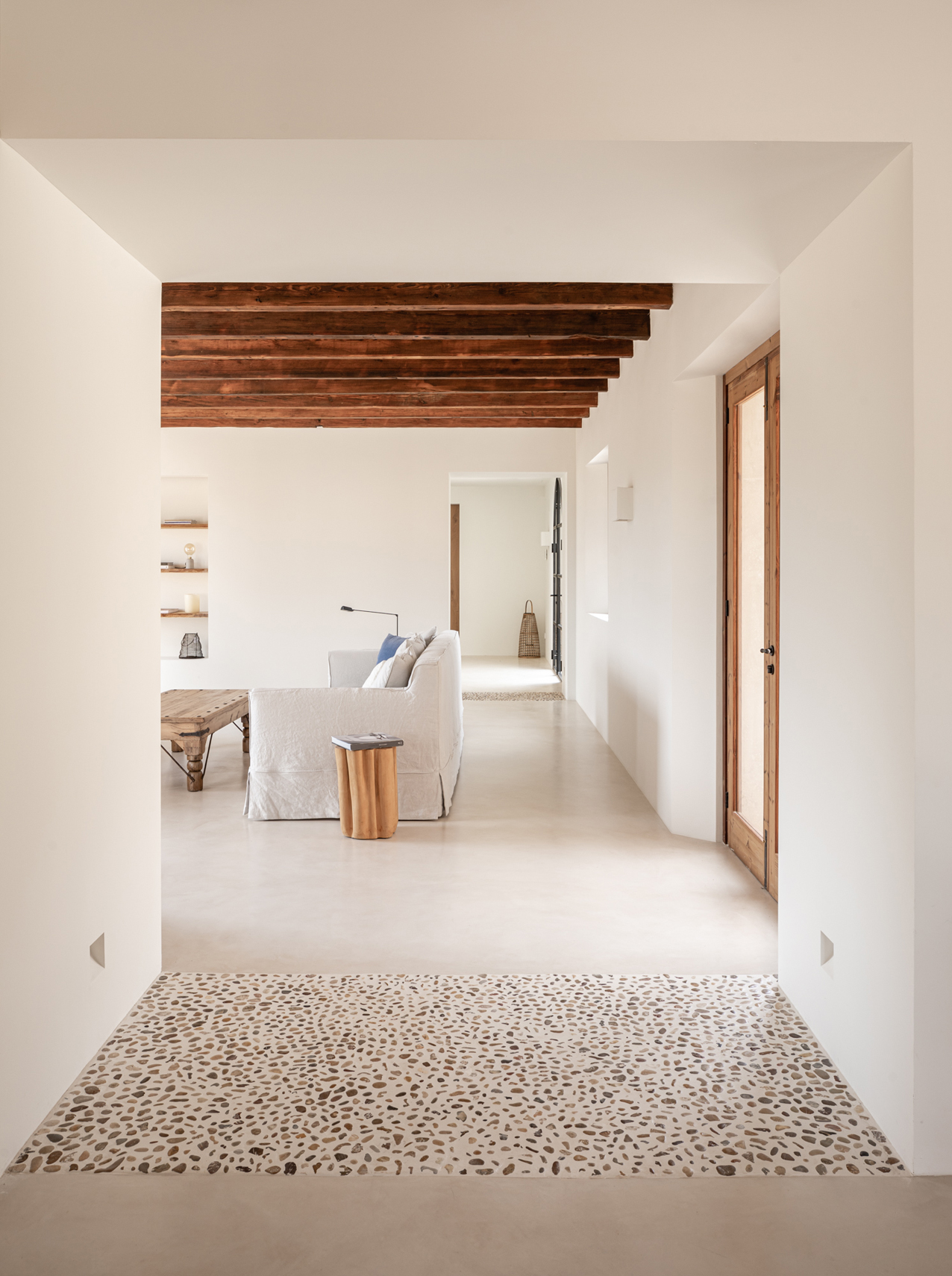