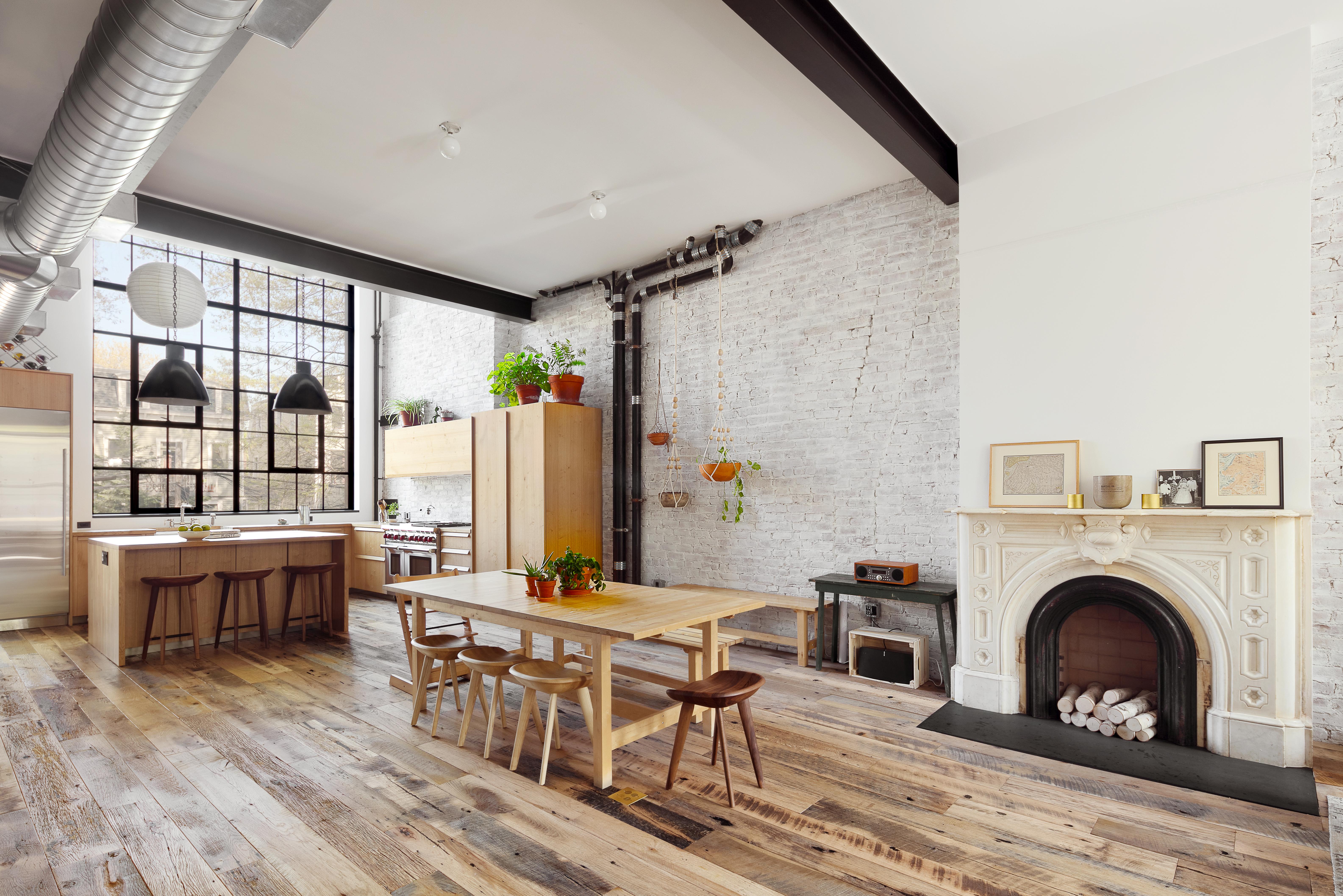 Torn between purchasing a trendy loft or a brownstone on a quiet leafy block, the young couple with 3 children decided to achieve both in the revitalization of this historic townhouse in Clinton Hill Brooklyn. When the clients first toured the house, they were struck by the potential, but it was in desperate need of repair and renovation as it had over the years been converted to a cramped two-duplex unit. Although they liked the rawness of the original materials, the interiors were poorly retrofitted and the rear facade was literally peeling from the rest of the structure. They turned to Murdock Solon Architects to transform it into a soaring, light-filled home for their family. MSA immediately sought to stabilize the home and then began an extensive renovation to salvage any and all of the historic character and details. The clients loved the worn vibe of the home’s original features and sought to maintain them, while supplementing with modern touches to create a warm and comfortable environment. The clients’ first priority was to create an open plan in which their family could always be together. Counter to what a realtor might suggest, the clients reduced the second level of the home by 400 sqft, cutting the floor back to expand a new chef’s kitchen to a voluminous new height, framed by a 14 foot steel window by Optimum with a view of the rear garden. Noguchi pendants hang here at varied heights. As the floors were found in such poor condition, salvaging was out of the question. However, the clients requested to find new floors that held a lot of the same character of the original. The final selection was a reclaimed flooring by LV Wood named appropriately,  “Hit or Miss” which offered a subtle, timeworn feel. Plumbing pipes and mechanical ducts were left exposed, and steel structural I-beams that had been placed to expand the opening were expressed as in a loft. In contrast to the crisp white walls, the clients fell in love with the idea of exposing the original wood joists of the second floor.   At the vestibule, MSA installed vintage wood doors. The house’s original staircase extends from here, restored yet painted with a cool, modern flair. The formal marble fireplace in the parlor sits in contrast to the causal vibe of the home, but is an almost talisman of the past that the clients wanted to preserve and rightfully so, as it’s beautiful! The third floor was relegated as the children’s domain and as such MSA looked for opportunities to make it special for them. A former hall closet was converted into a hideaway library with custom millwork. Storage drawers under the bench and randomized cubby bookshelf allowed for a playful approach to organization. The light fixtures here, as elsewhere throughout the home, are by SchoolHouse Electric. 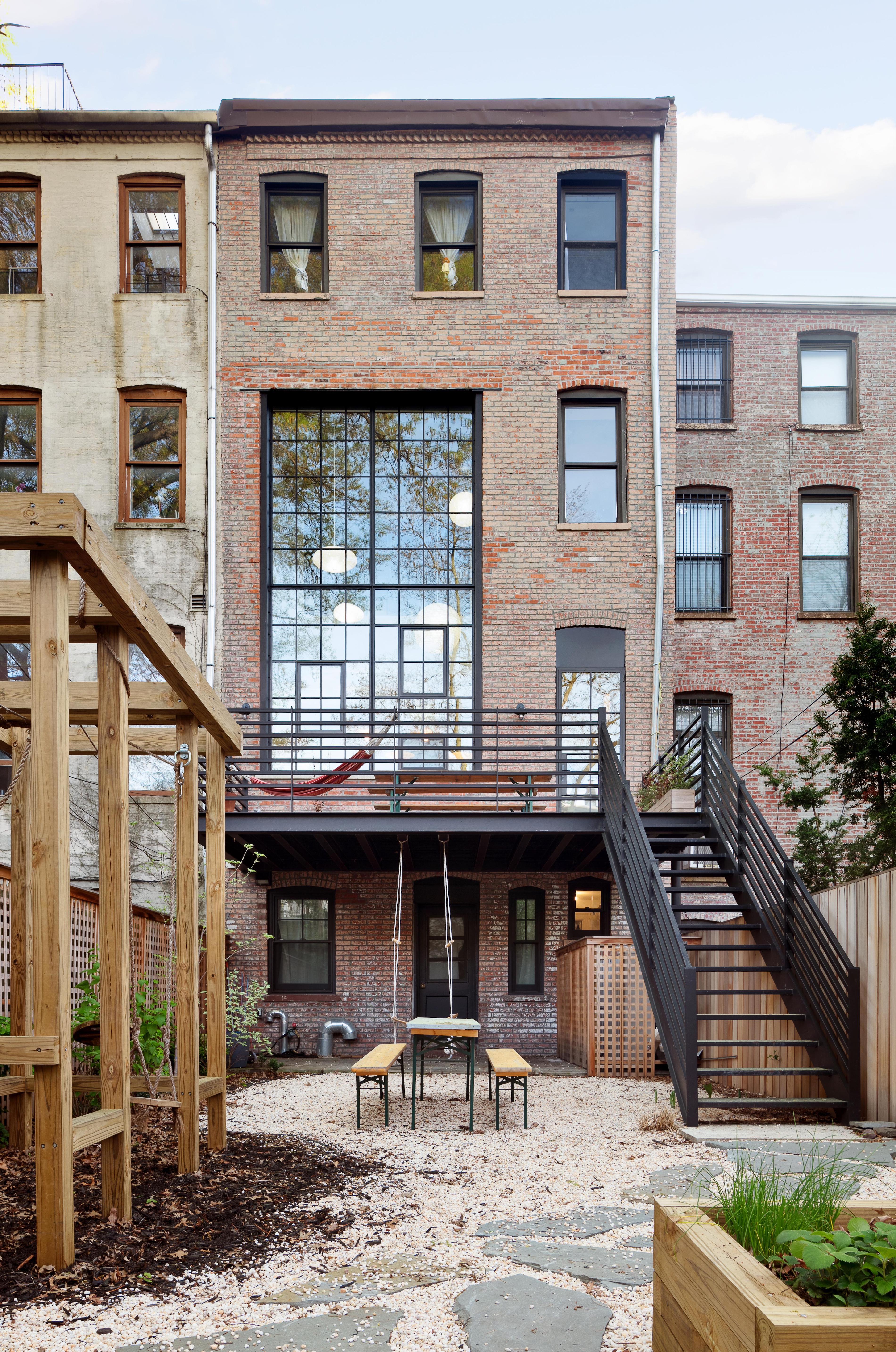 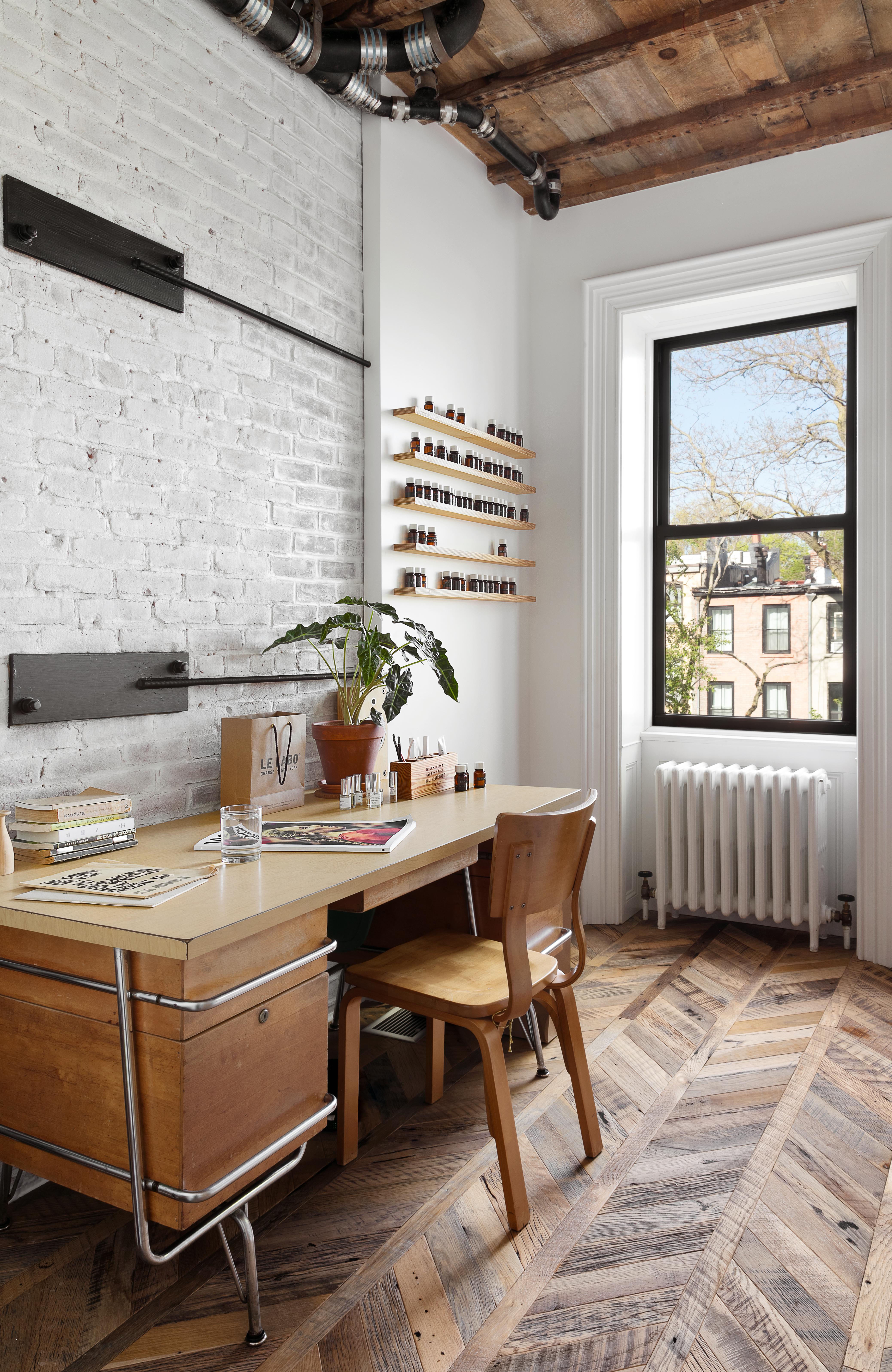 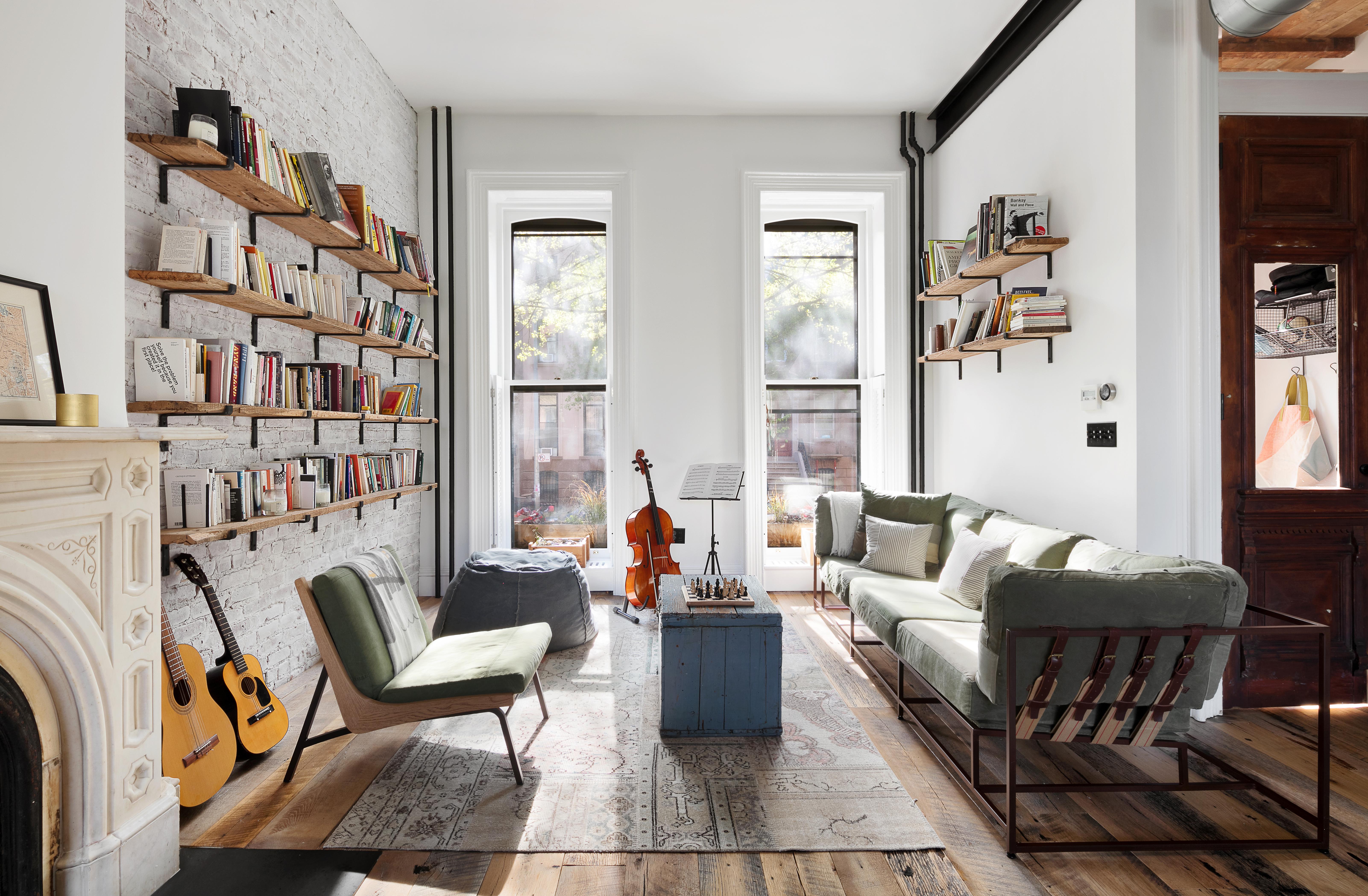 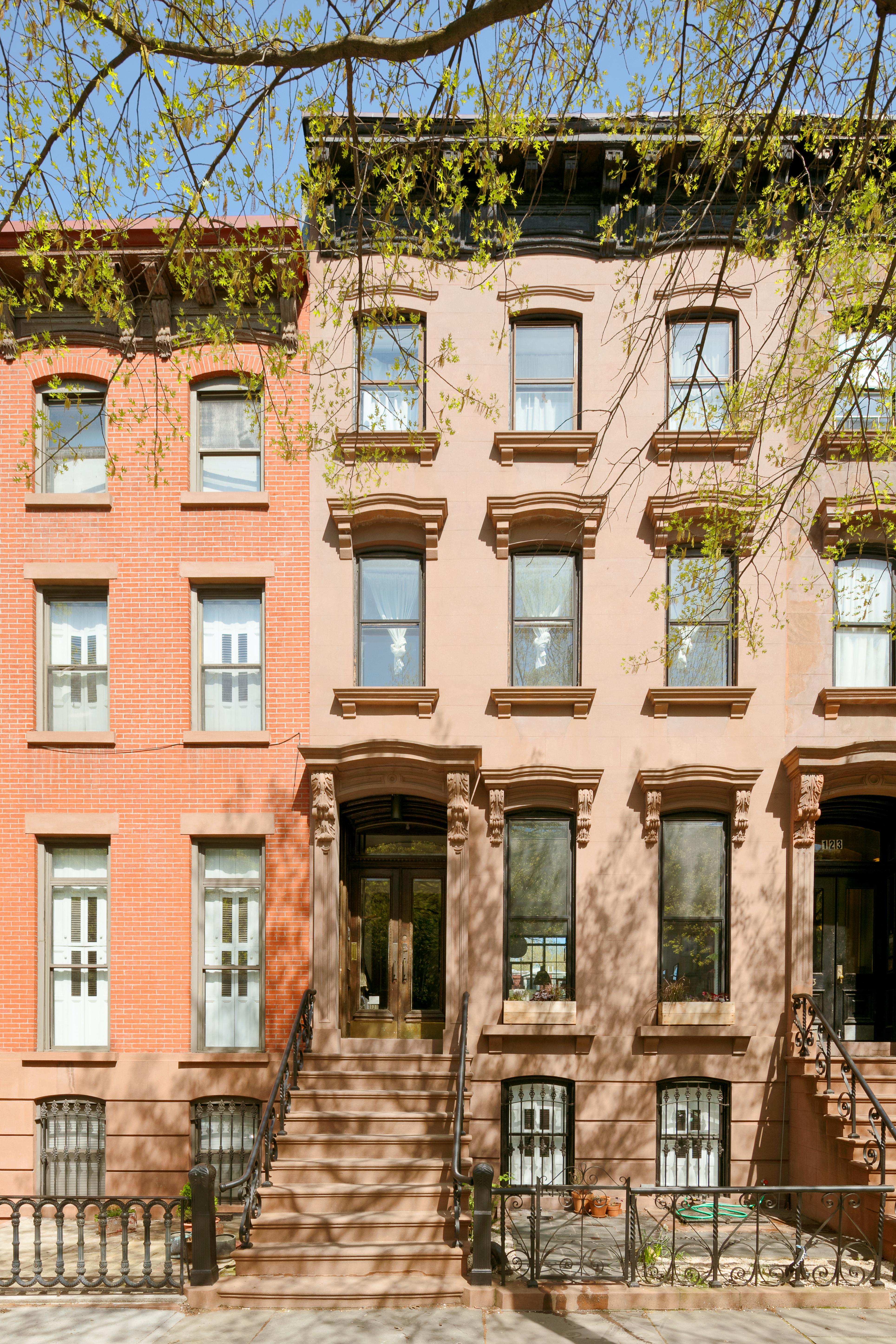 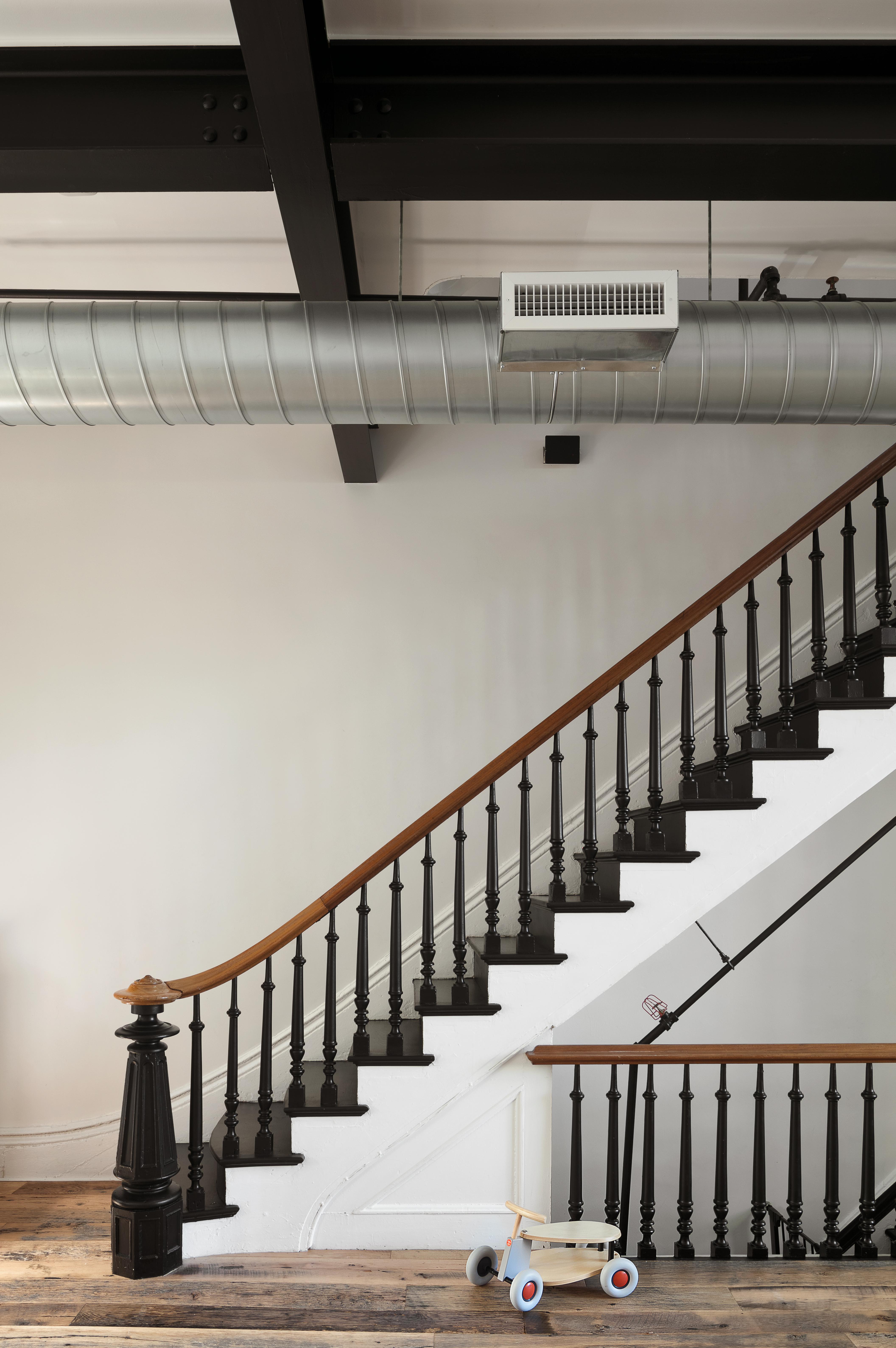 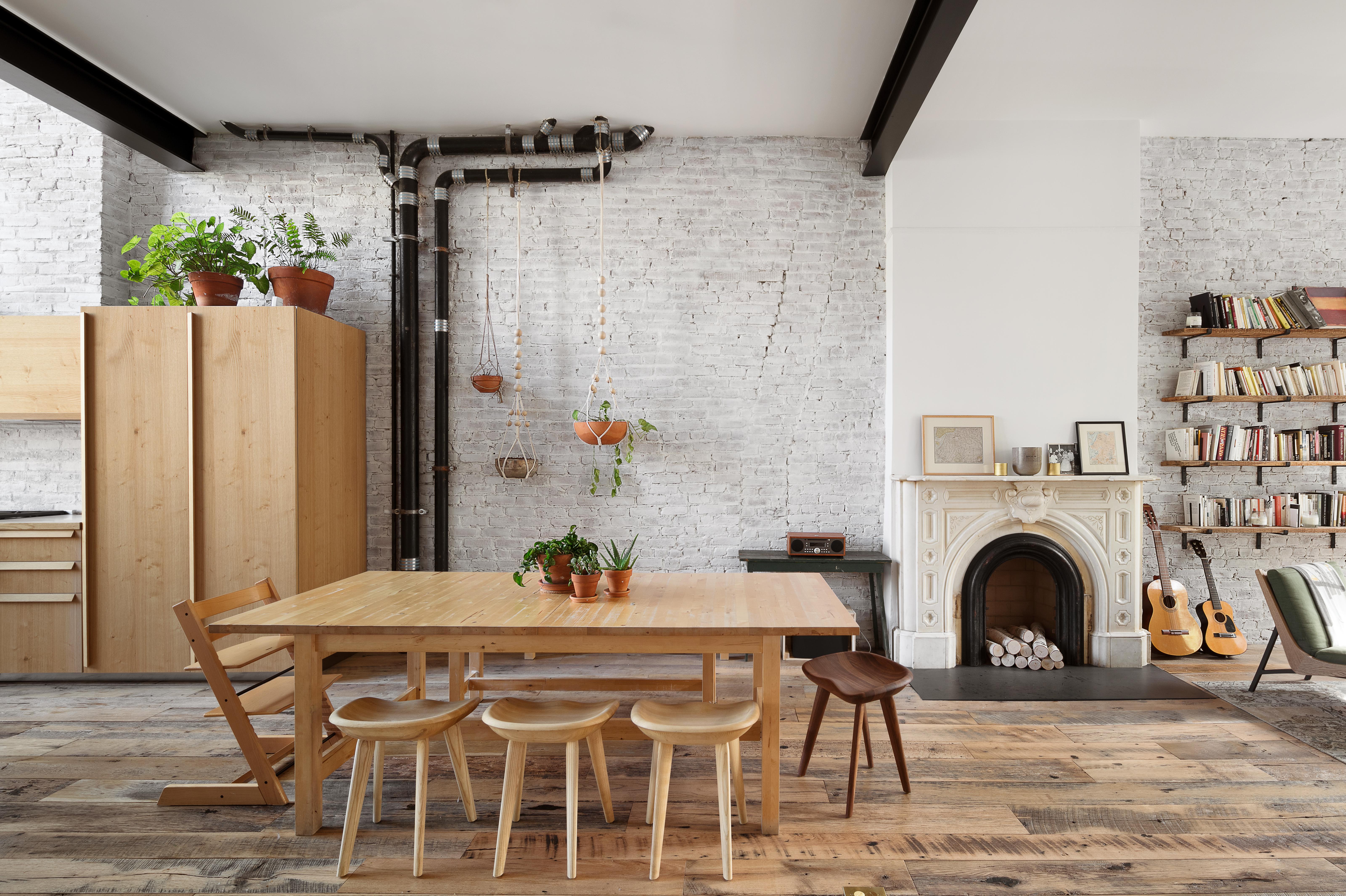 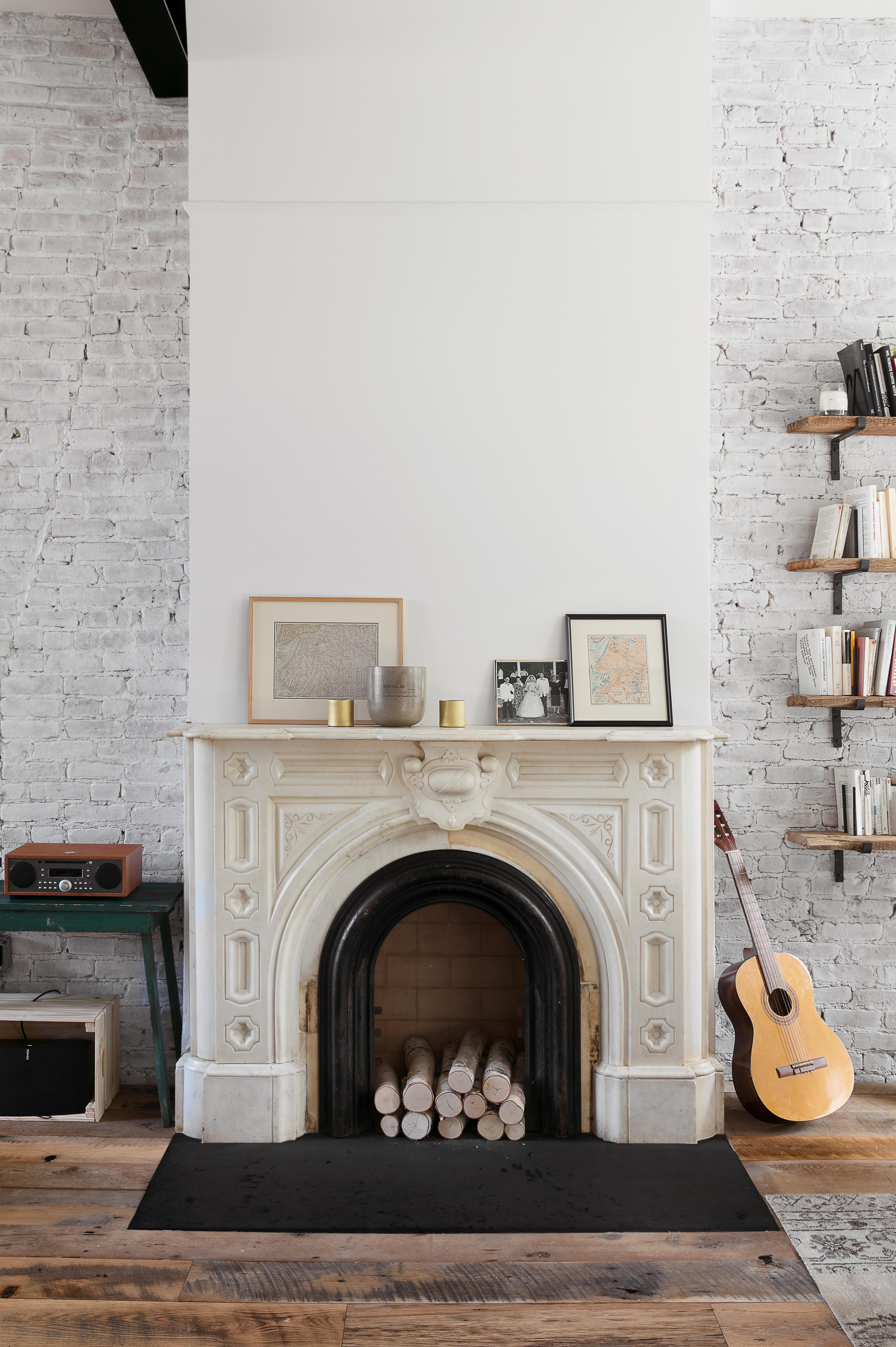 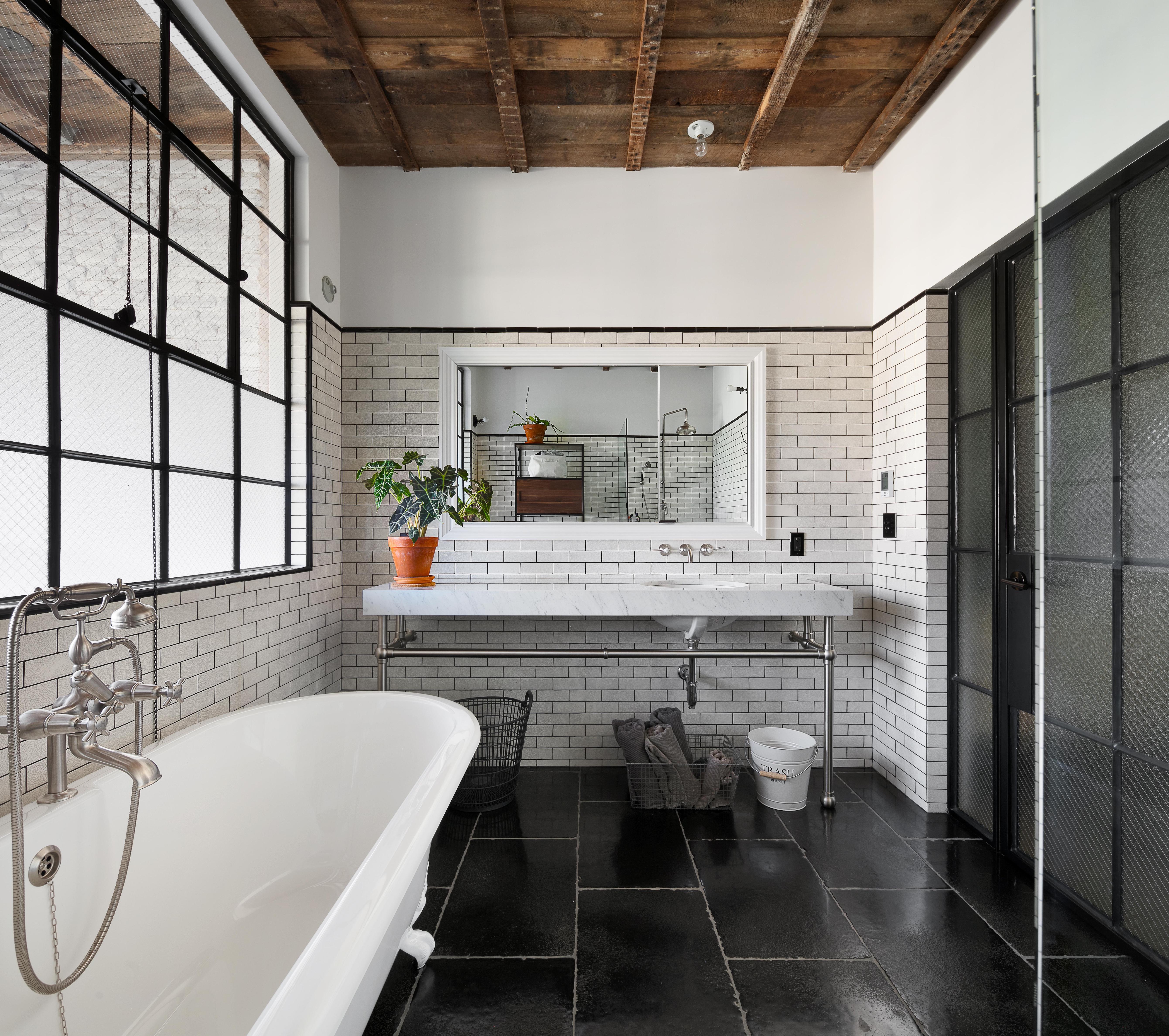 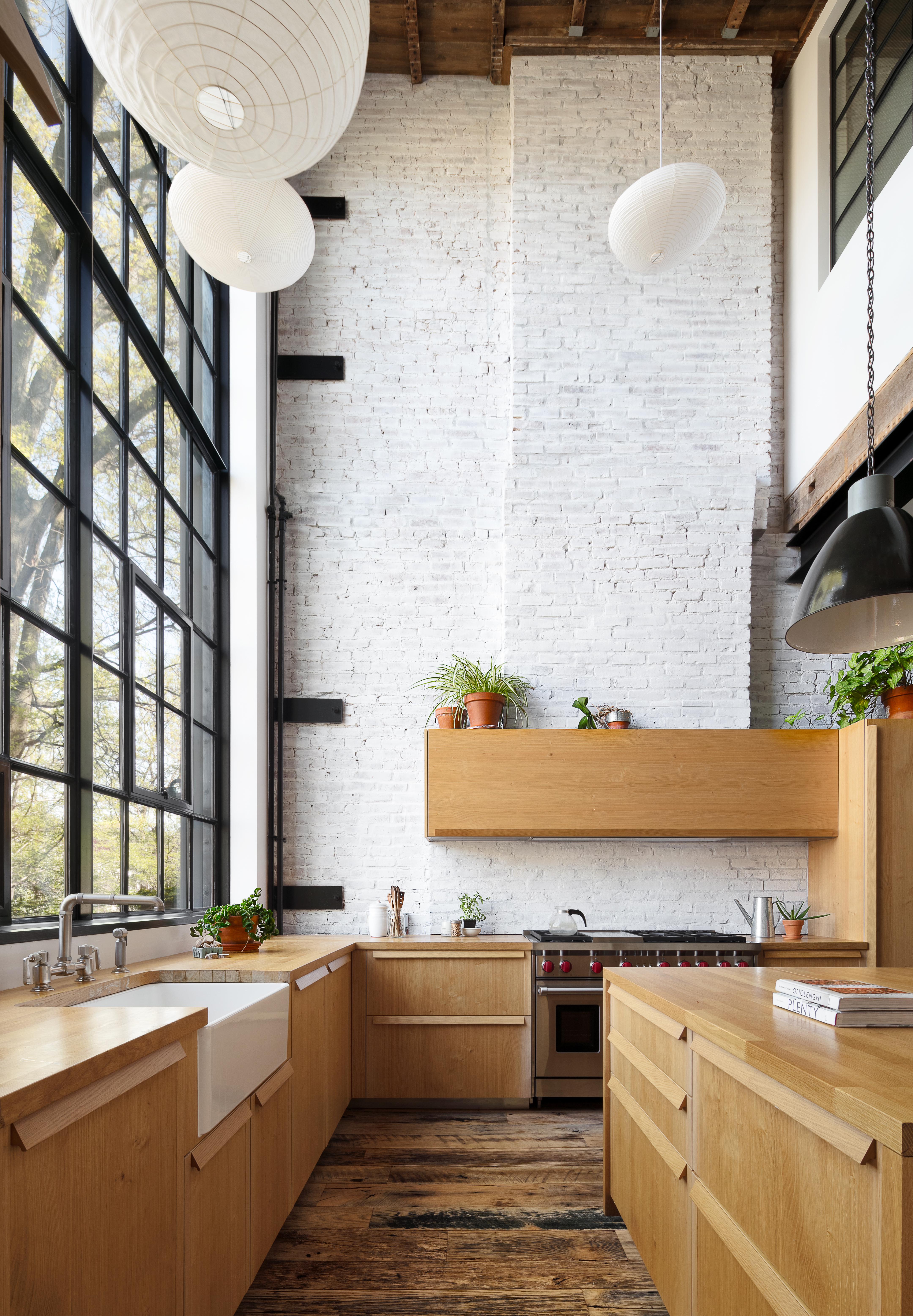 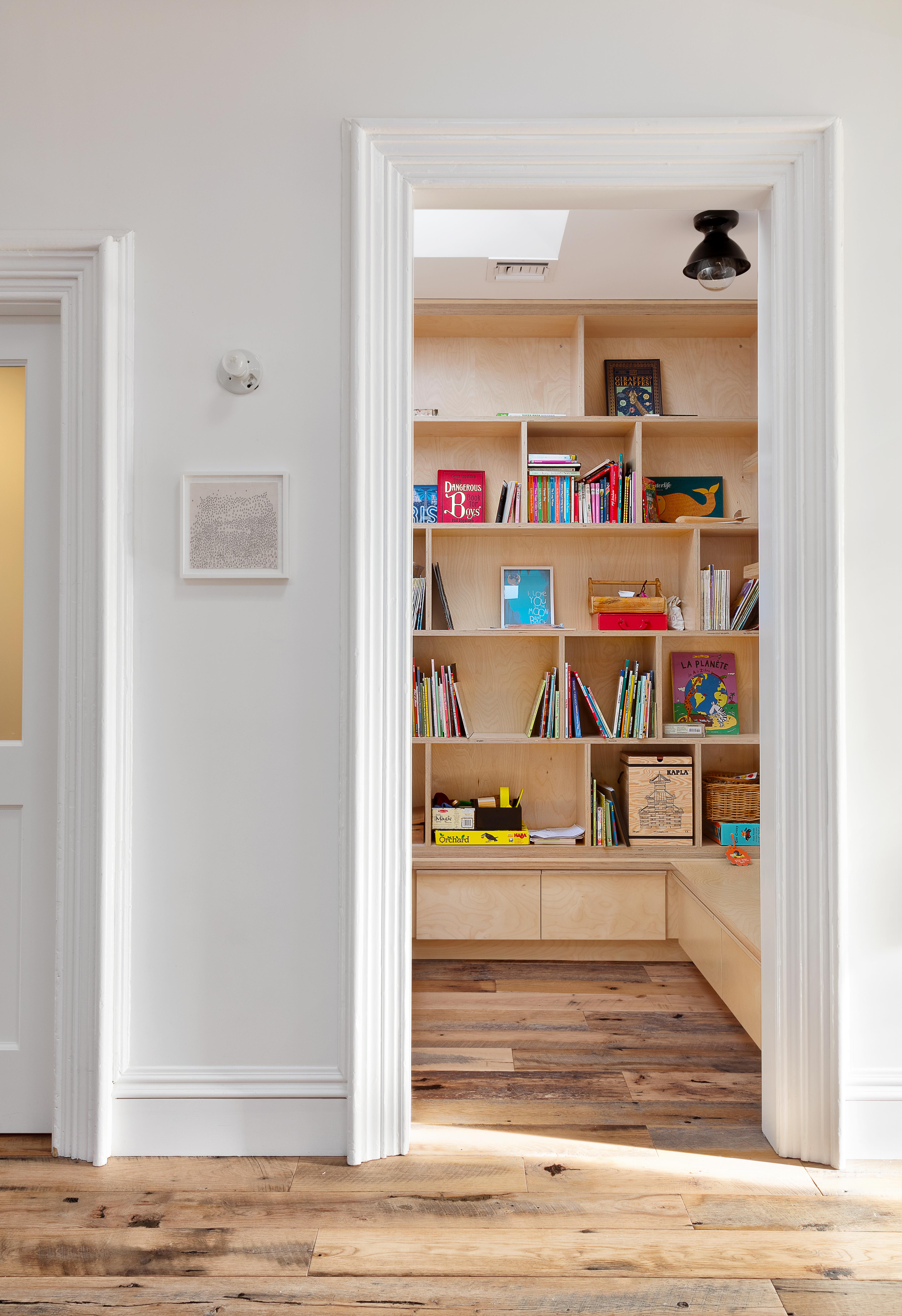 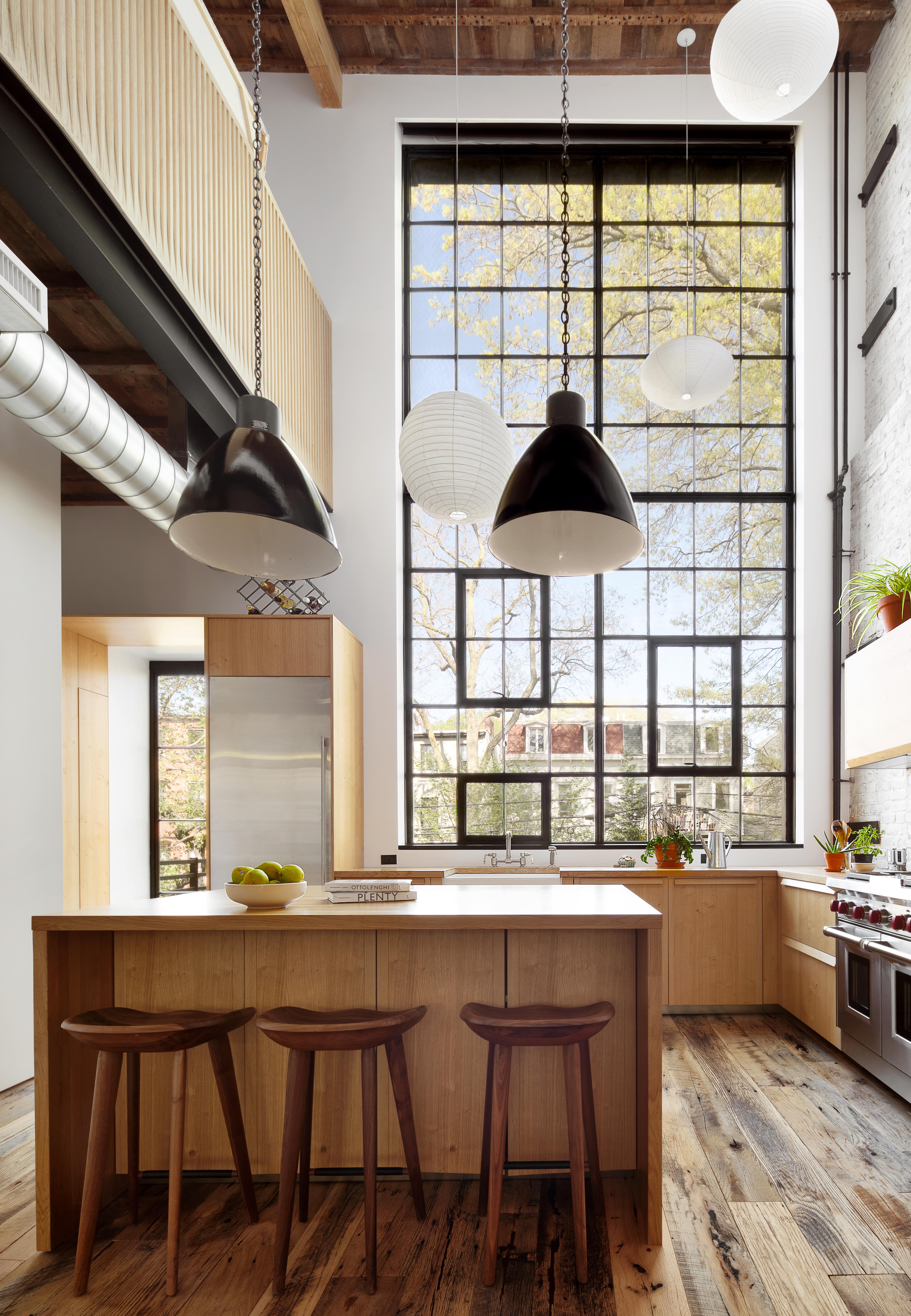 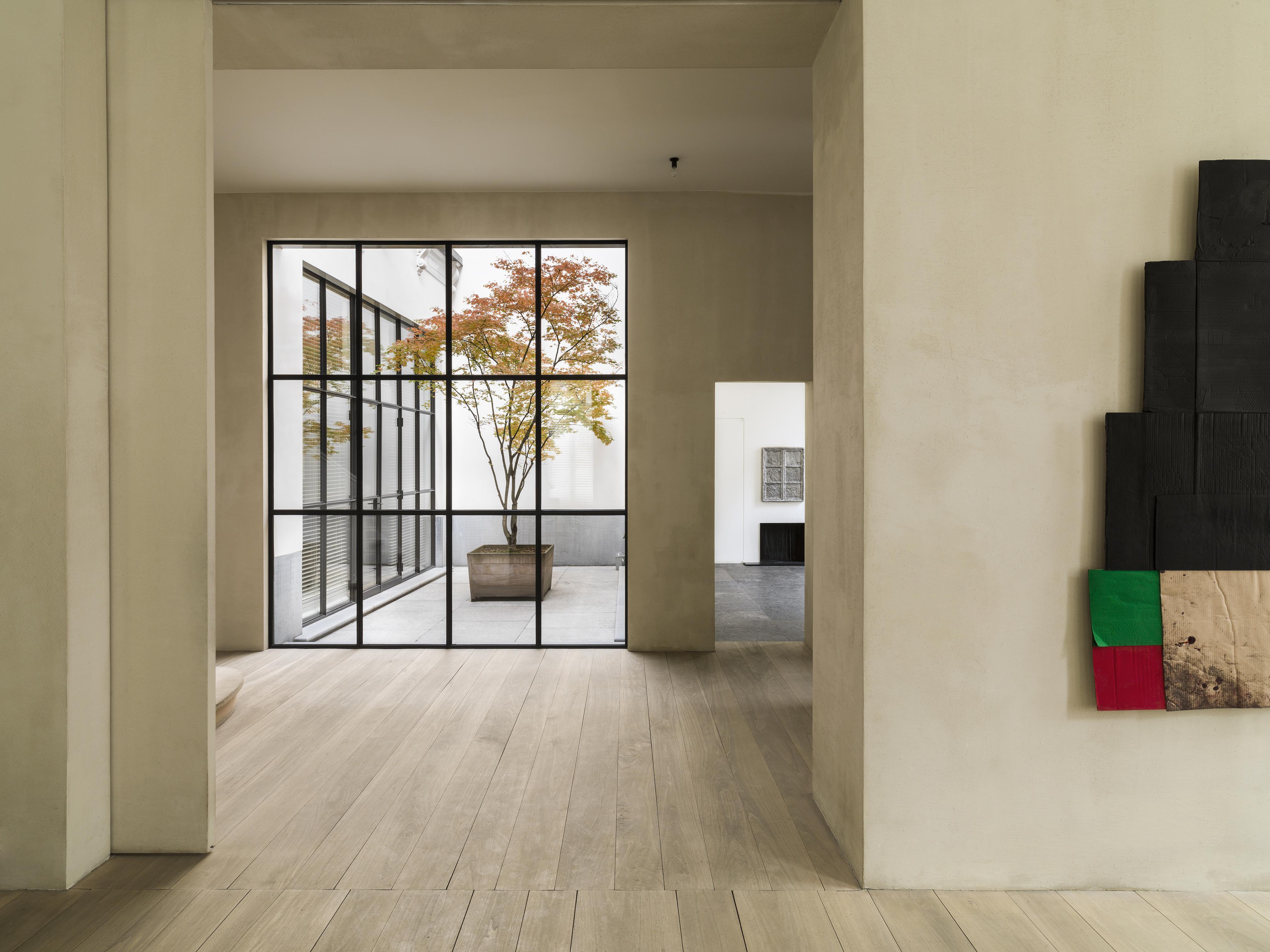 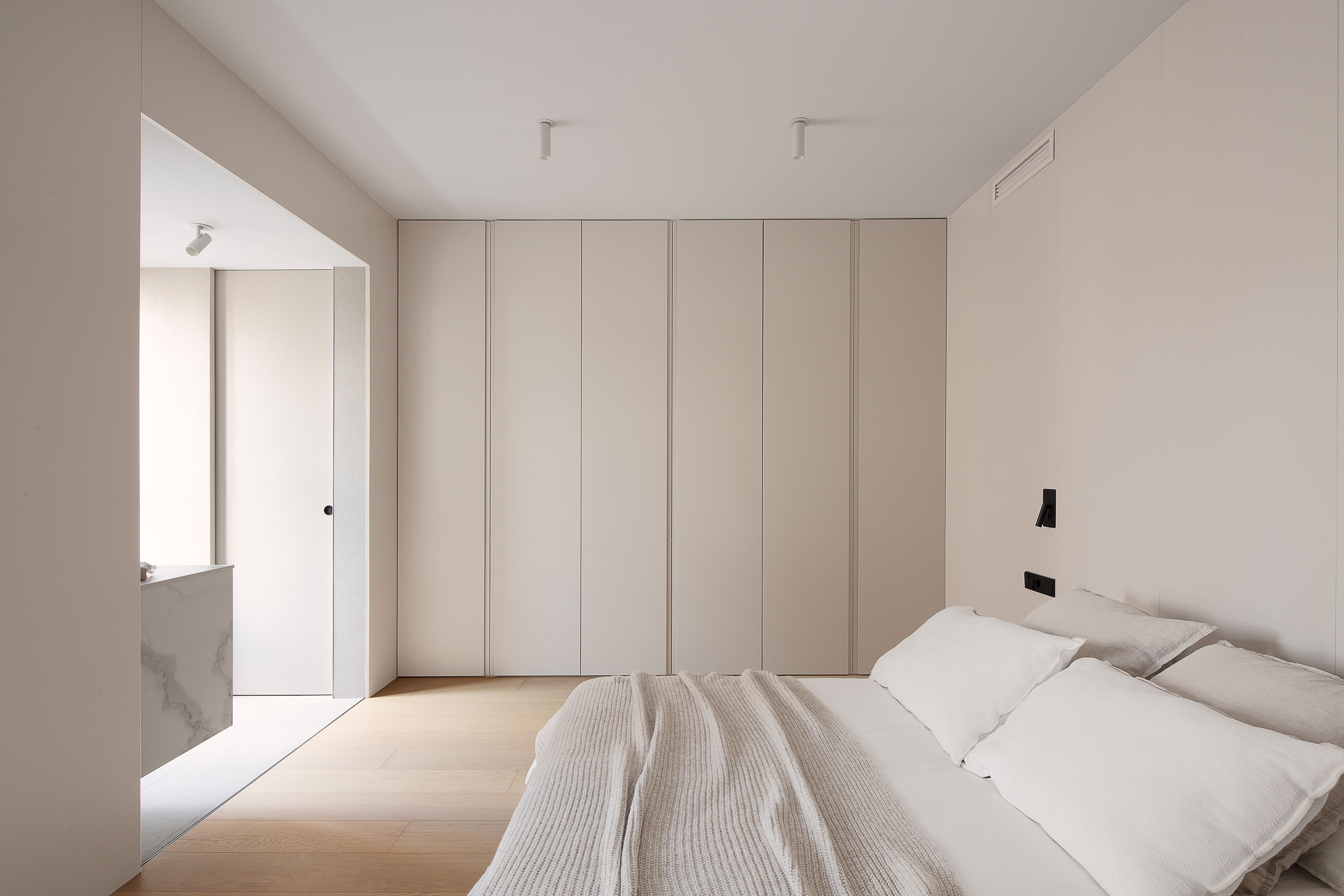 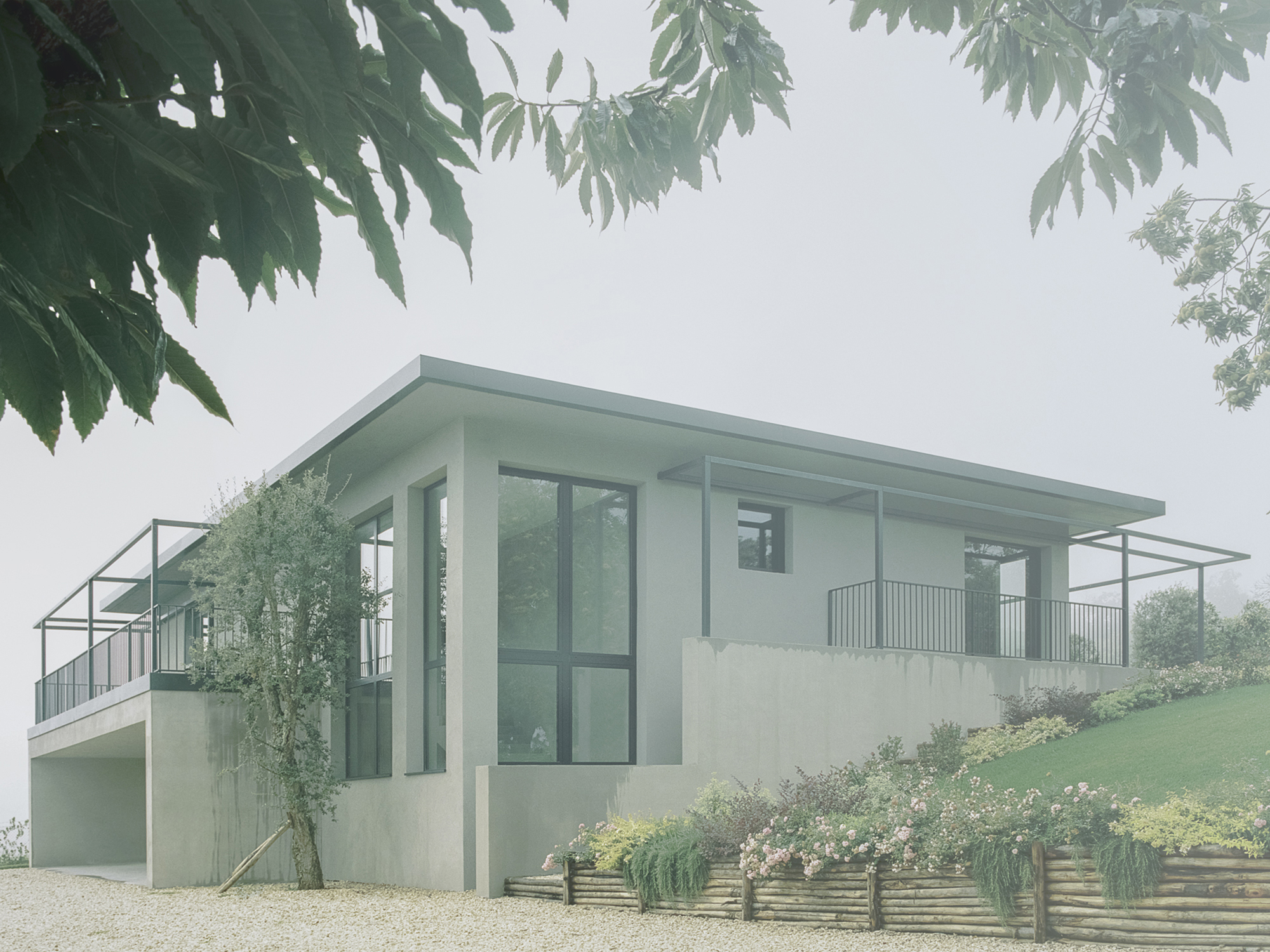