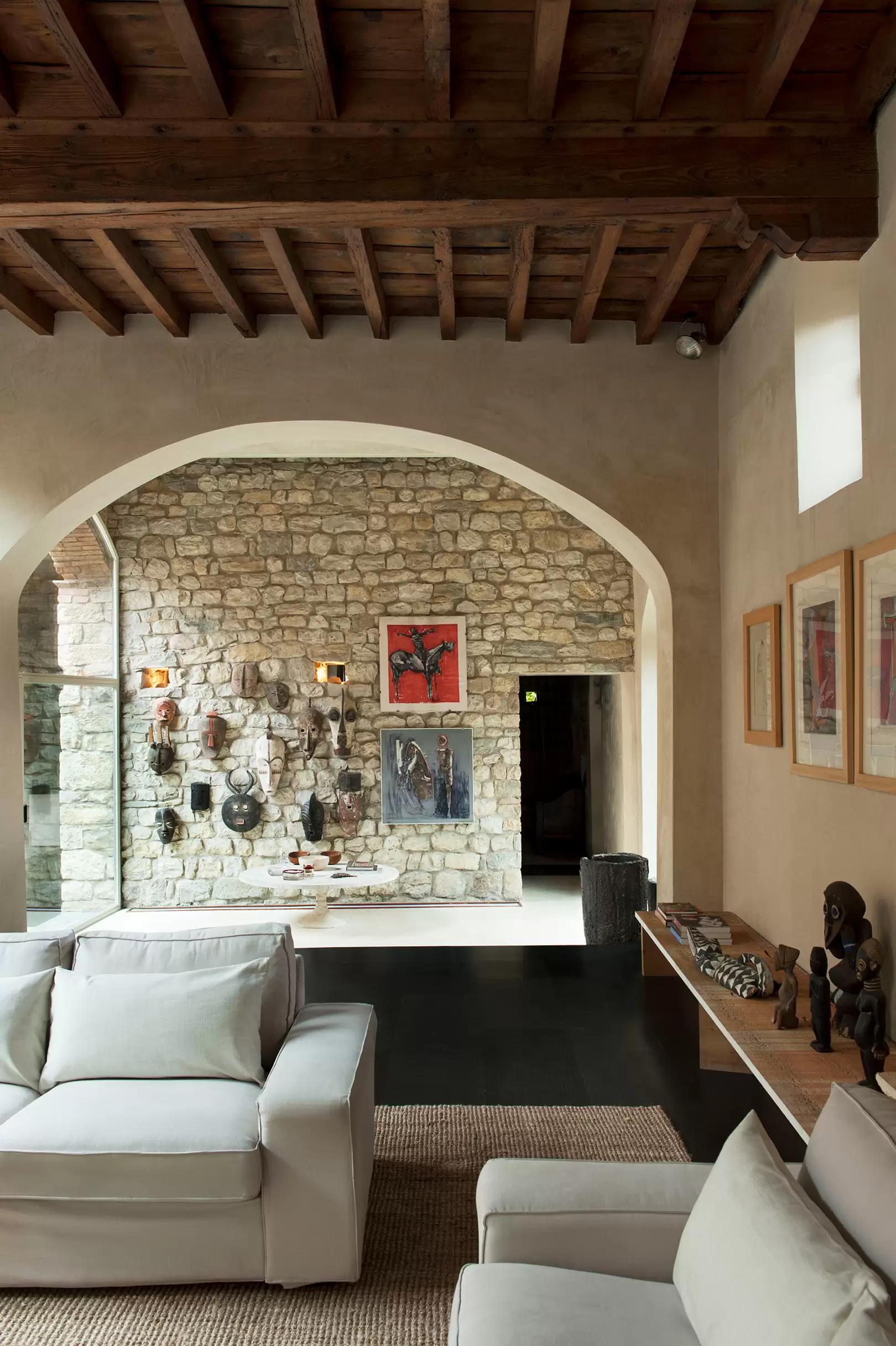 Bruno Sacchi was one of the legendary Italian architects that achieved many great projects with his collaborator Giovanni Michelucci who is also one of the most well-known post-war architects of Italian culture. He was specialized in renovation and restoration projects, commitment and respect he had to his Italian roots especially had a major role for him to sign his name under these great projects. He was looking for a residence with his wife to raise their children and this led them to medieval tower in Florence. Sacchi was fascinated by the twelfth-century tower which was originally built as a watchtower on the splendid hills of Florence.

The property was a place witnessed to history for many years. It was being used for agricultural purposes and served as a residence to a gentleman back in time. The project that Sacchi had in mind when buying Torre was beyond it’s time and quite innovative. Renovation of the place took three years with a great respect to it’s originals. He mostly used a hammer to expose frescoes from the original of the building and he spent his time exploring how building takes the daylight during various times of day to utilize each space in it’s maximum efficiency to create a visual feast.

The doors of the place had a great value for the design since they were lately the amusement of Sacchi’s life as he was spending his days painting them and adding joyfull touches. Black and white slate flooring dominates the ground floor but gives a glitter to the furnishing in light color as it helps them to reveal.

The ground floor of the place now serves as dining room. Frescoes on the walls dating from 1345 and wooden ceiling supported with roof beams makes a representation of the classic Italian structures while wooden table surrounded with eames wire chairs by Herman Miller makes a modern touch. An outdoor sitting room created by his wife Jane under Bruno's 'Mondrian' mural on the loggia wall creates a restful atmosphere as it also goes along perfectly with the rest of the Sacchi’s design.

What distinguishes the Torre is the way Bruno brought together the old and contemporary. While he stayed loyal to the original of the building on construction with using the original elements of the place, he preferred both contemporary and classic features for furnishing. The balance he creates through a contrast brings a high value to the design. 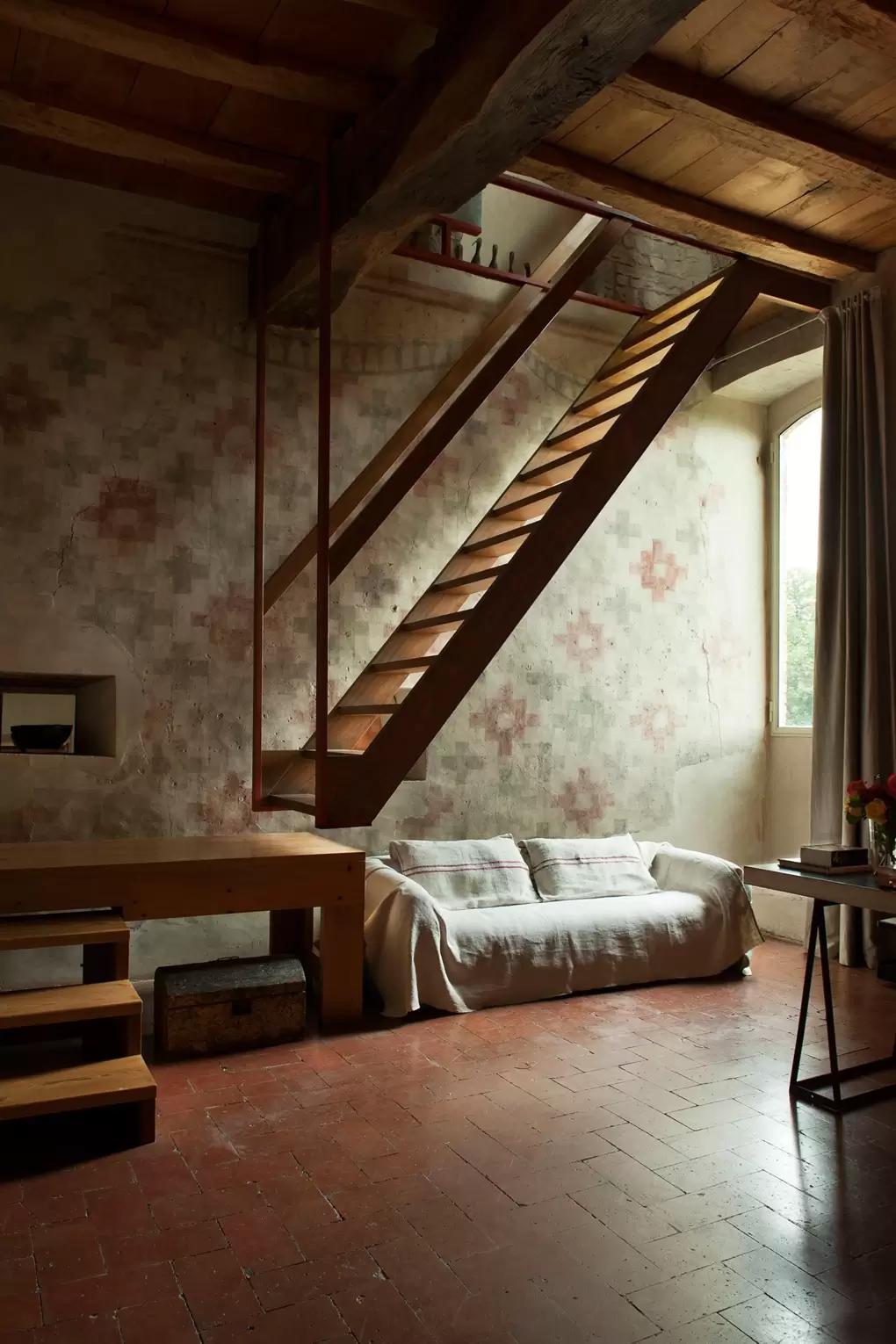 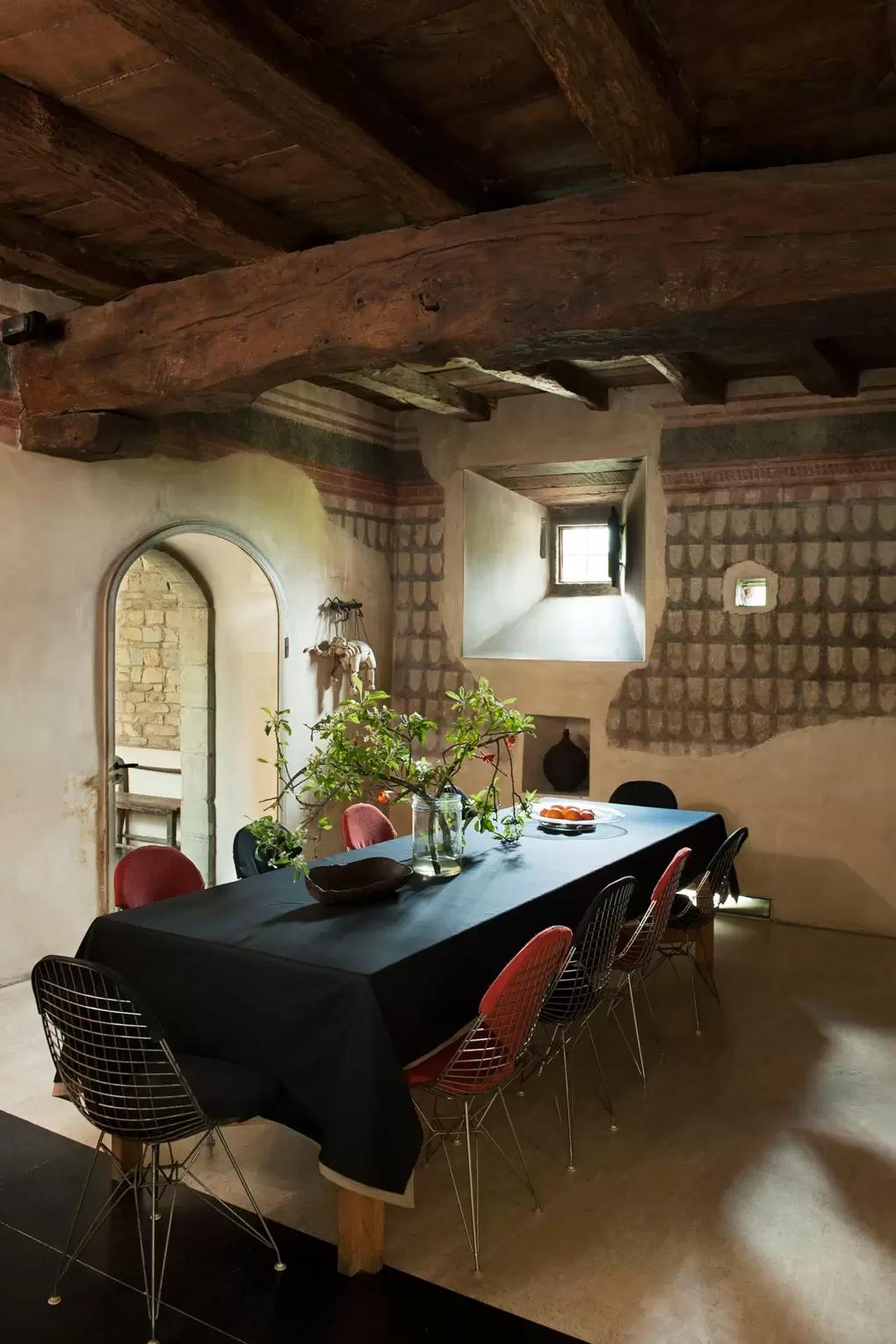 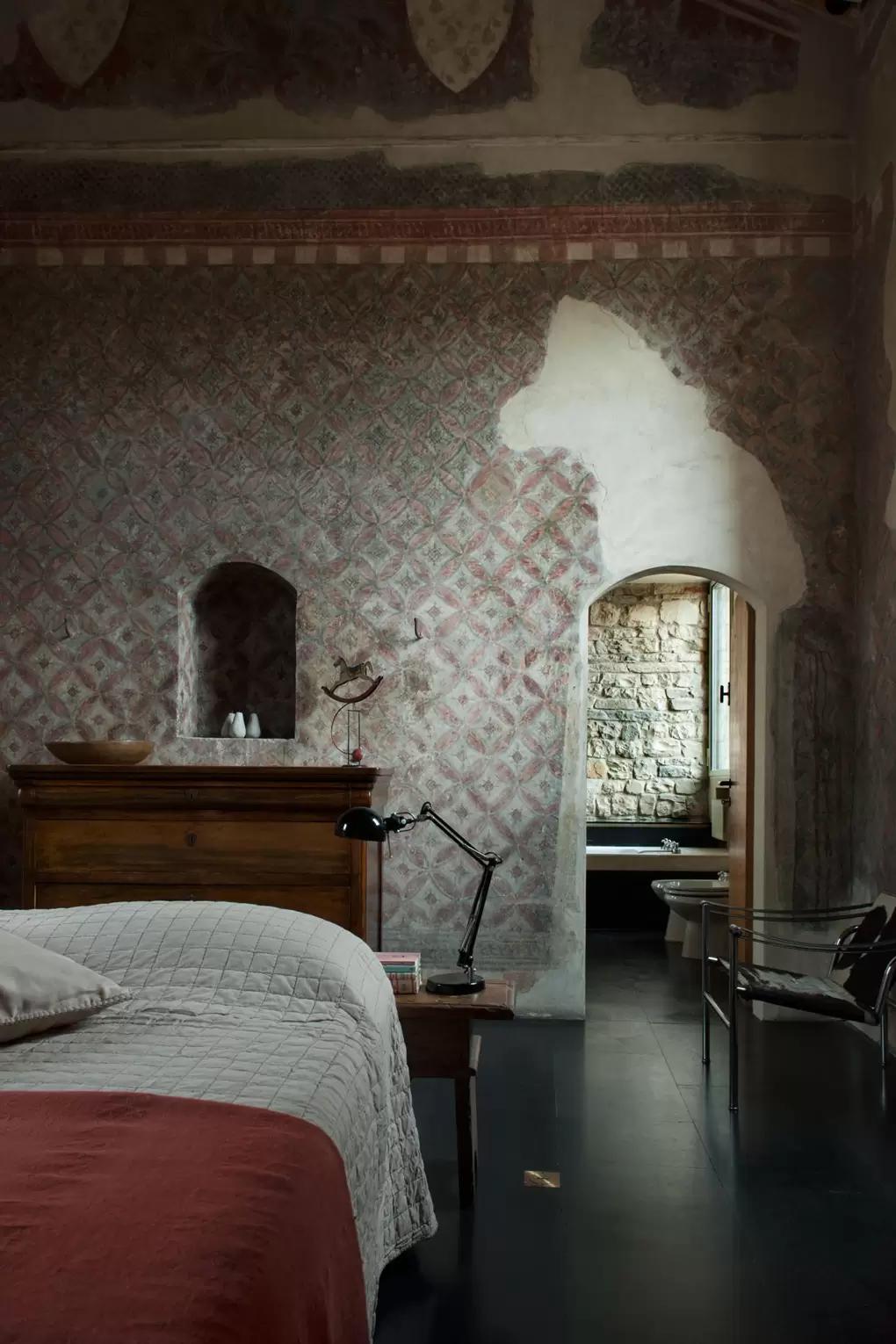 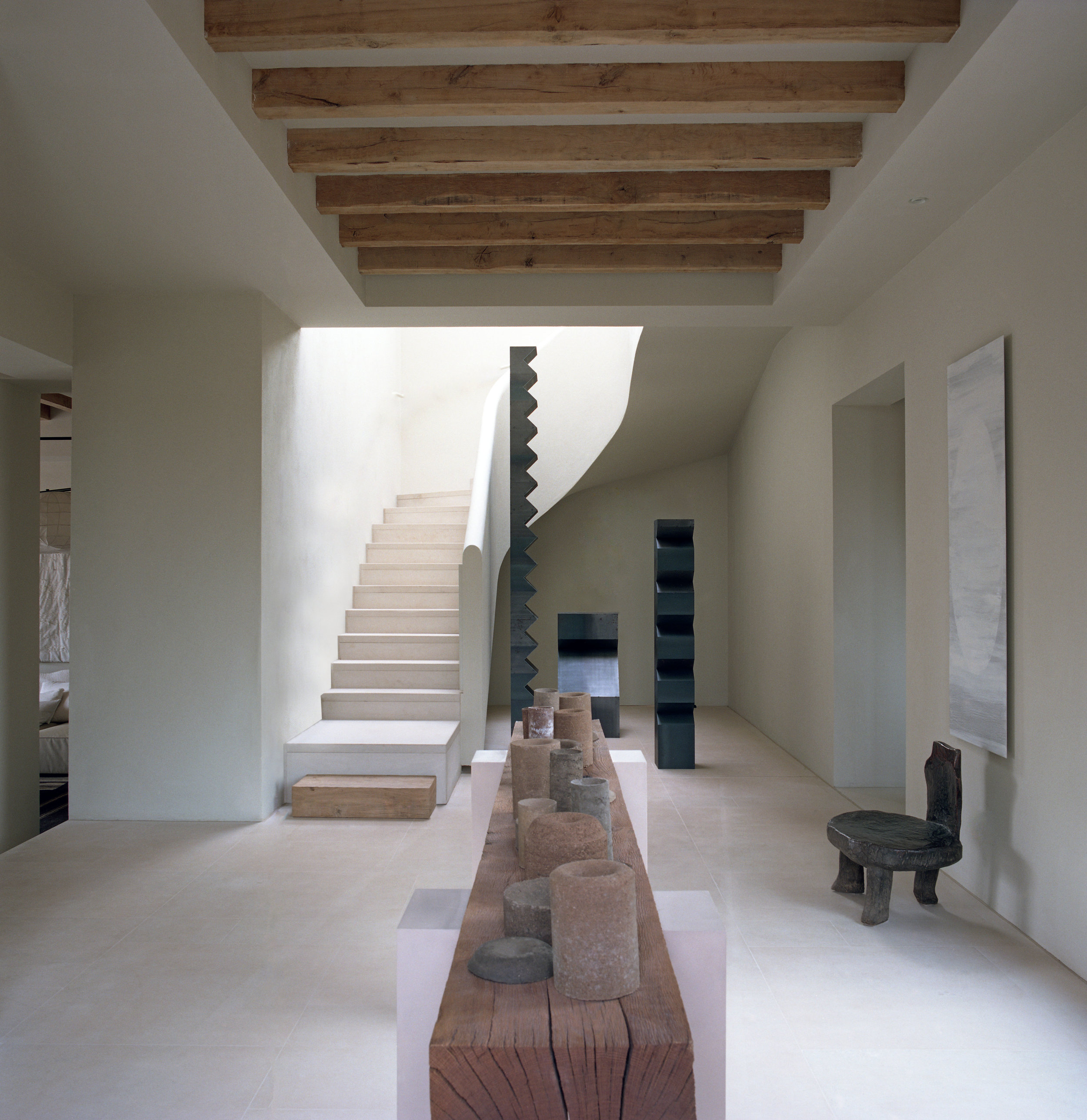 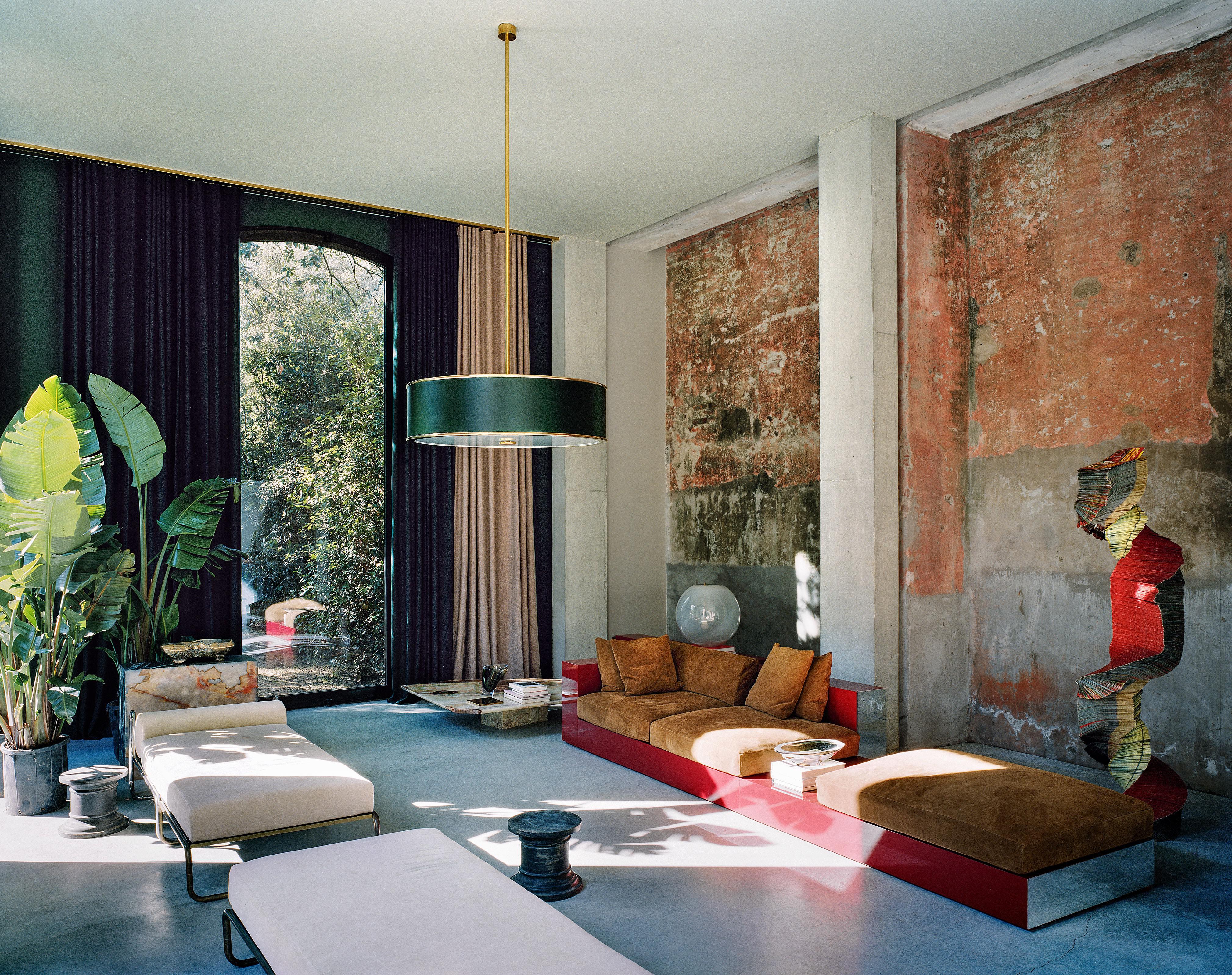 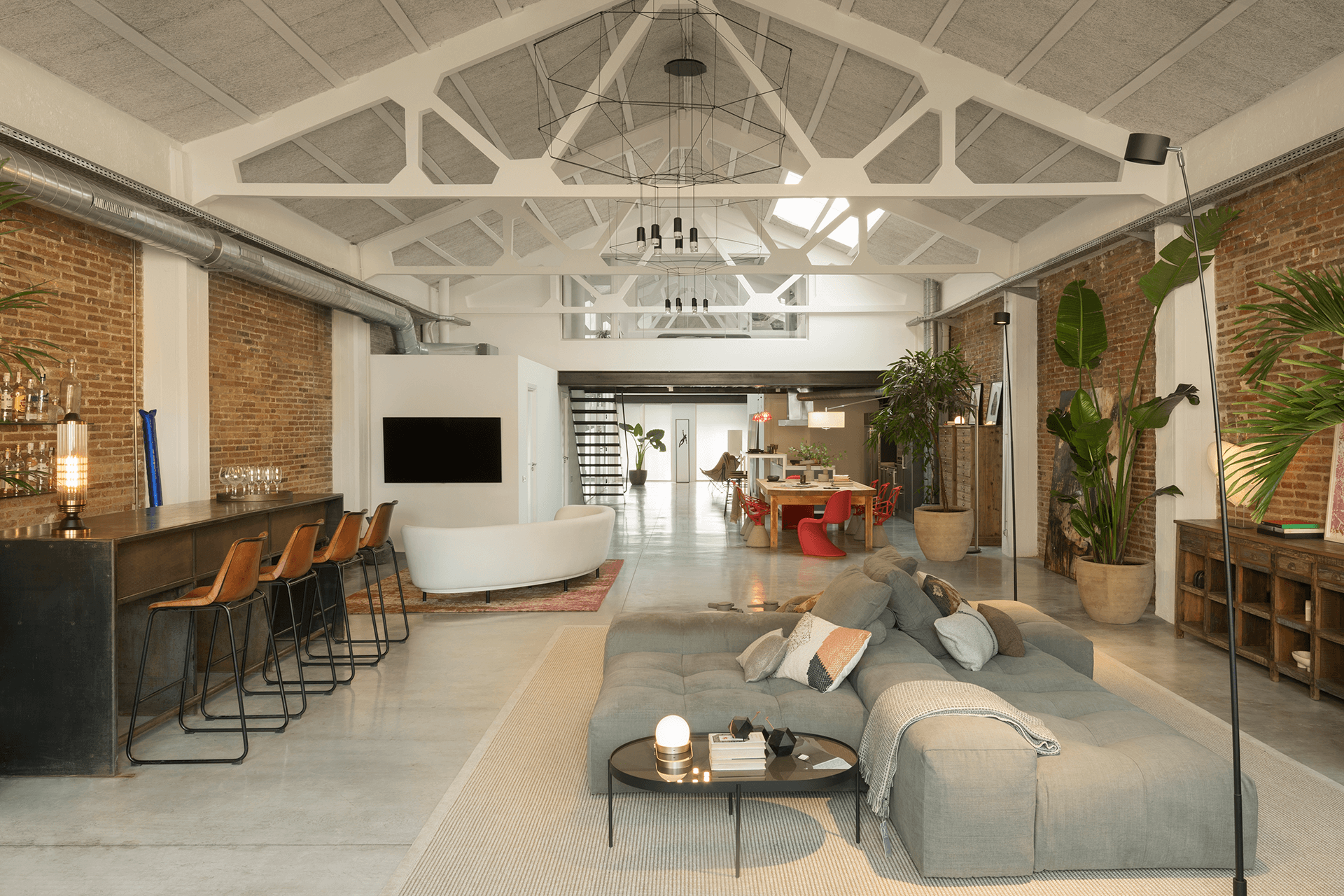 Loft Poblenou by The Room Studio