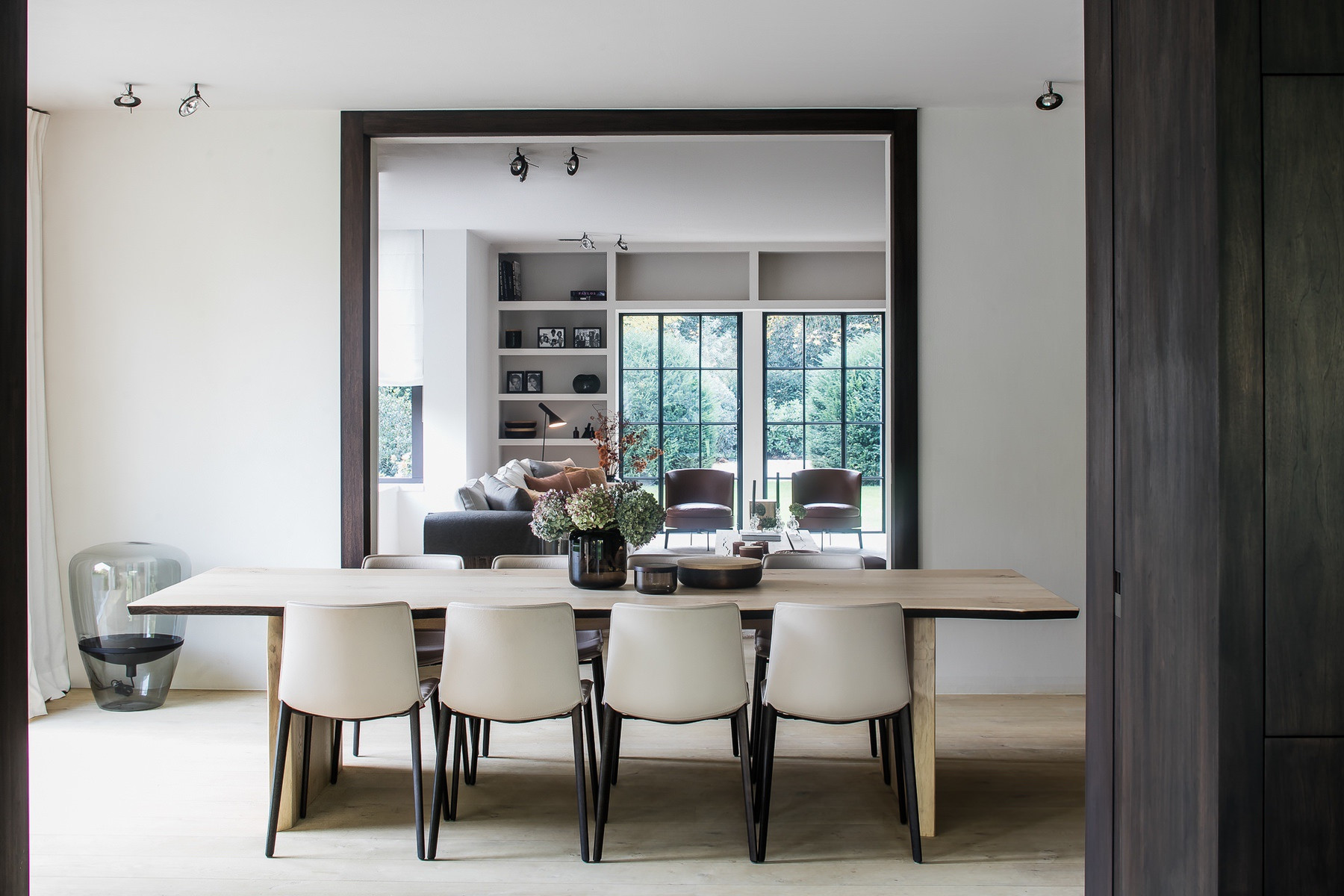 Residence VHC is located in Belgium and was designed by the Belgium-based architect Stephane Boens. Boens studied architecture in Ghent and taught by the postmodernist architect James Stirling at Rice University. He had a chance to get new experiences in various countries such as the United States, Belgium, and the Netherlands, and he came with a unique design in each project he had. What makes his designs unique is his approach as he stays away from the constraints of focusing on one kind of style. He works in both traditional and modern styles which he creates a great harmony through contrasts as it is also seen perfectly in Residence VHC.

The exterior of the residence looks like a dreamy place from a fairy tale with a peaceful atmosphere that can be felt even through the photos. The harmony of the exterior design with an excellent landscape is the key to create that peacefulness. Natural stones in beige color dominate the exterior and wooden external blinds take the attention as they show themselves modestly through light colors. While wooden window frames have been preferred for the upper side of the residence, both wooden and black window frames have been preferred for the sub-ground floor.

Even these different window frame preferences can be taken as an example to explain Boens’ approach since while a traditional look dominates one side of the residence; modern features in various sides create a contrast. Several sitting areas have been made on the landscape give a great chance to socialize in a great atmosphere. Using the same outdoor furniture for both open air space and loggia creates consistency between different spaces and the outdoor bar between them is just marvelous.

The same contrast between modern and traditional features has been made for the interior design as well but the transition is not as sharp as it’s seen in the exterior. A more modern look dominates the interior design but contrast has been created mostly through furnishing or colors. Dark color tones with bright colors catch the eye directly; few examples of that color contrasts are seen in dining table and chairs. Another feature of the residence that catches the eye is while decorative objects have been used in the living room to enrich the design, other areas such as the kitchen or bathroom are simpler and minimal decoration has been used

In private areas like bathrooms and upstairs, decoration has been provided through less furniture but more harmony that comes with consistency between materials. For instance, marble counter and marble flooring of the kitchen or the same application that’s been used in the bathroom. This kind of design preferences that create contrasts in separate areas are not always being used by today’s designers since many designers prefer to create harmony through staying loyal to one style, especially the trendy ones, but these bold preferences distinguish Stephane Boens’ approach in each way as he manages to create harmonious spaces through contrasts by bringing various styles together. 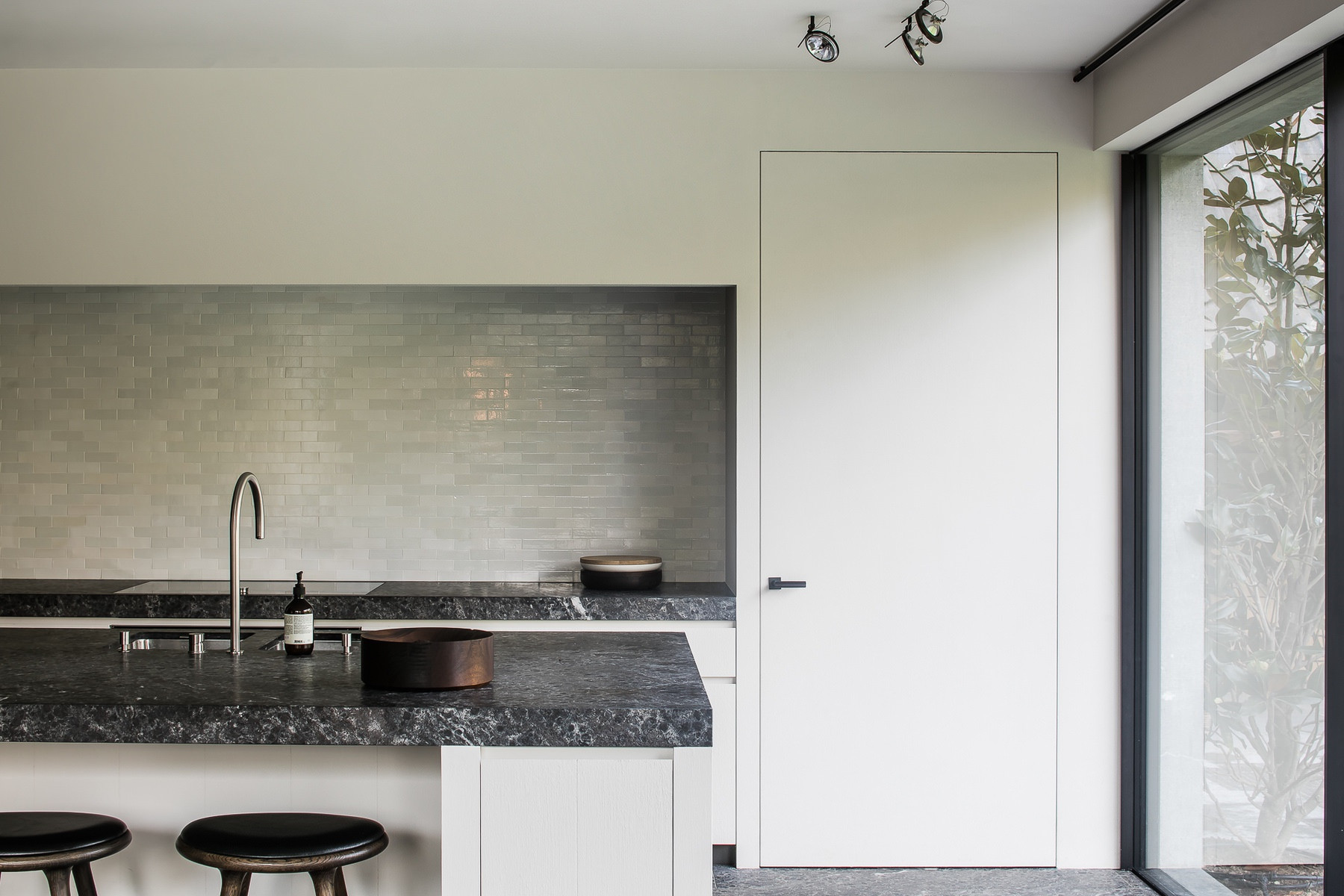 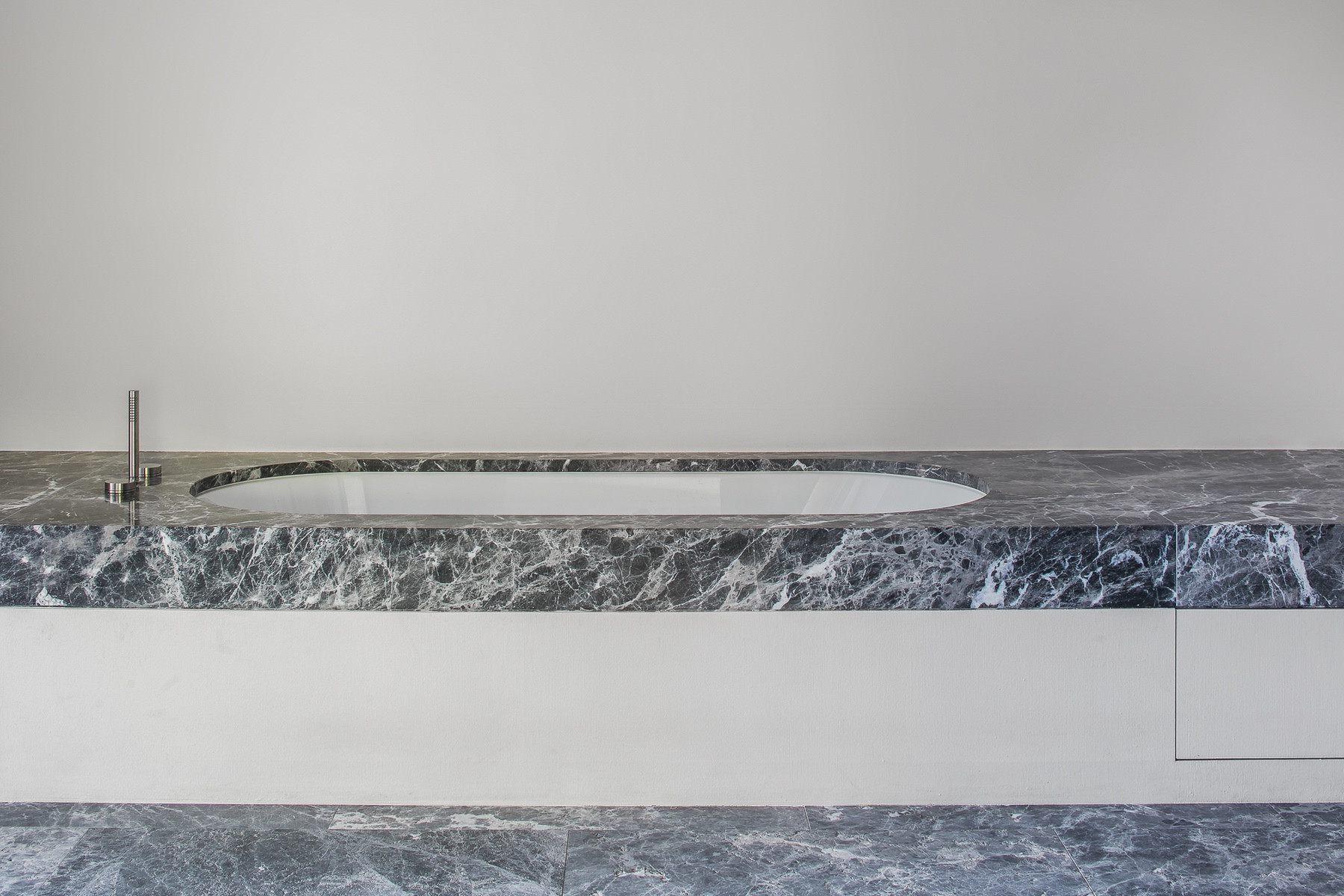 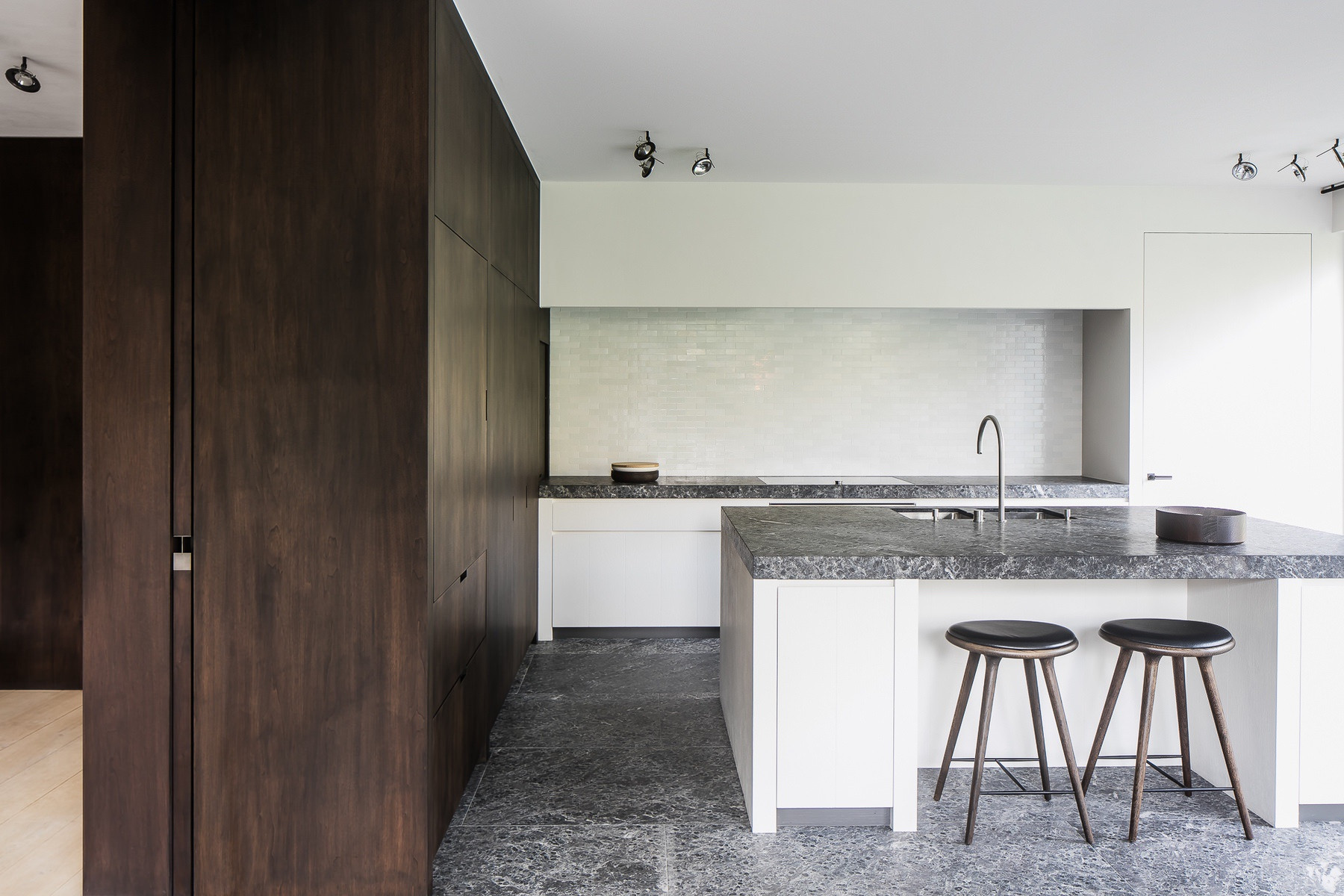 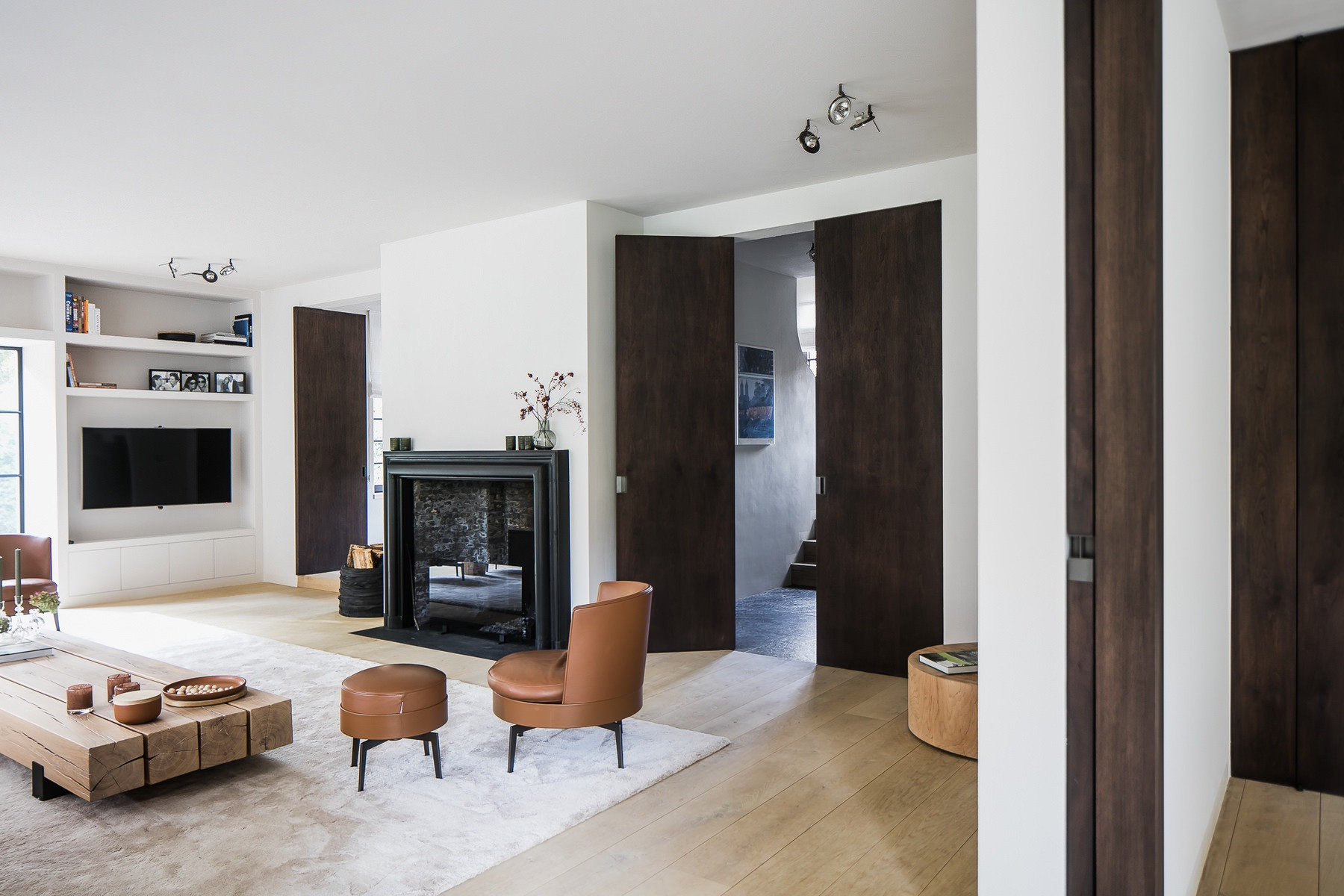 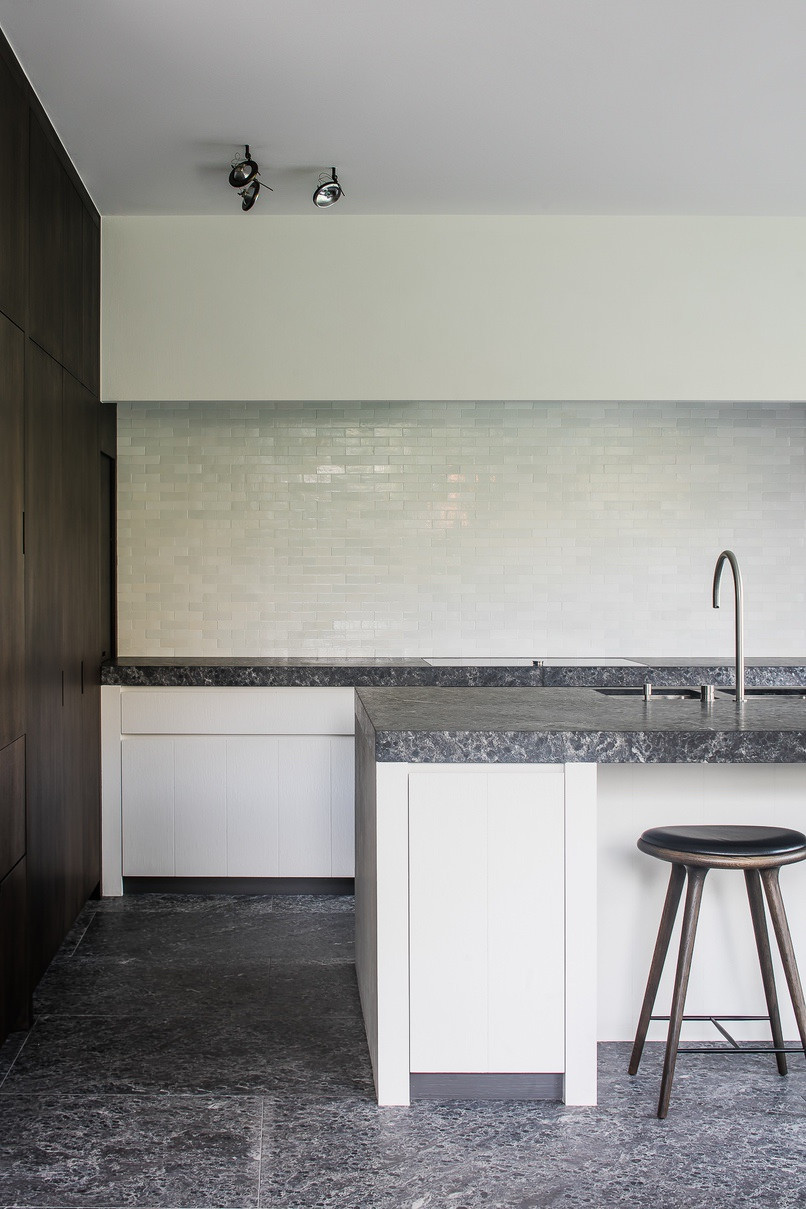 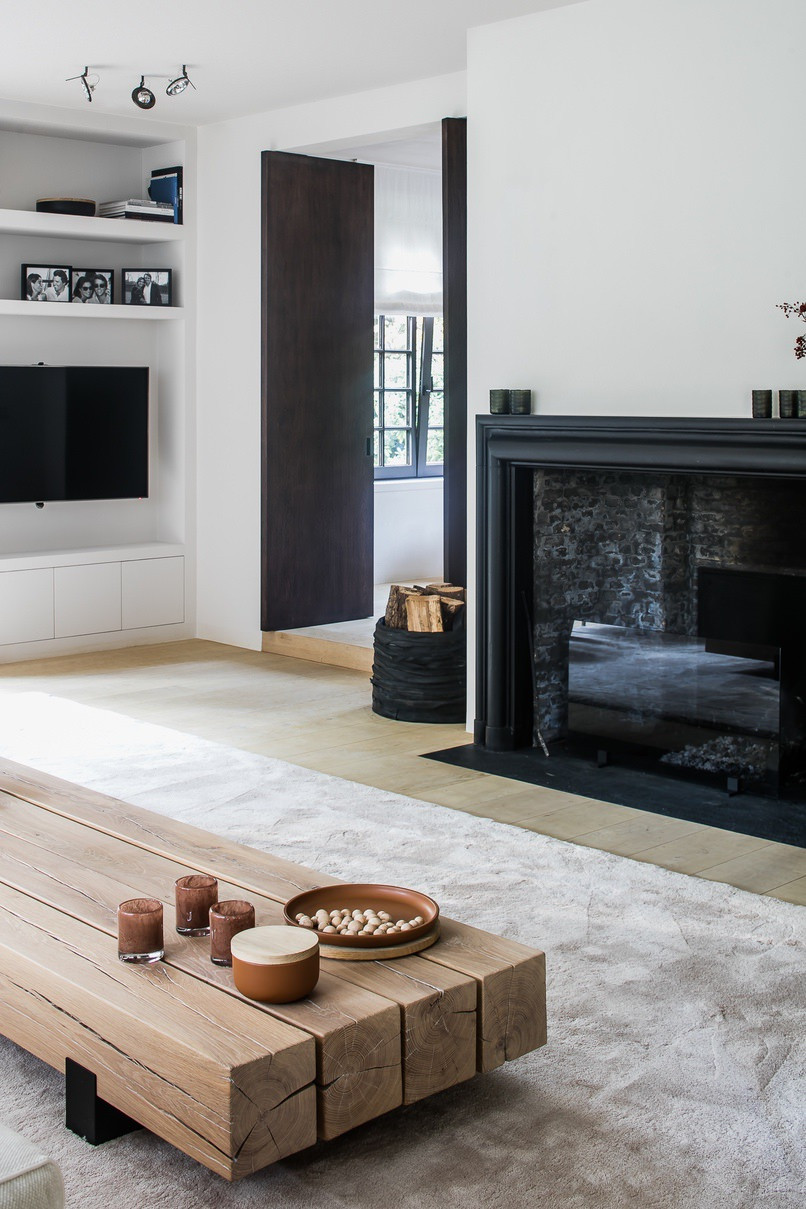 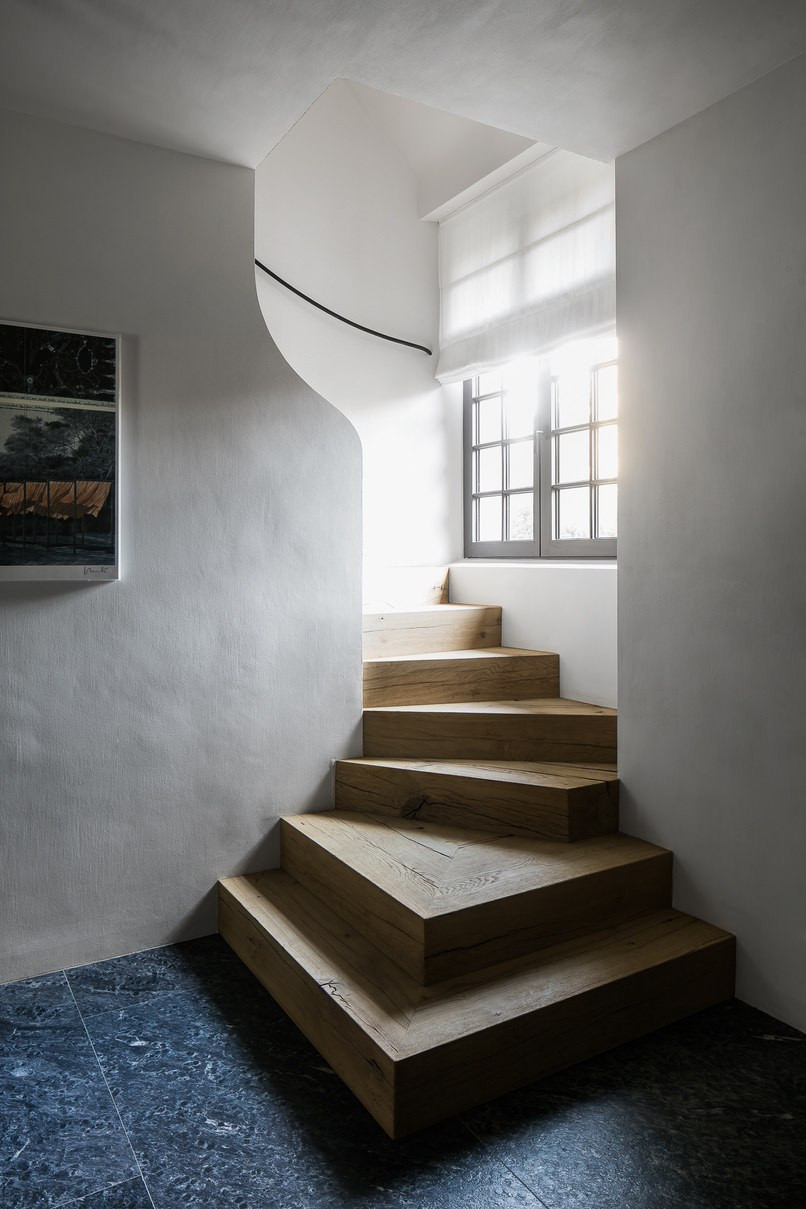 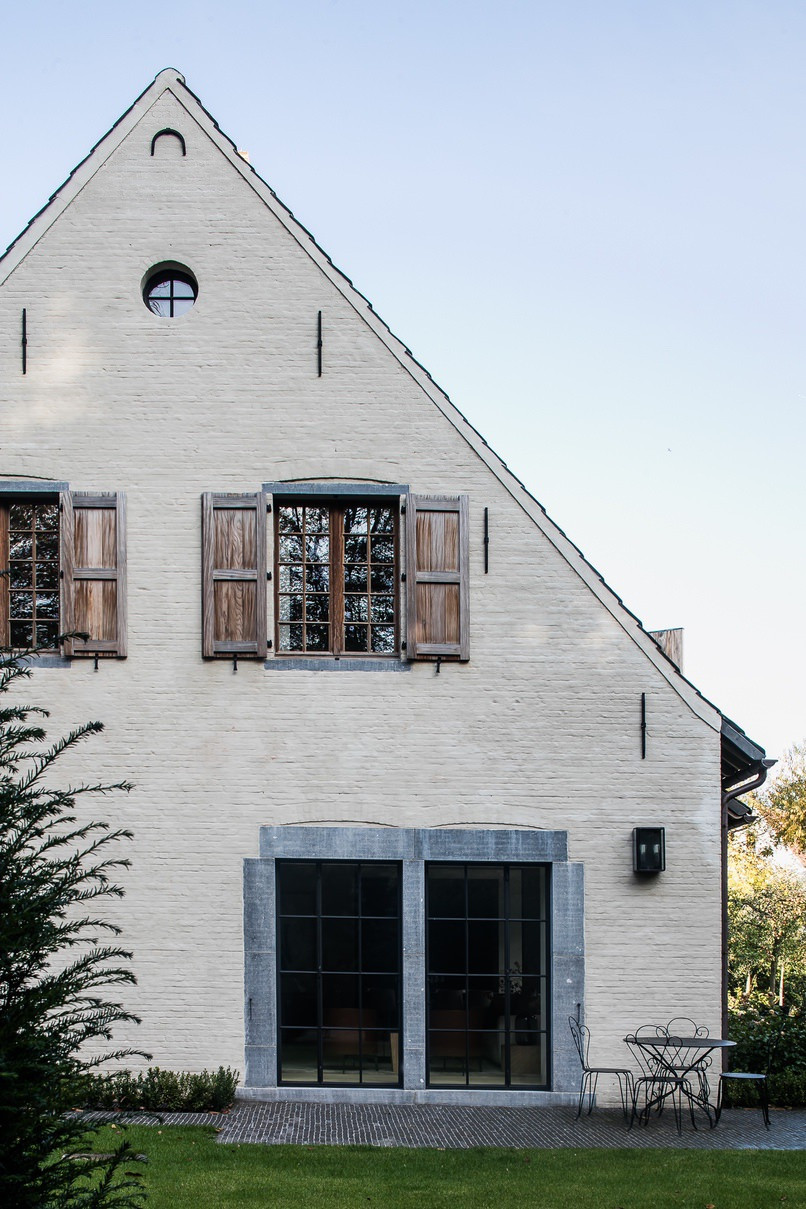 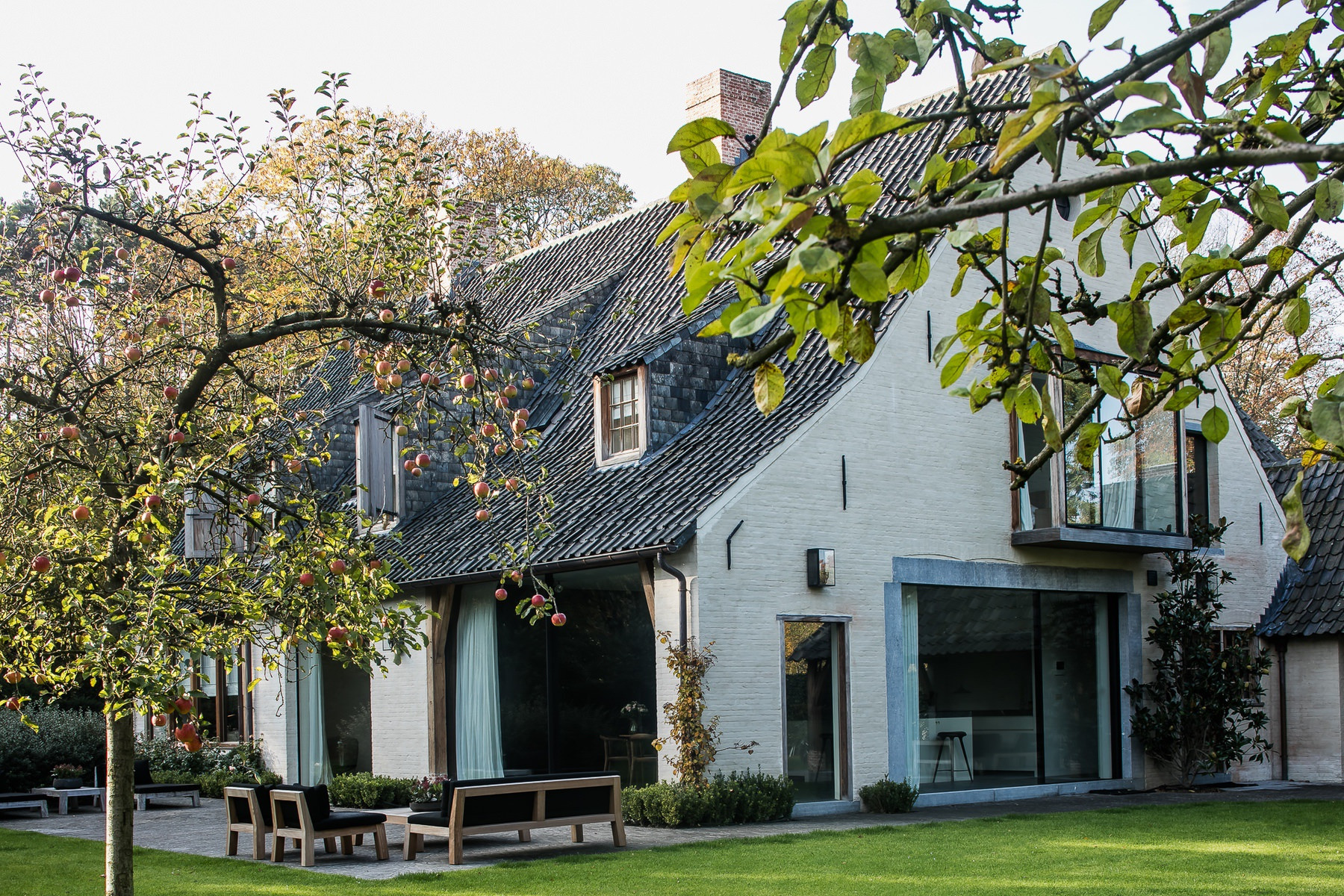 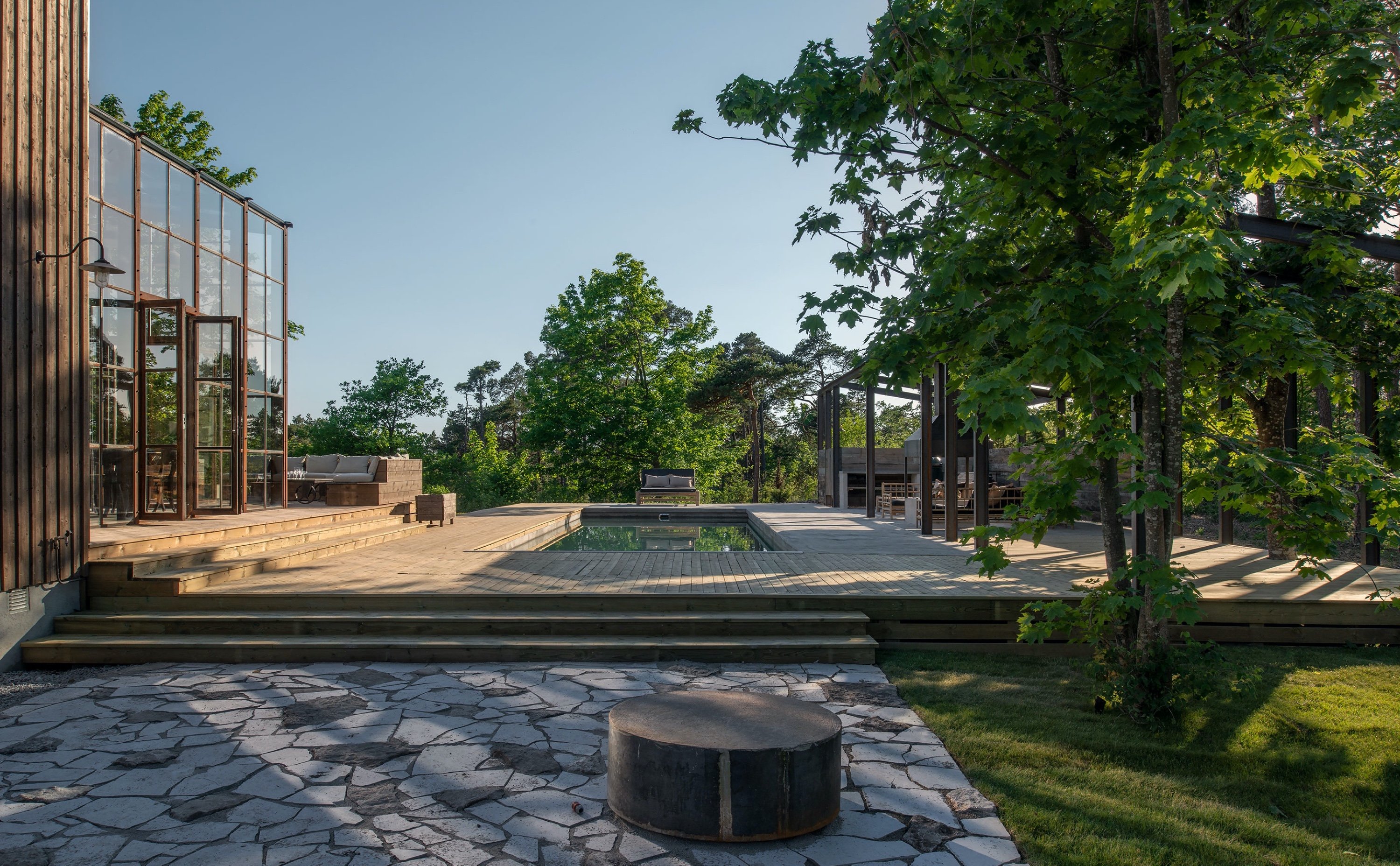 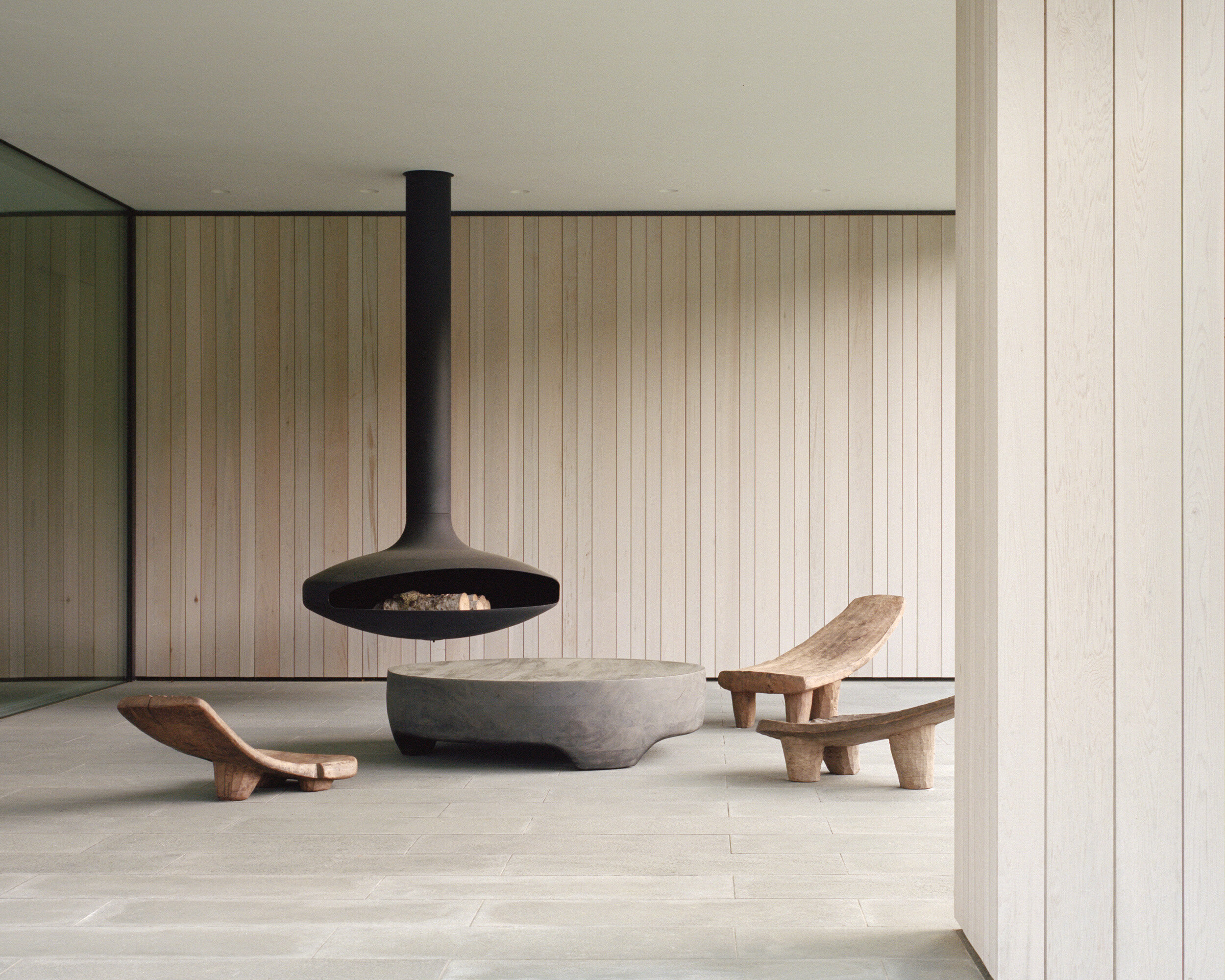 The Berkshire Residence by Of Possible 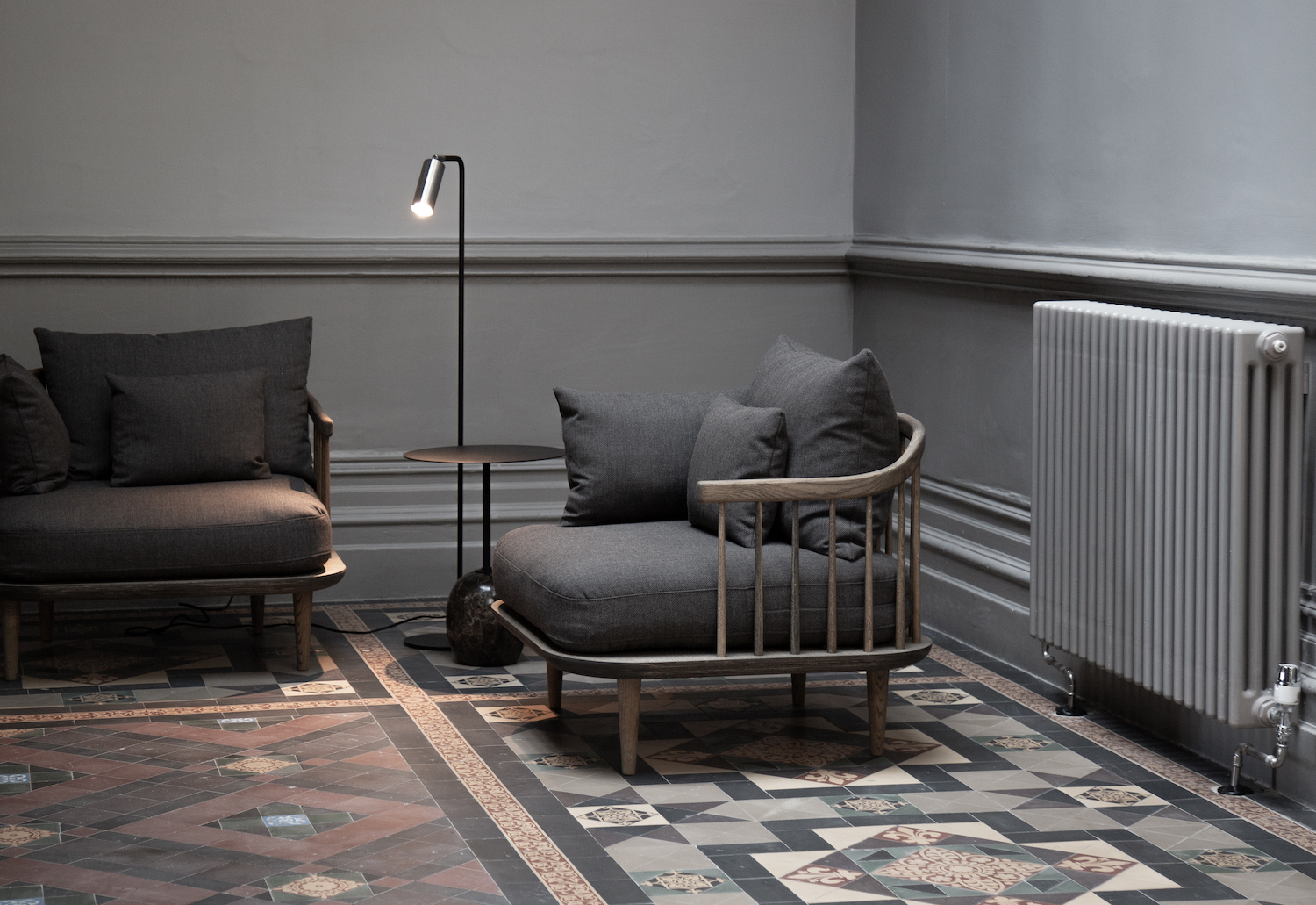