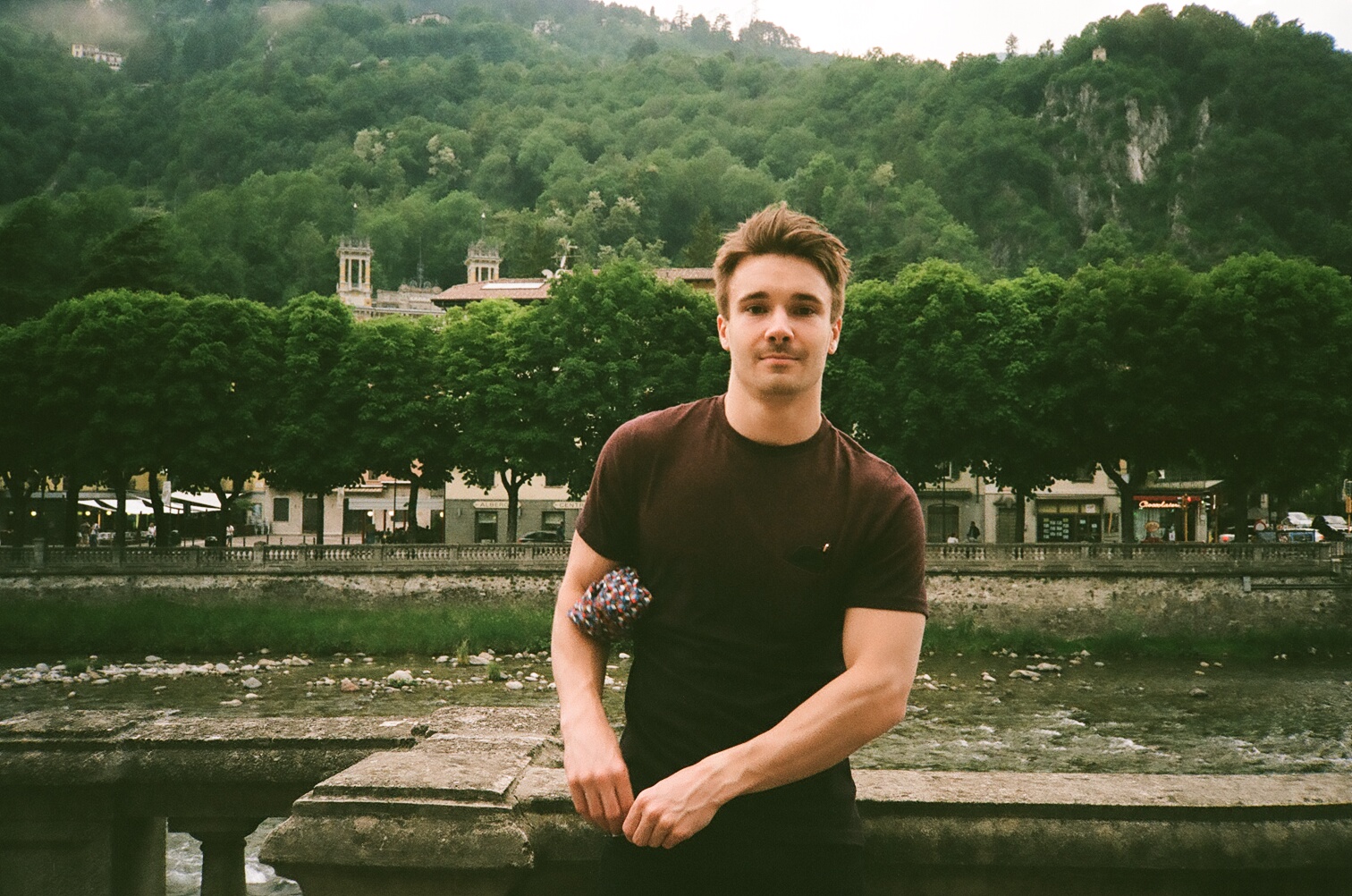 Making a Scene Feel Lived In by Joe Mortell

Improvements of technology and new digital tools have a major role in contemporary art as they enable artists to create new realistic dimensions but some artists exhibit their difference with their works and Joe Mortell is definitely one of them thanks to his perfectly composed realistic landscapes.  Joe Mortell is one of the budding geniuses of design world as he manages to exhibit his imagination uniquely through visual designs. Young artist first moved to London to study graphic design before becoming professional in 3D design. He has been working with The New York Times as designer to globally known brands such as Volkswagen, Louis Vuitton and Bosch and his works involve art direction, animation and illustration. His passion for his job helps him a lot to be better in his field as he doesn’t see it as a job but as something that he does with lots of joy. Thanks to that he manages to take time off to self-initiated projects and that has a key role in his development as he explores more and more about techniques and programs over time. He gives lots of credits to video games as inspiration source and when considering his interest soon his name seems to be heard a lot in VR world as well.

‍ Self-initiated and experimental projects had a great role in your job to improve and find your own signature, how was the pathway of creating a style that satisfy you?

I started at the end of 2016 by experimenting with Cinema 4D for the first time. I used a great website called greyscalegorilla.com to learn the basics and from there I started trying out my own ideas. I was creating lots of short, five second animations. Things like cloth simulations, light passing through windows, moving plants, rippling glass, refracting light through glass, neon signs, almost anything that came to mind. During this timeI had been working as a graphic designer for a few years and this new medium really sparked my creativity. I was creating 3D work for my own enjoyment in evenings and weekends.

I’ve really just been doing the same thing since then. I’m always working on anew self-initiated scene or animation for the joy of it. I’m trying to discover both what’s possible in 3D and create scenes or objects that are surreal but could also exist in real life. I never feel completely satisfied as there are so many pathways to experiment with!

From a young age I started playing Nintendo and it had a big impact on me. I especially loved playing Zelda and the vast maps and storylines it had. I vividly remember getting The Wind Waker in the post the day it came out and playing it all day. Those games were the first big influences on my creative inspiration and my love for animation and 3D. As a teenager I started to become a huge movie fan and went through lists of the top movies of all time. I found there were so many good ones I had yet to see. And these past few years I’ve started reading a lot more, and have read a lot of Haruki Murakami and Stephen King. Both of which are great for creative inspiration especially just before you go to sleep.

Most of your designs are indistinguishable with reality, what would be the key element in designing a realistic 3D setting?‍

Spending time on the fine details really helps an image seem more realistic. Making a scene feel lived in, small dents in textures, objects at a slight angle are the details that you subconsciously scan when your brain is deciding if an image is real or not. It’s something that I’m constantly working on. The closer you get to passing that test the more freedom you have to create any scenes that you want.

You had collaborations with many globally well-known brands from New York Times to Louis Vuitton, which project was the one excites you most?
I have so many favourites it’s difficult to pick! I find that working in 3D allows you to work on such a wide variety of different projects. I find that I either particularly like working on something I haven’t tried before and allows me to experiment a bit, or on the other end, a project that allows me to really focus on refining the realistic details.

A few projects that do come to mind are modelling and animating birds forAllBirds shoes and NYT that allowed me to try something new. I also recently worked on a project for Wallpaper* with Charlotte Taylor where we mixed furniture with outdoor spaces. Also, another would be creating six unique surreal animations for Youth to the People.

Many young designers can’t take time off to personal projects to discover themselves as they are at the beginning of their careers with lots of work, what would you advise them as being an artist who has passed through the same roads? 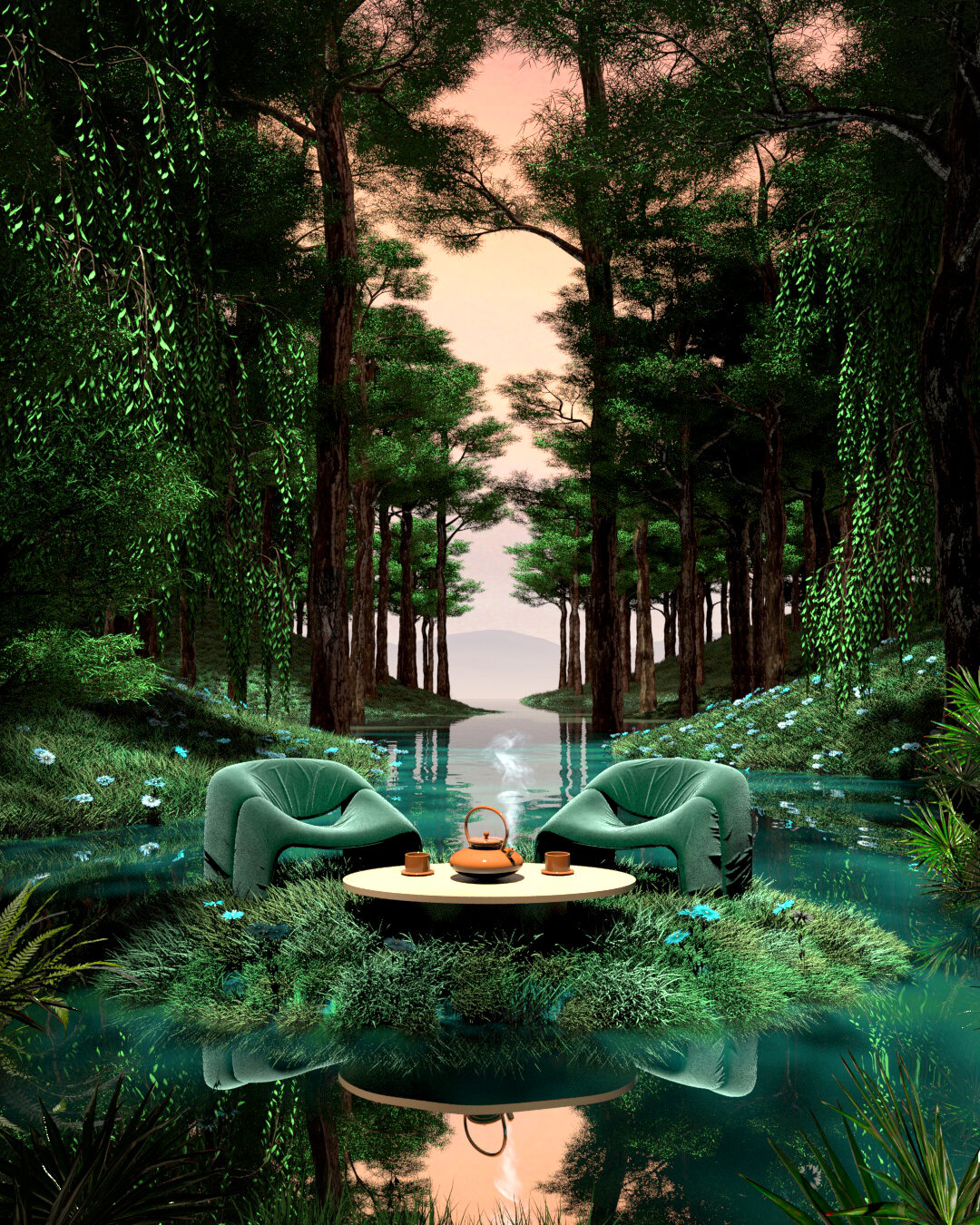 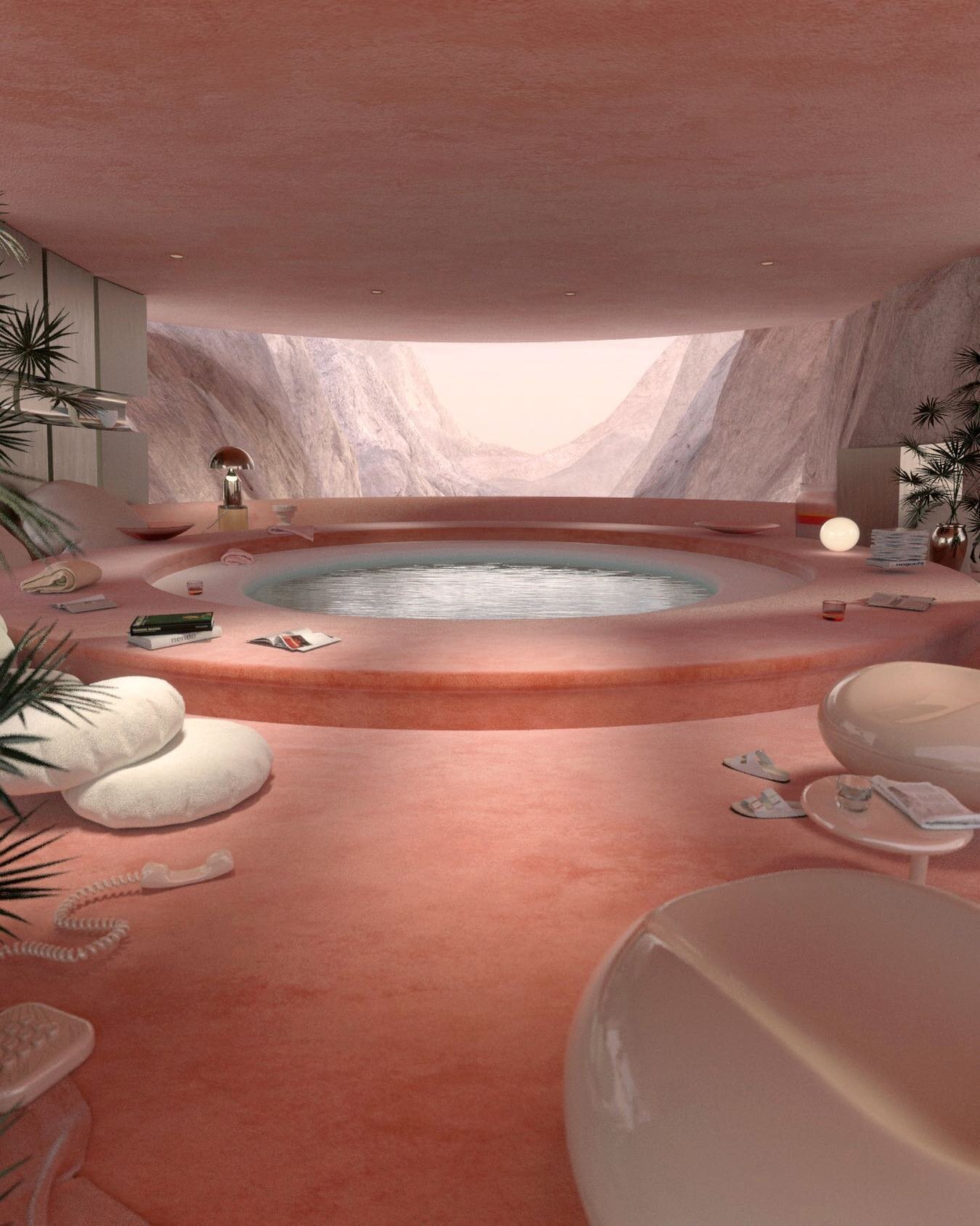 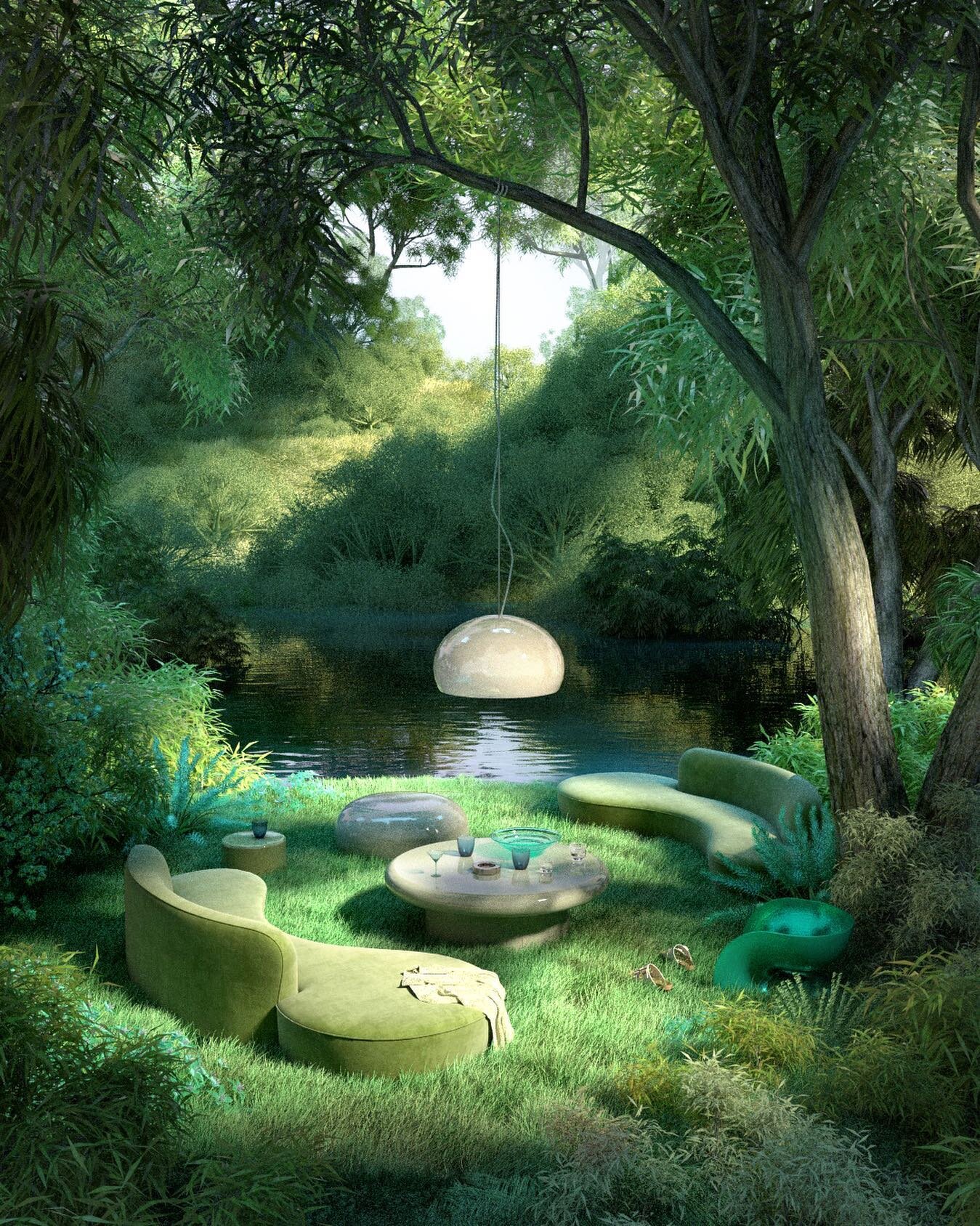 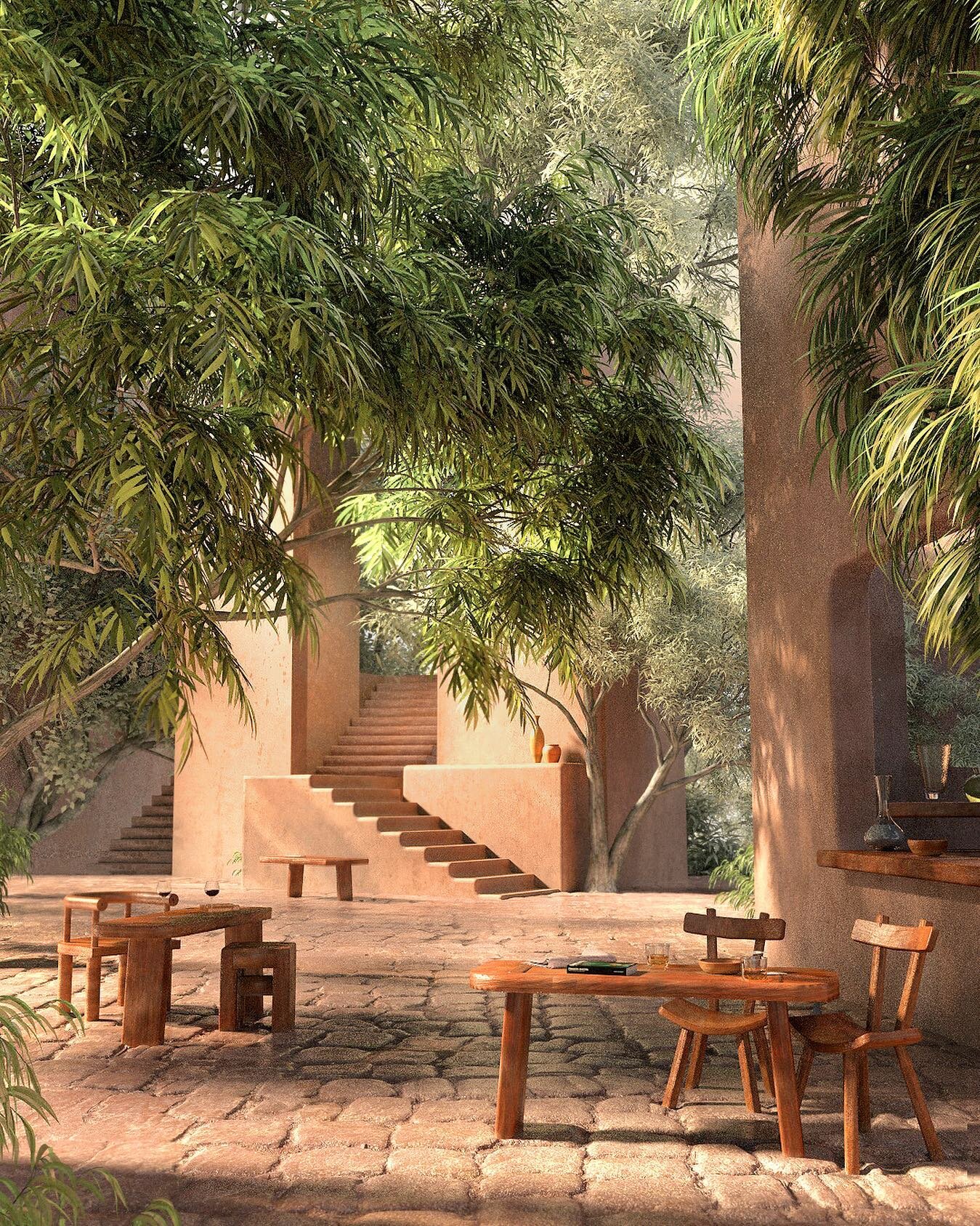 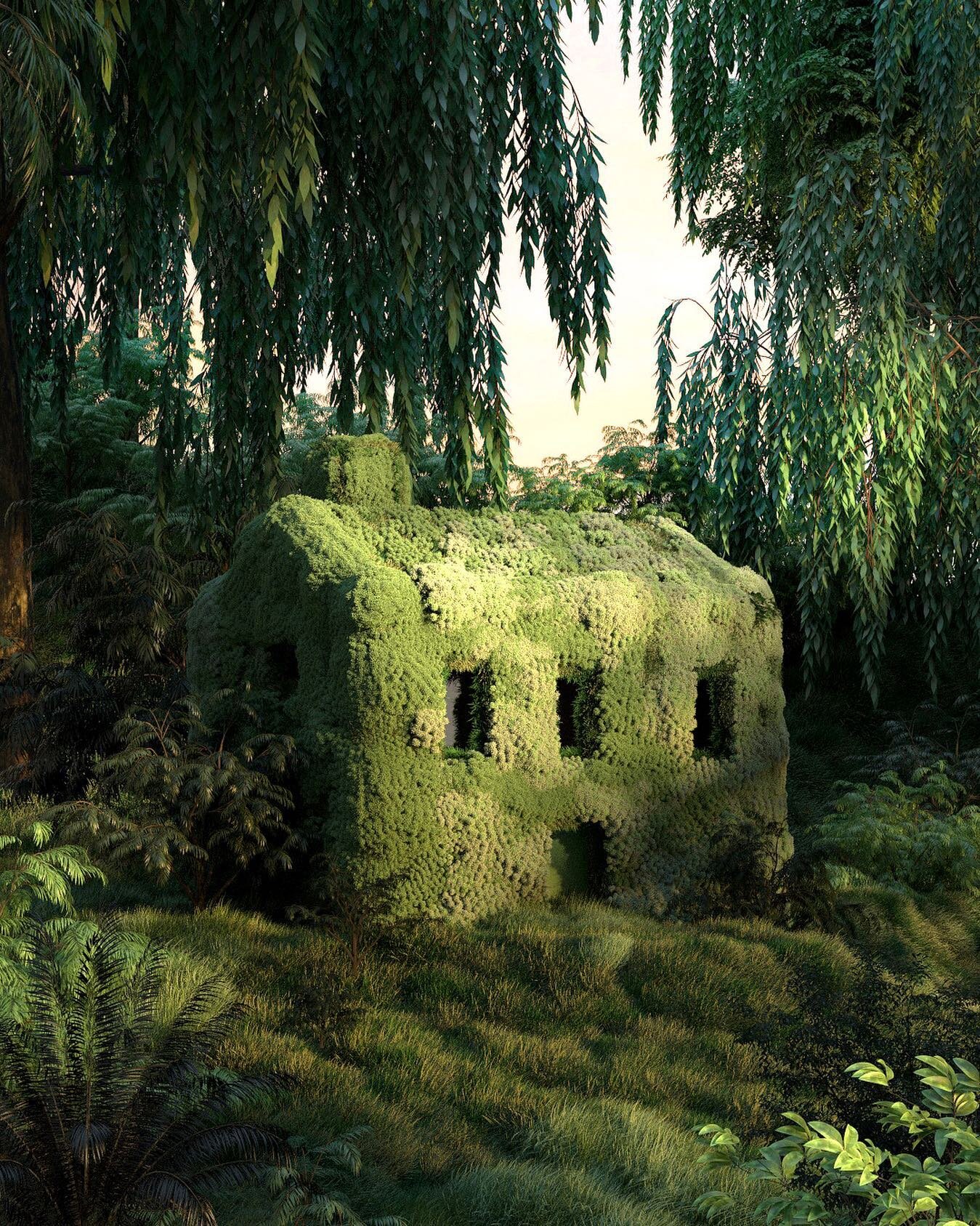 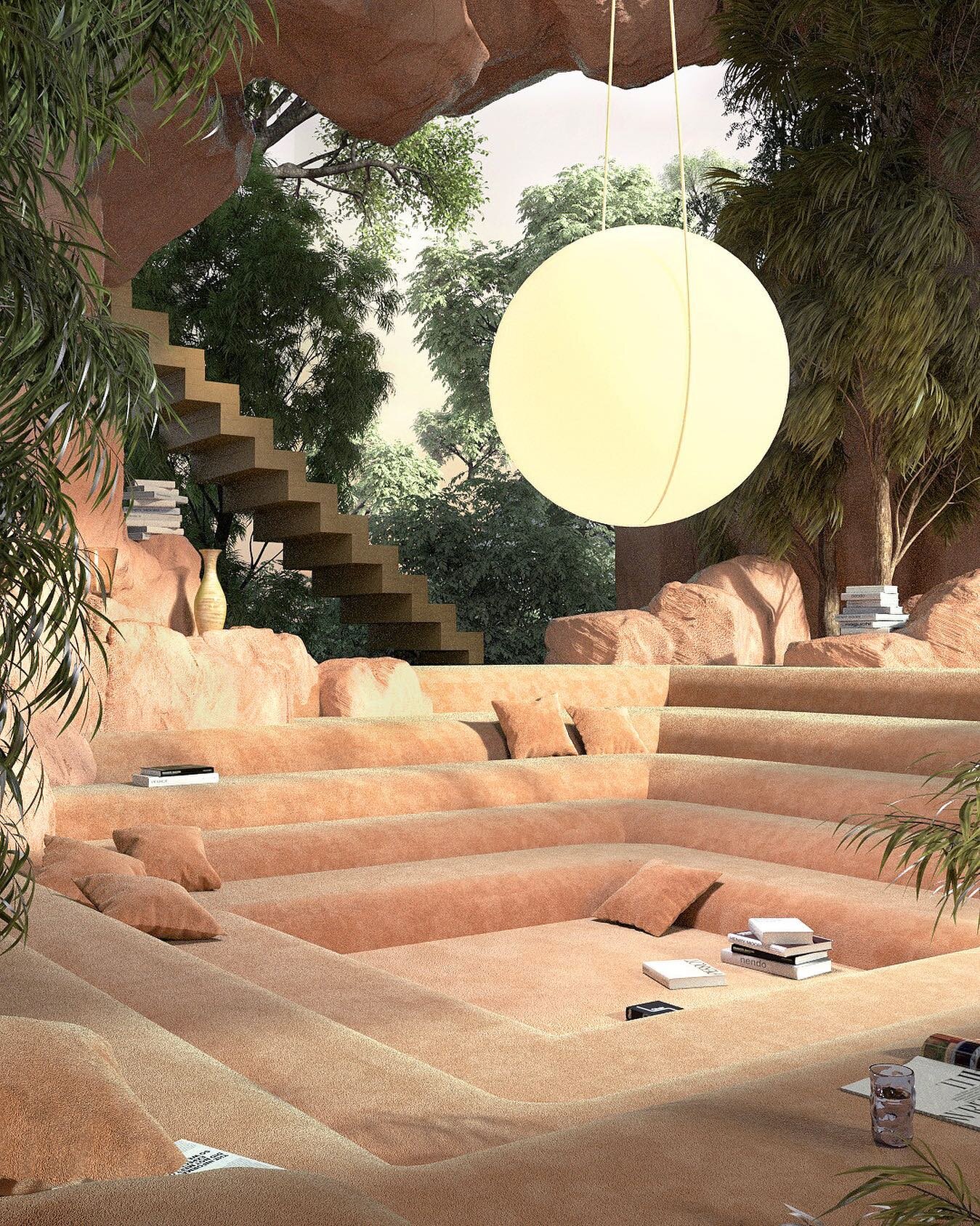 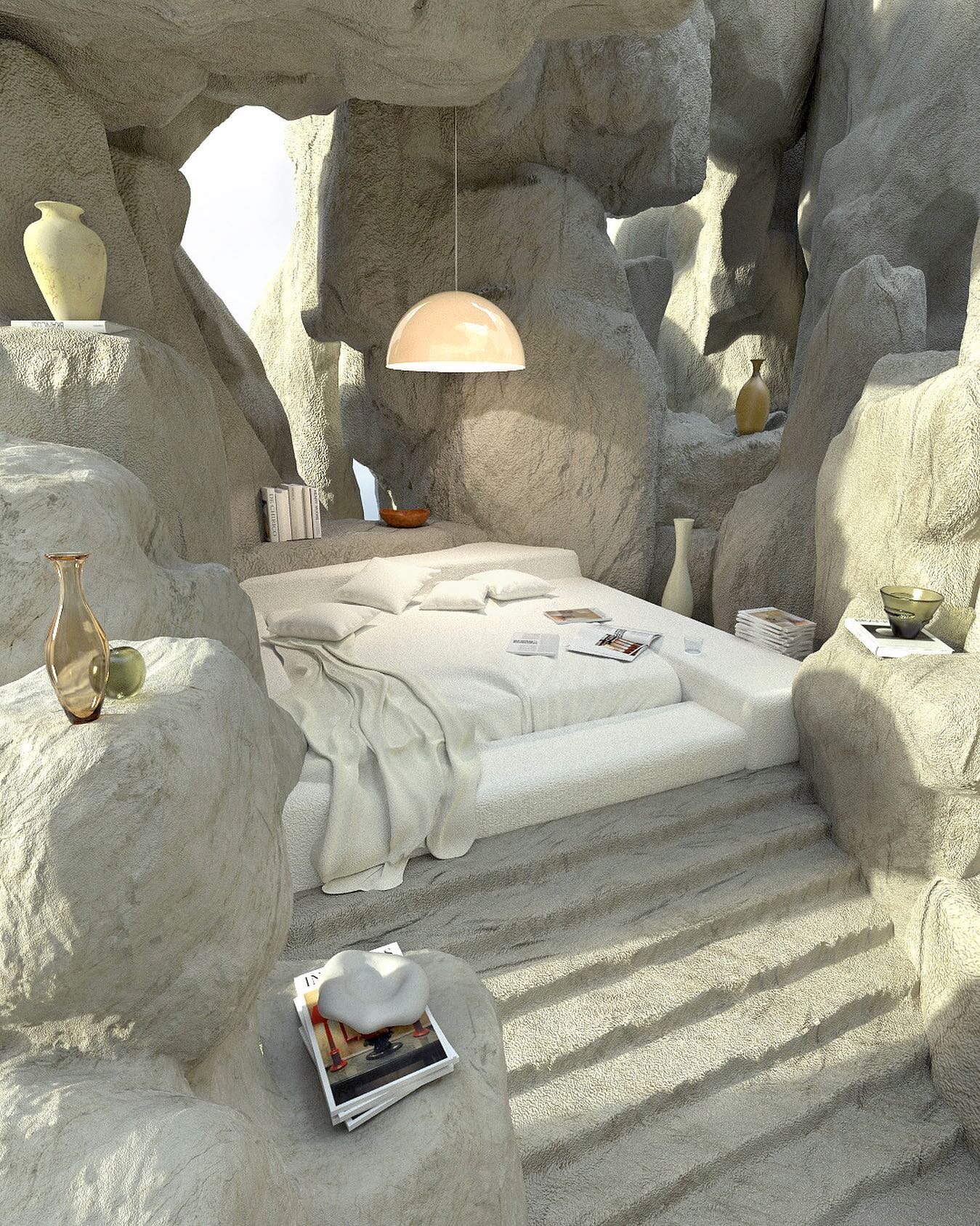 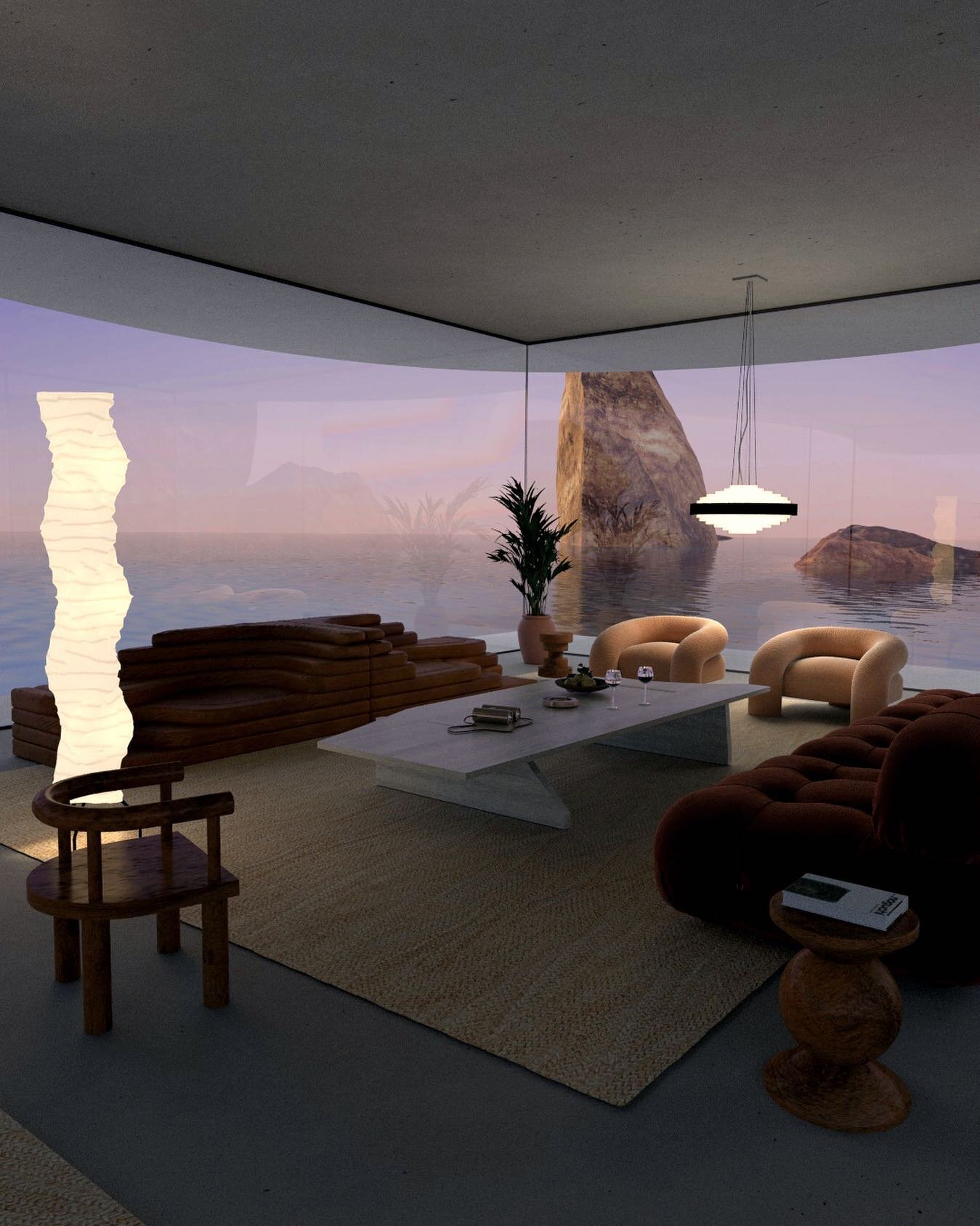 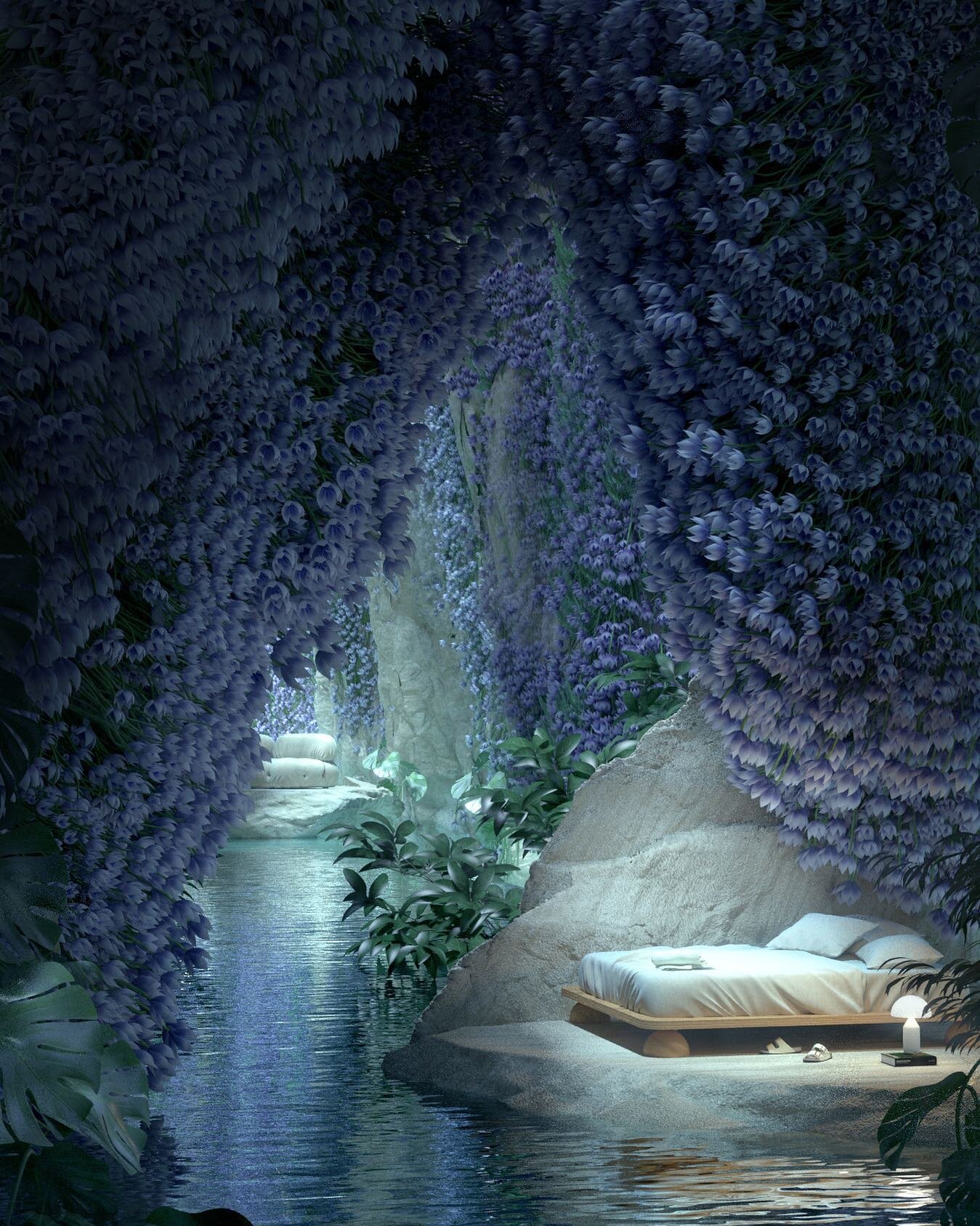 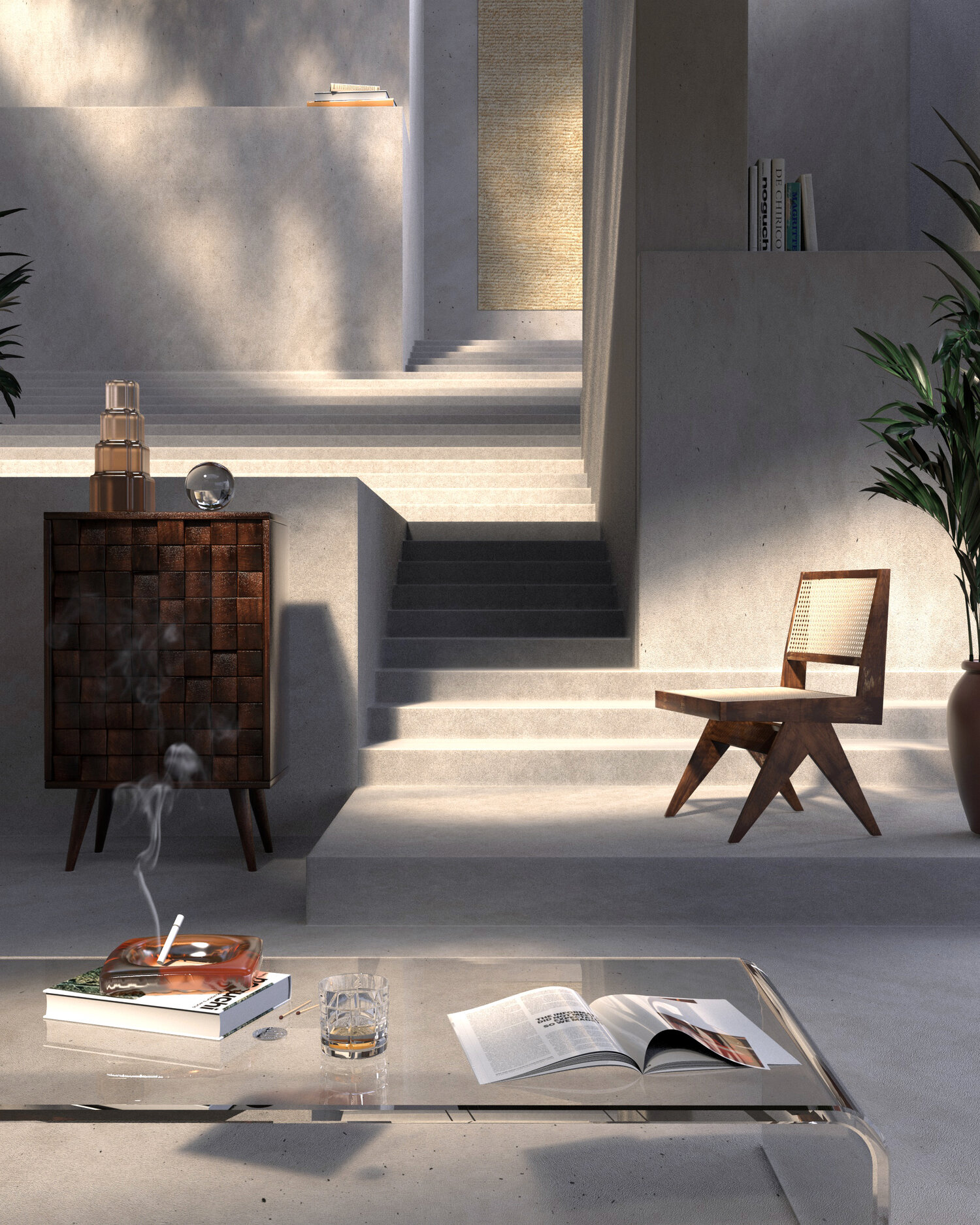 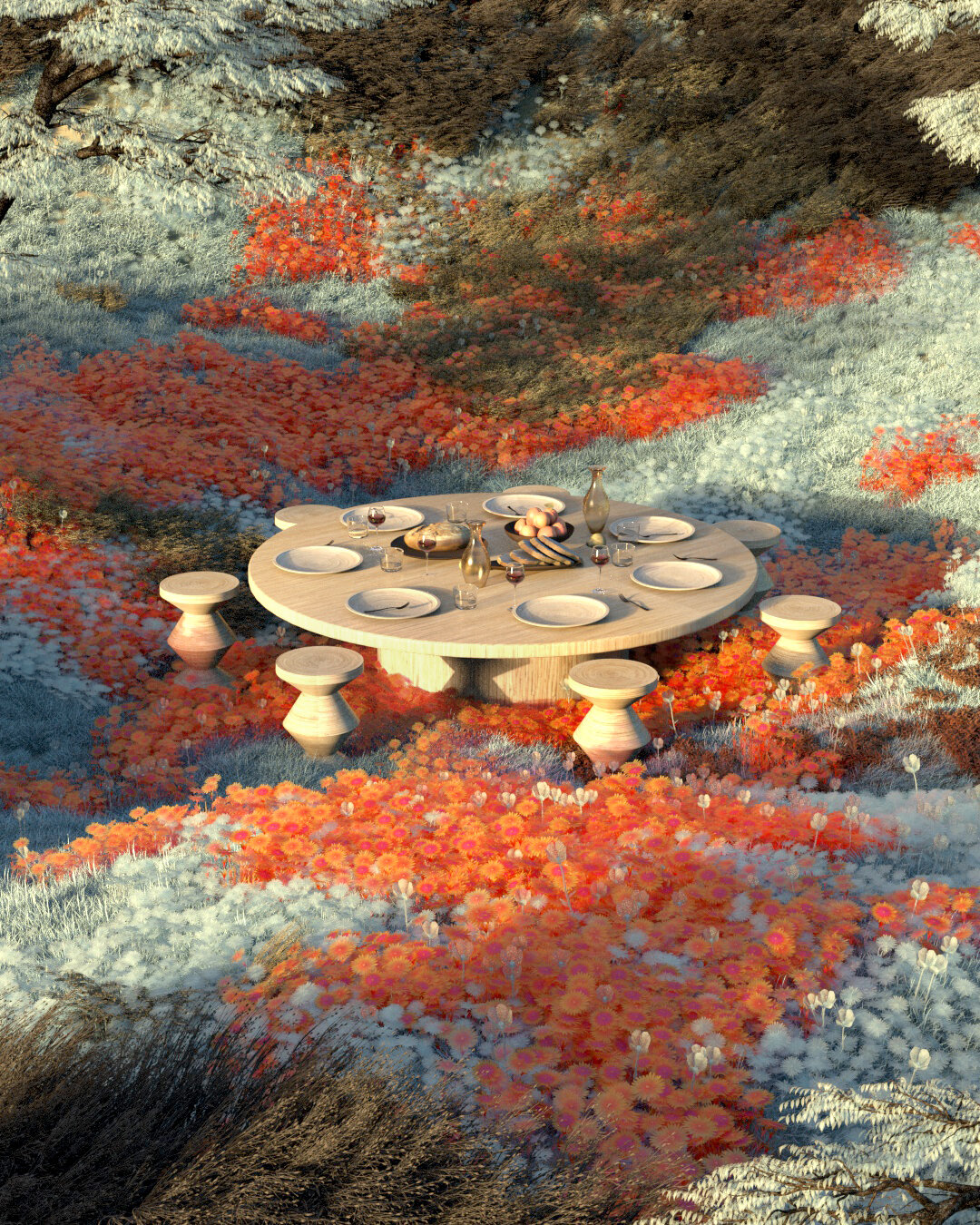