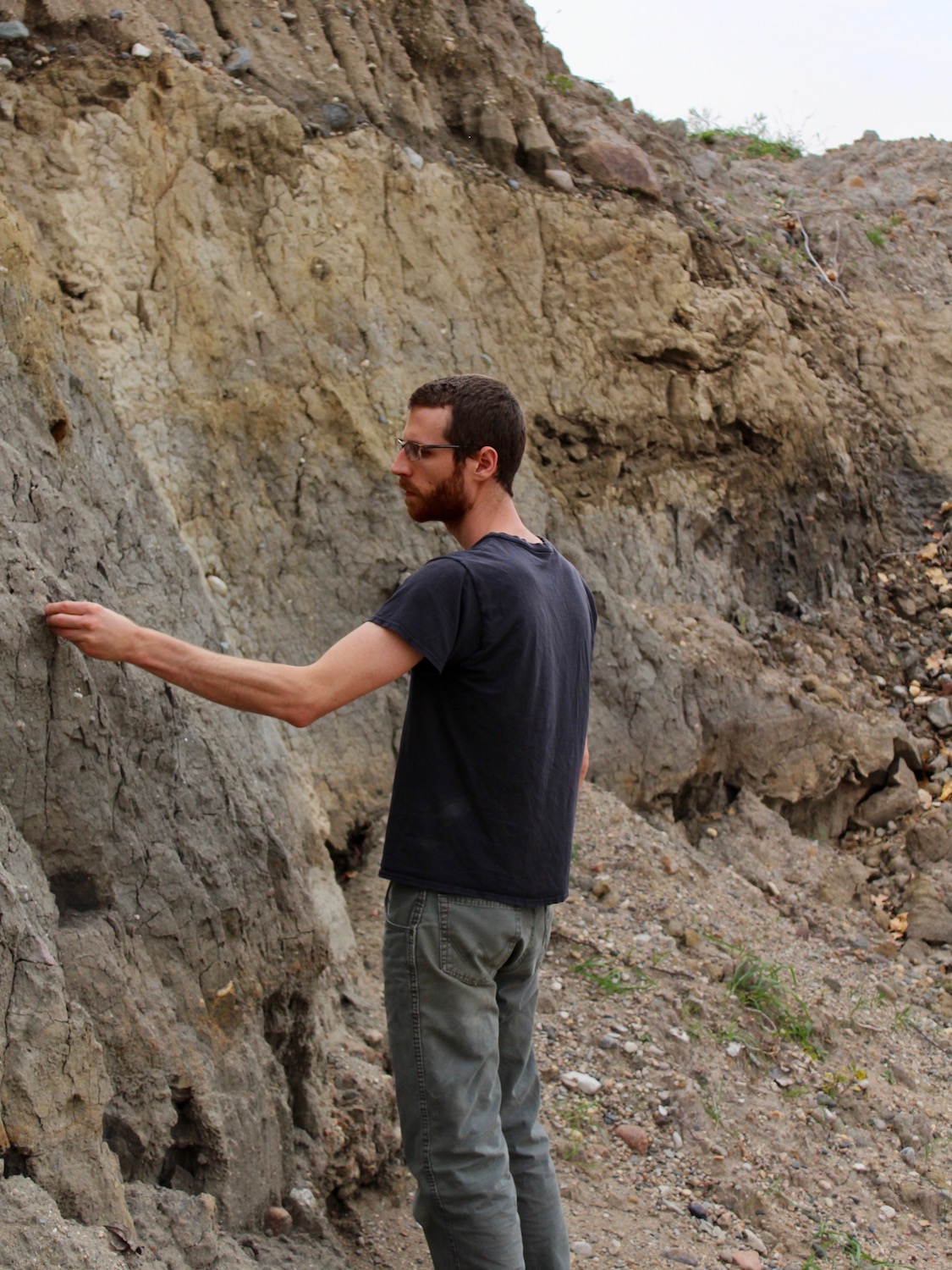 The Metaphor of Fossilization by Mitch Iburg

Mitch Iburg is a ceramic artist from the United States. He graduated from Coe College in 2011 and received his Bachelor of Arts degree. Later, he worked in various cities such as New York, California, and Denmark, but he flourished in 2017 right after founding his studio, Studio Alluvium, in Minnesota with his partner and acclaimed ceramic artist Zoë Powell. Their studio is located in a 100-year-old industrial building in Saint Paul, and it has several functions. Studio Alluvium is a laboratory where they explore their creative processes with clay and mineral resources from the landscape, a showroom where they exhibit their precious artworks such as tableware, sculptures, and vessel-based works, and an establishment where they share their knowledge about clay through some workshops in the studio. His approach to art and nature is as valuable as the works of art he creates, which is a level of awareness not every artist acquires. Mitch Iburg's respect for nature is one of the essential factors that gives direction to his art. He works only with natural resources, and he aims to dignify the natural world through creating a dialogue between space and time.

Studio Alluvium’ primary mission is bringing together materials from all over the state to promote the state’s natural history in art forms, where did you get the idea for such unique project at the first place?‍

Studio Alluvium is a project that my partner Zoë Powell and I established in 2017 and maintain as a team. Currently, it functions as the space where we produce our individual bodies of work, our showroom for finished pieces, and a location for teaching workshops and exchanging knowledge about Minnesota’s unique clay and mineral resources.

Alluvium refers to deposits of sand, clay, and gravel which are transported from their source to another location by rivers and streams. We chose this name because of how it relates to our practices as artists. Using geologic maps and documents, we travel throughout the state in search of a wide range of clays, stones, sands, and minerals which we collect, prepare in the studio, and use in different applications for various bodies of work.

The concept emerged from our our desire to pursue a more sustainable model for making ceramic objects. Large scale mining operations and commercial processing of clay resources have devastating impacts on the environment and large carbon footprints. By foraging our own clays and processing them without the use of industrial equipment, we are able to diverge from this unsustainable and damaging model and ultimately develop a closer connection to resources in their natural setting.

Your material range is quite wide comparing to the other artists working on your field as you work also with mineral     resources taken from landscapes, what would be your favorite material to work with?

Researching the backstory of different clays and minerals is a major part of my practice. I enjoy how using materials with rich histories can create deeper levels of meaning within my work.

This past year I began using an ancient limestone deposit containing 450 million year old fossils from the Ordovician period. When fired in the kiln, the fossils impart a unique sheen and color variation on the clay’s surface, almost like a burst of light. This coloration is permanent, however the fossil itself decomposes to dust after being fired. I have always been inspired by the metaphor of fossilization and how history is translated from one form to another - similar to how stories or memories of someone can persist long after the person passes away.

Some of your works include special materials such as ashes from restaurants; can you tell more about the process of utilizing the ashes?‍

In 2019 Studio Alluvium collaborated with chef Chris Bleidorn of San Francisco restaurant Birdsong to produce a custom line of tableware. Since much of the restaurant’s cuisine is prepared on a wood-fired hearth, we proposed using the waste ashes from the cooking process to create a glaze.

Wood ash has been used as a glaze ingredient throughout the world for thousands of years. Throughout their lifespans, trees absorb minerals from the surroundings oil. These minerals remain as ash after the wood is burned and, when heated to sufficient temperatures, melt to form a glass. Each species has a different ash composition which is further influenced by the type of soil in which the tree grew.

We prepared the almond wood ashes used by the restaurant in several steps: first by removing larger charcoal fragments, then by washing the material to remove caustic elements, and finally grinding it to a fine particle size. To create the glaze recipe, the prepared ash was blended with small amounts of clay and minerals to produce a durable, food-safe surface. We wanted to respect the naturally occurring soft yellow color of the ash, so no additional colorants or pigments were added.

Your works are recognized both in the state but also globally as you caught a great success, did you have a specific moment or project when you felt most satisfied with what you do?‍

In 2018 I was invited to make work for a solo exhibition at Sage Culture in Los Angeles. The show was accompanied by the production of a short film titled ‘Form of Memory’ created by the gallery’s directors, Nicolas Alonso and Marina Figueiredo. Filmed in bothMendocino, California and Saint Paul, Minnesota, it follows my transition from working along the rural, pacific coast to the industrial neighborhood that is now home to Studio Alluvium.

Throughout this transition my work went through many changes. It’s always been my goal to use materials in ways that reflect their provenance, but at this moment I found myself caught in between influences of two very different places.

The film captured the beauty and essence of these landscapes, but more importantly helped articulate the complicated relationship between place and identity in ways that I could not accomplish solely with my work. I feel very fortunate to have been able to collaborate with Sage Culture to turn these complex and abstract ideas into something tangible.

Studio Alluvium also functions as a place where you share knowledge, what would be the essential recommendation for you to share with the ones who want to evolve their art?

Establishing a personal voice within historically practiced media takes time. Sorting through influences and separating them from one’s own personal vision is not always easy, but it’s an important part of developing an identity.

It’s also important to remain open to changes - both in one’s personal life and work. As artists, the things we make are reflections of the lives we live.

As our lives change, it is only natural for our work to evolve with us. 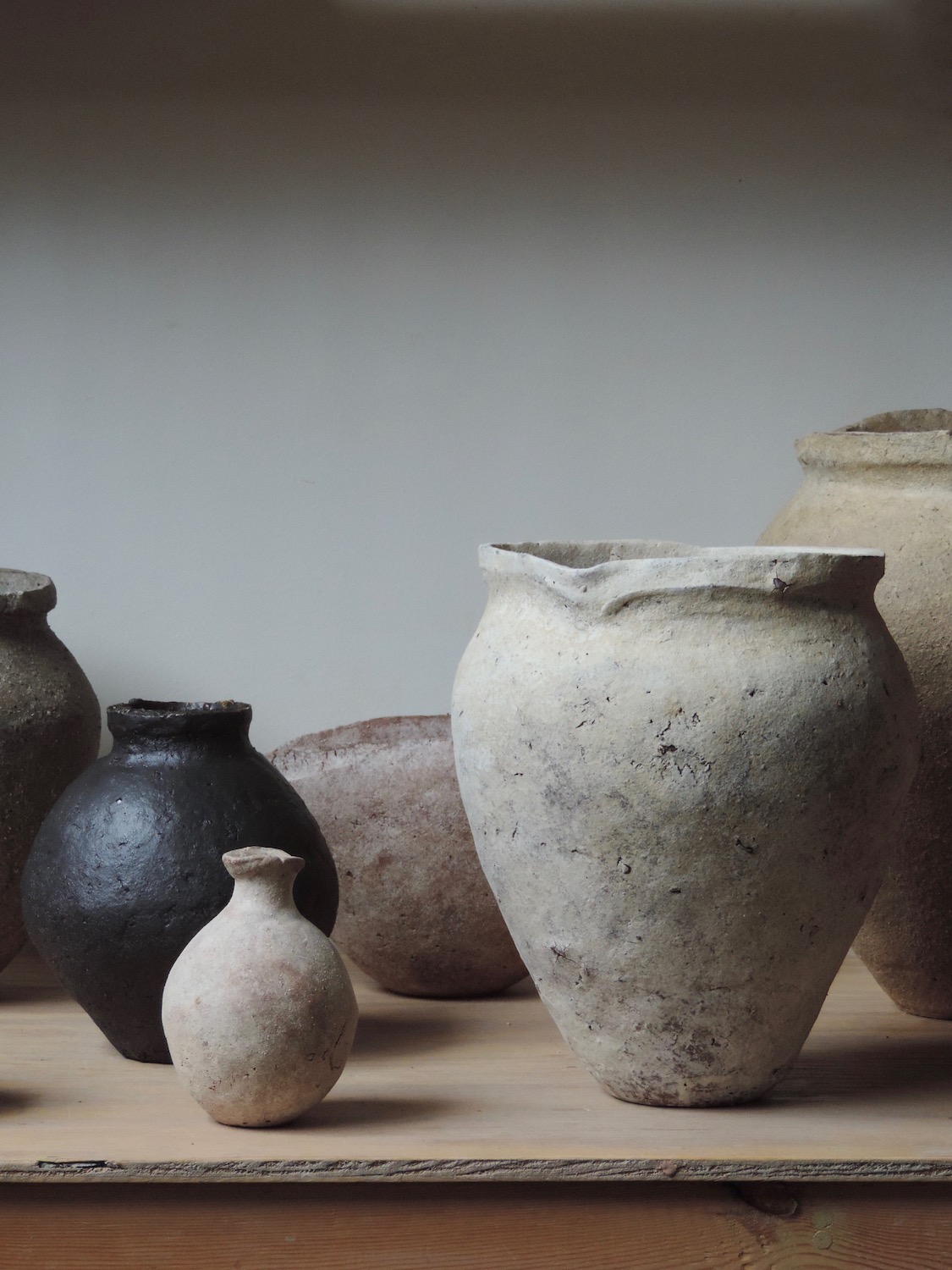 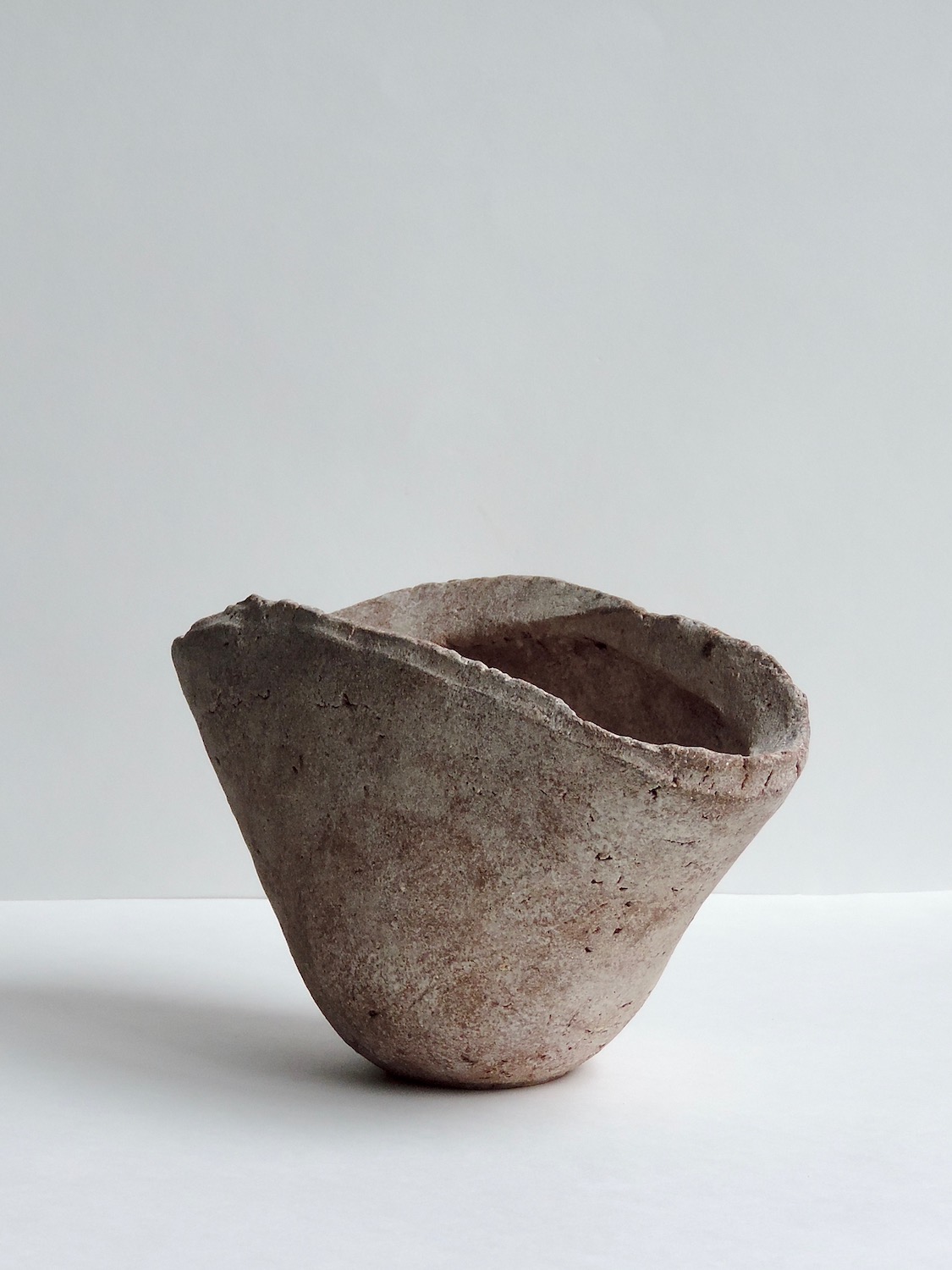 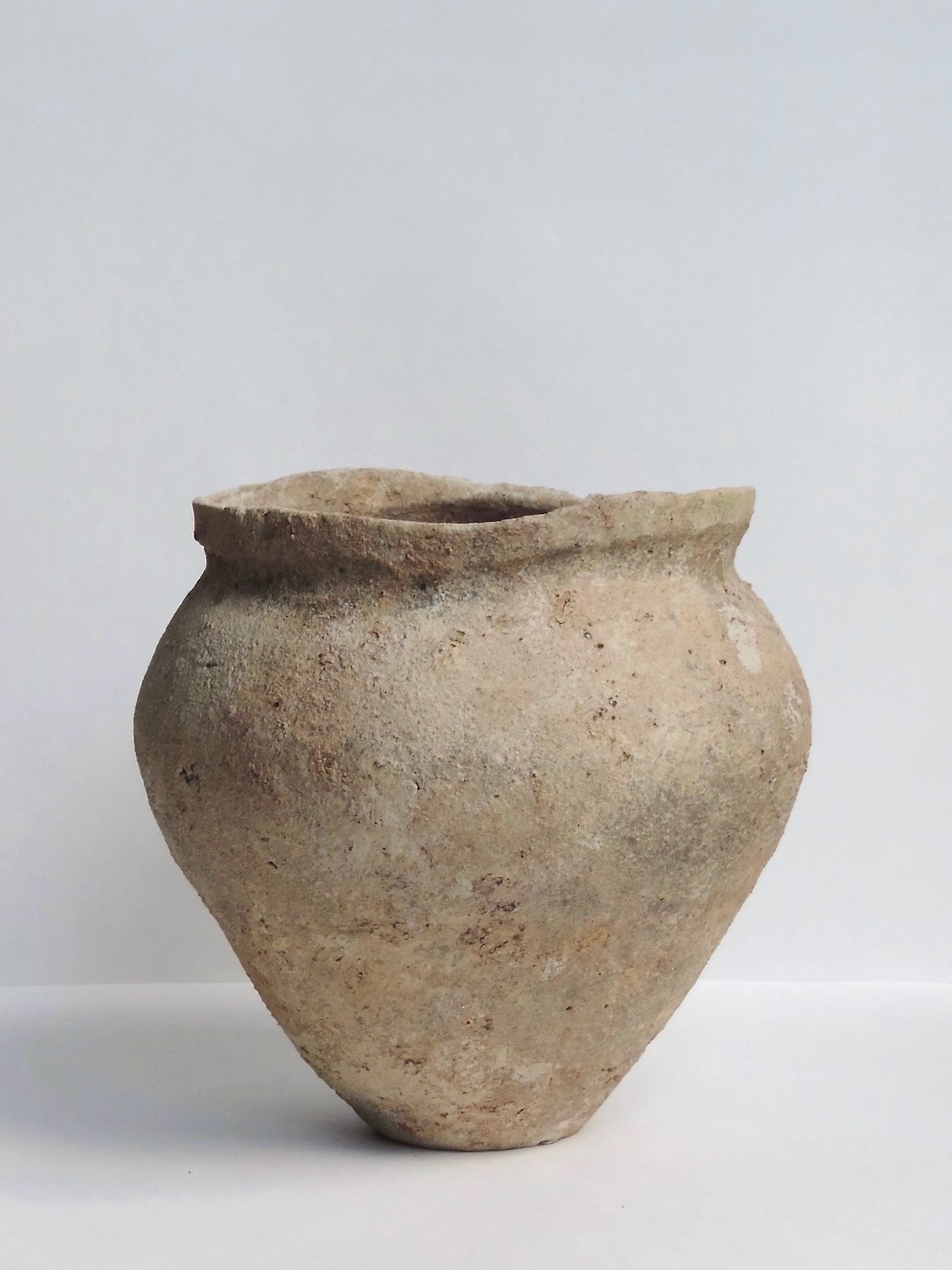 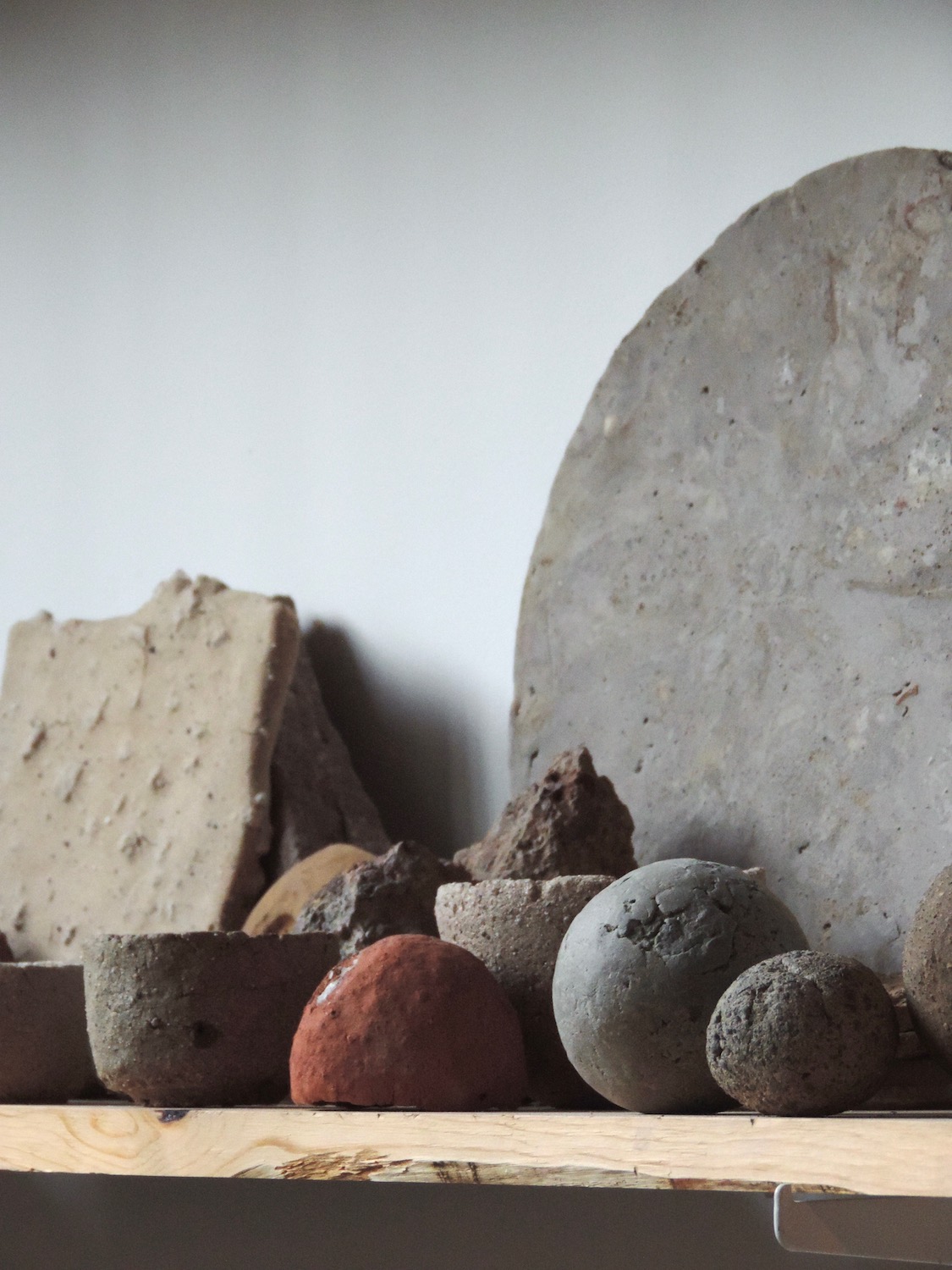 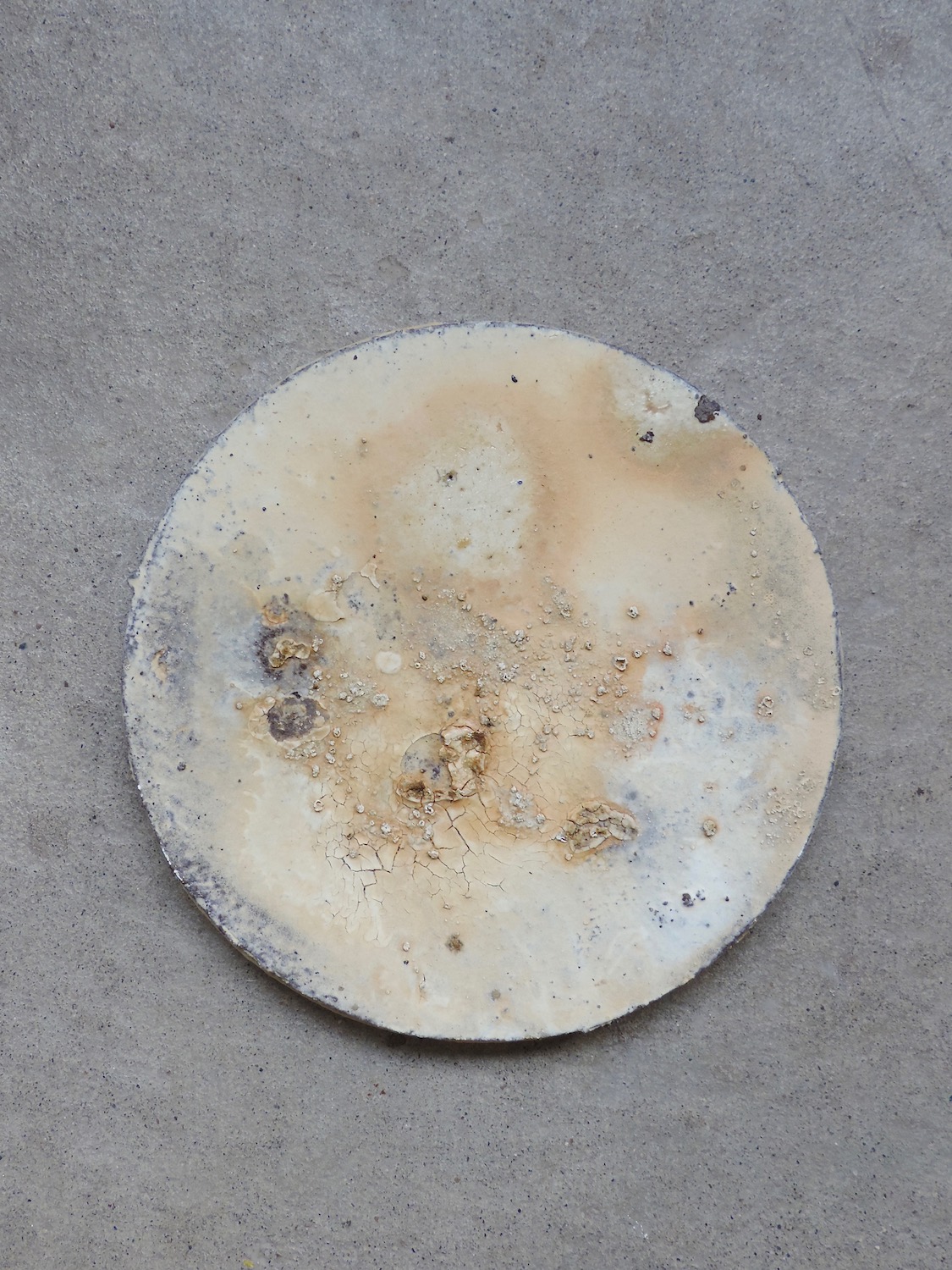 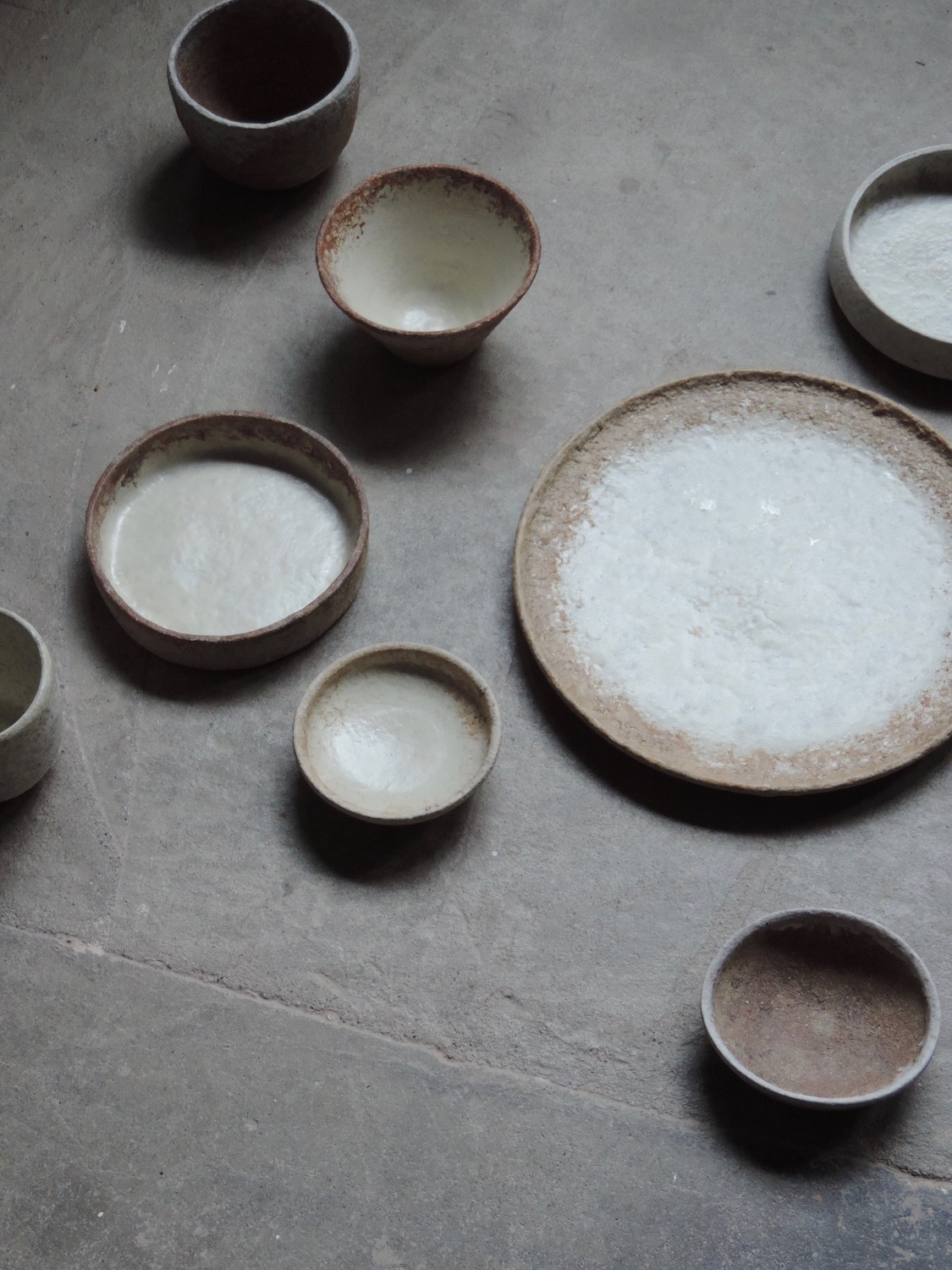 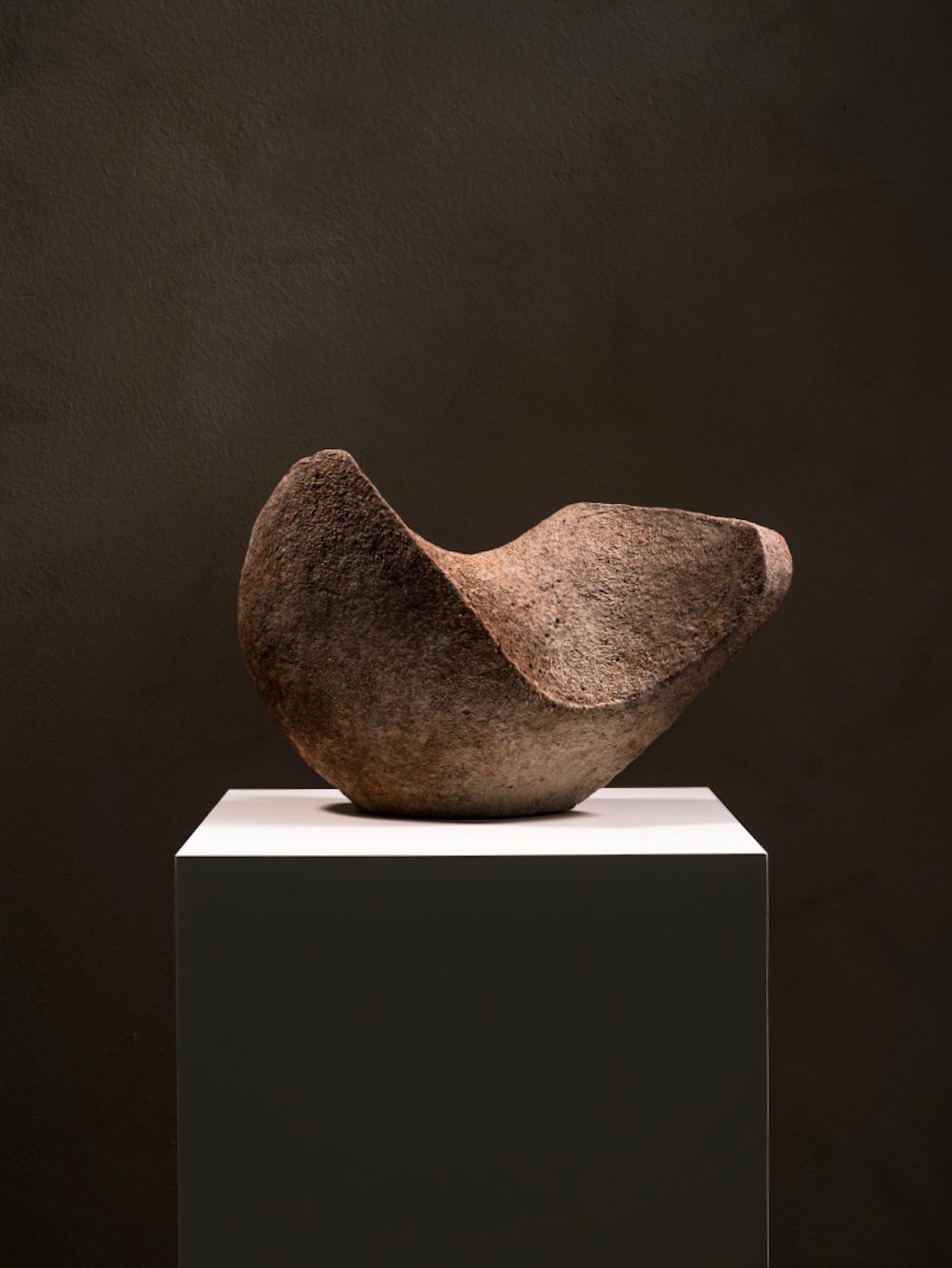 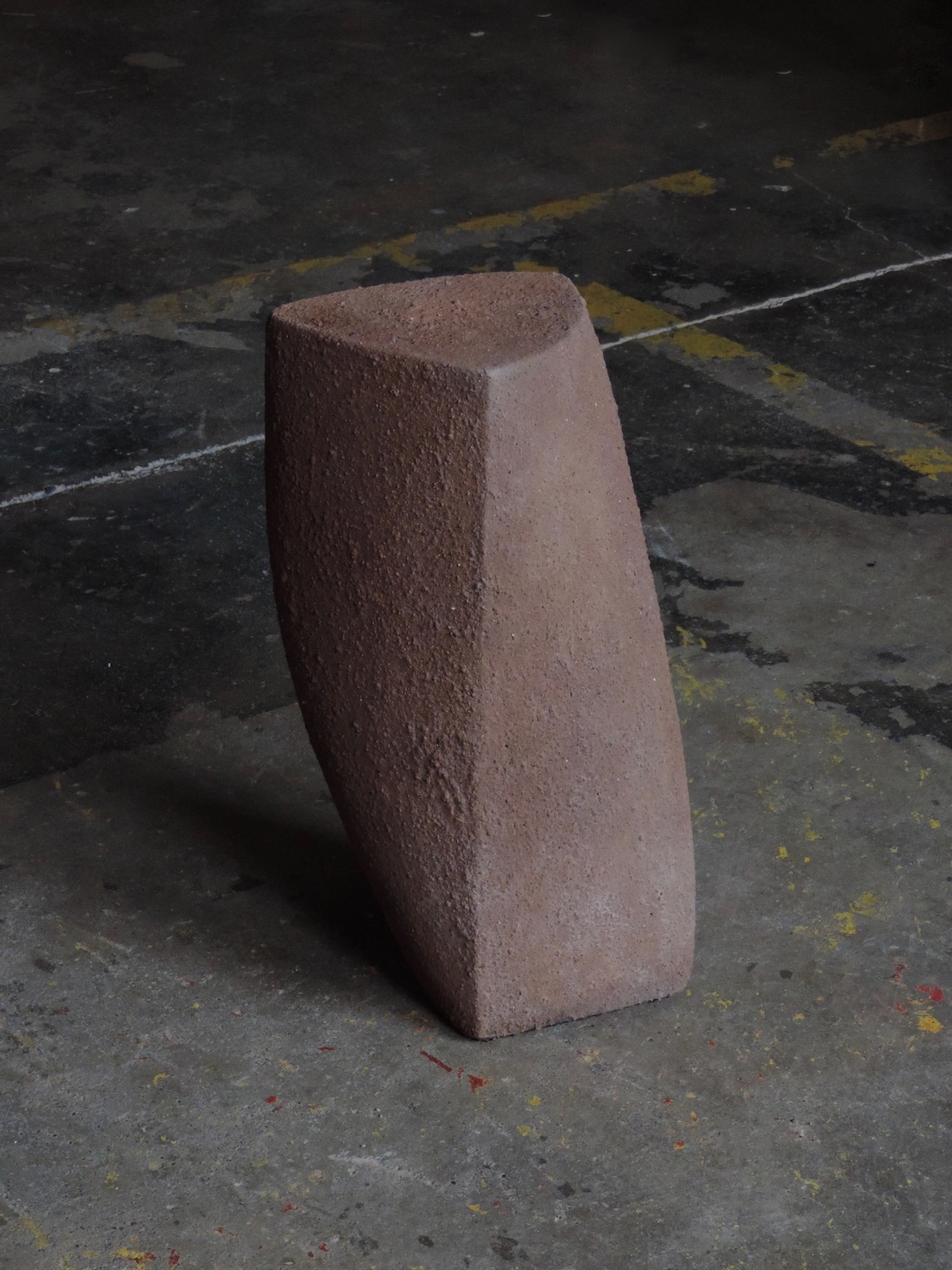 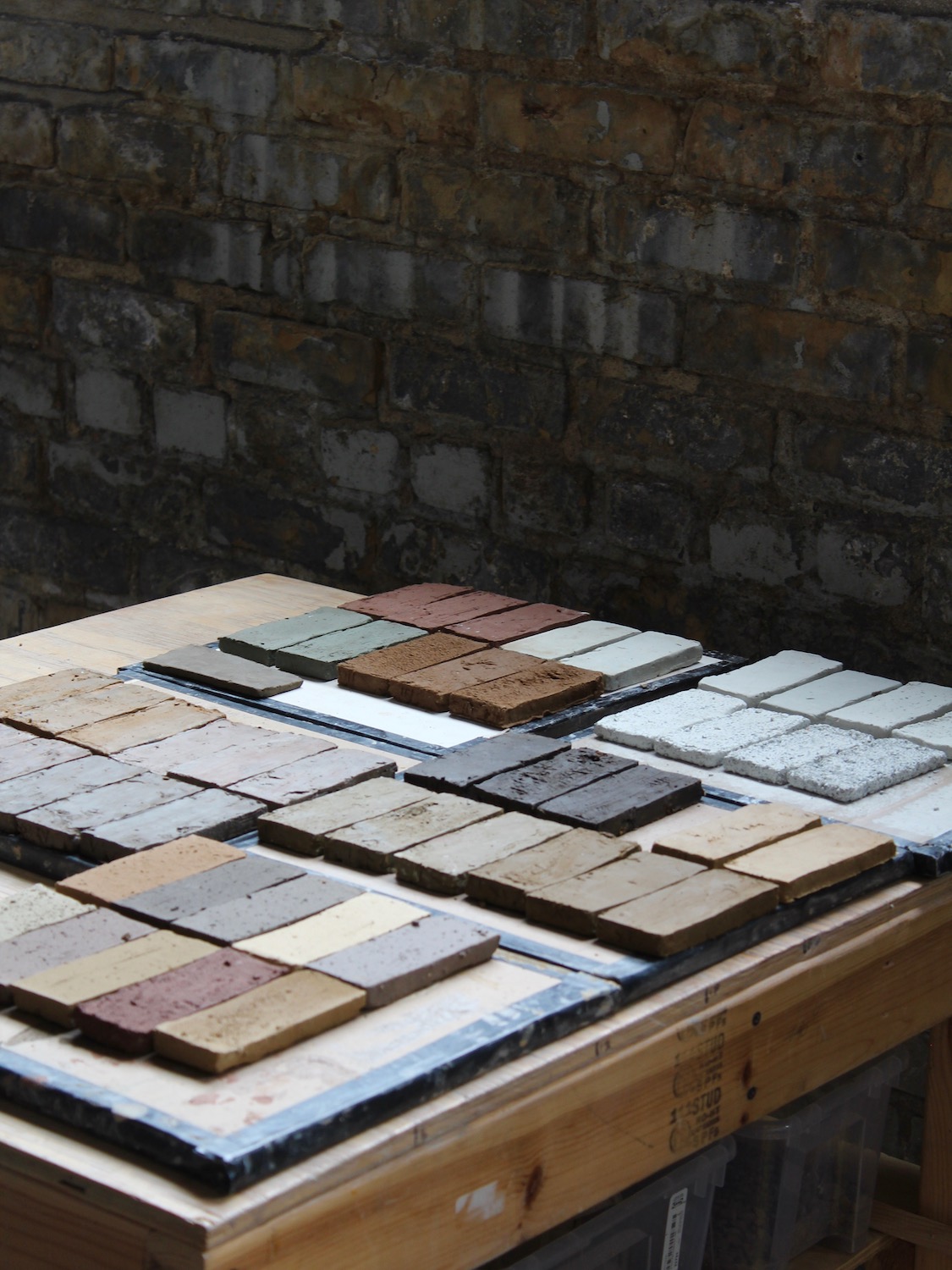