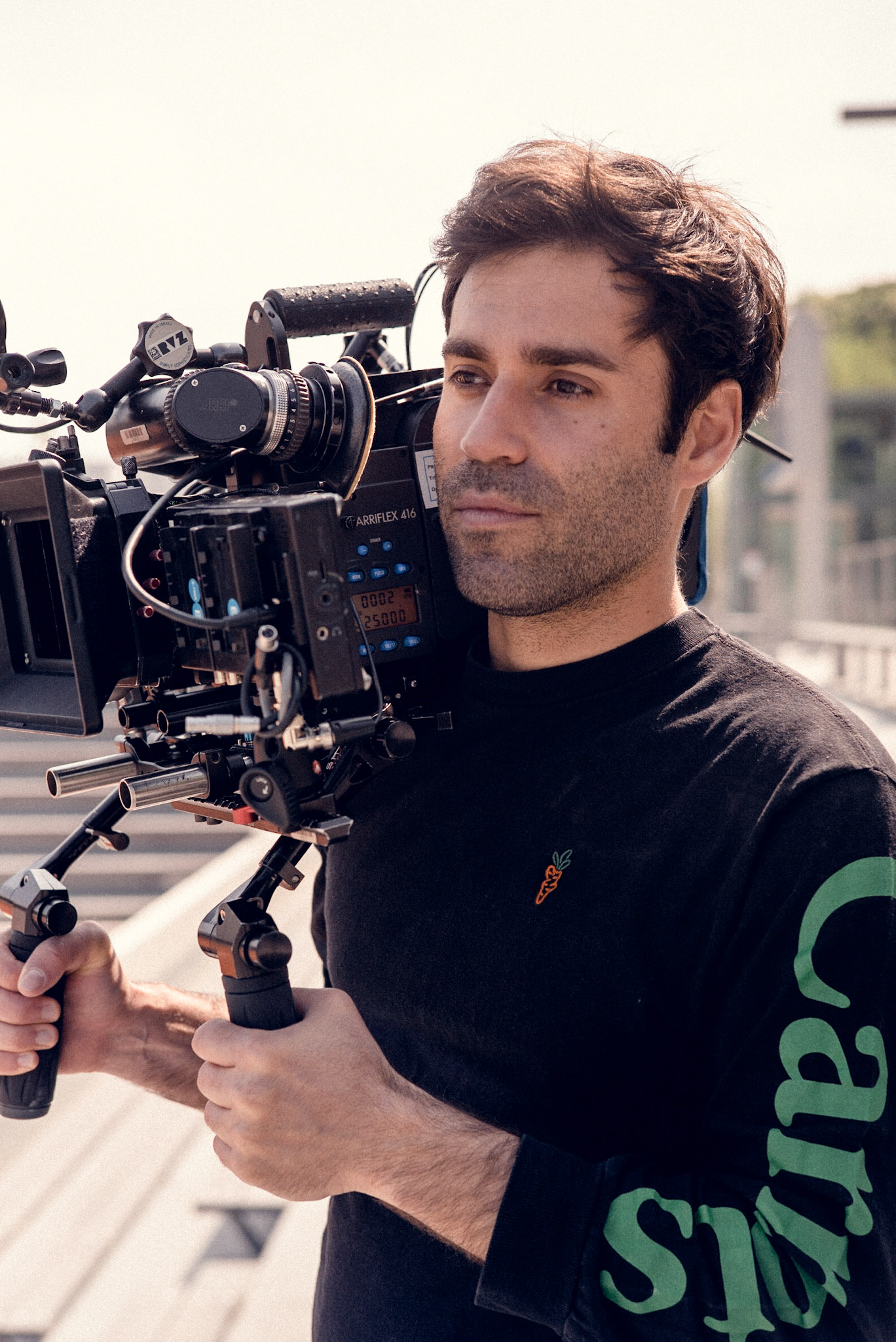 Neels Castillon is film director and photographer who has specialized in commercial films. His collaborations with well-known global brands such as Hermes and Lacoste brought him a great recognition from all over the world but what brought him that success is his highly aesthetic approach to commercial films. He is a director who is not afraid of challenges to create such satisfying scenes, instead of in front of a green screen, his commercials take place in avant-garde places like a cliff of a mountain. Working with people who specialized in their fields such as dancers, artists or climbers makes possible to create organic scenes for commercials during the creative process and he captures their performances in their best ways. He manages to bring arthistic influences with commercial purposes and this is what makes the difference to his works.

You are one of the first name that spring to mind when talking about outstanding films, how was your first introduction to advertising films?

Thanks a lot, that’s a very kind intro, but there are so many amazing directors nowadays, I’m just trying to do what I love.

I have loved cinema and music videos since I was very young, and when I discovered The Directors Label DVD Series, I realized that some director like Spike Jonze, Jonathan Glazer or Chris Cunningham could create real works of art in the commercial field. I like advertising films above all for the creative challenge they represent, I’m really glad I had the opportunity to direct a few interesting ones, but, nevertheless, that is rare to get a good script.

Your shots mostly take place in avant-garde spaces, what gives you inspiration while choosing a place?‍

I’m not that kind of director that can create a whole universe from scratch like Ridley Scott for example. But I travel a lot and I’m interested in other artistic fields like architecture. When I discover a place which inspires me, right away I start imagining scenes and visuals in that particular place. It’s hard to describe, it’s like composing a painting, every place carries a special emotion.  I try to find unique places that were not overexploited before. In Paris, it’s becoming difficult, every single spot has been filmed hundreds of times.

Cinematic approach you have creates highly satisfying artistic scenes that appealing to everyone, how do you manage to create such scenes?‍

It’s hard to answer this question, generally, I follow my gut instinct and try to make as little artistic concessions as possible. That represents a lot of sleepless nights.

I’m also really in favor of Mies Van Der Rohe’s « less is more » . When I have an idea, I try to keep its essence and avoid everything that is unnecessary. My dream is to create timeless visuals. What I like about directors like Jonathan Glazer, for instance, is the fact that his 20 year old music videos or ads still look contemporary now. They are not outdated, stuck in their era.  The trend now is super quick camera movements, wide angles and way too much effects. This generally gives me a headache.

Many director could have chosen using the green screen to make such commercials like you do but your shootings are made in real conditions, especially Schmidt was a demolition job. How was the project behind the scenes?‍

I clearly feel more inspired by real conditions than studio. That’s why I often propose natural locations. It’s riskier because of the weather conditions and it’s more difficult to produce, but it’s so much more interesting! I feel lucky producers and clients trusted mein these risky adventures. Concerning Schmidt, it was very special, the client’s message was they are able to design the perfect kitchen for all their clients and respond to all requests, even the craziest ones. So, I proposed to do it for real with a behind the scene to prove it. A sort of crazy « proof of concept ». I worked with a DOP who is a mountaineer, and an amazing technical crew which managed to make this project possible.  It was a real adventure, I hope I could shoot such an amazing project again. But 2021 looks great so far in this regard. :)

Being one of the top names of a field should be creating a pressure as well since you are always expected to come with a unique idea, is there something you keep telling to yourself as a reminder for motivation?‍

Honestly, I get bored very easily. I hate following the trend and replicate what has already been done, I really don’t see the point.

Finding an original idea is what stimulates me most and thinking of how to make it possible gives a highly motivating challenge to my team.