Through the Stained-Glass | Brian Clarke 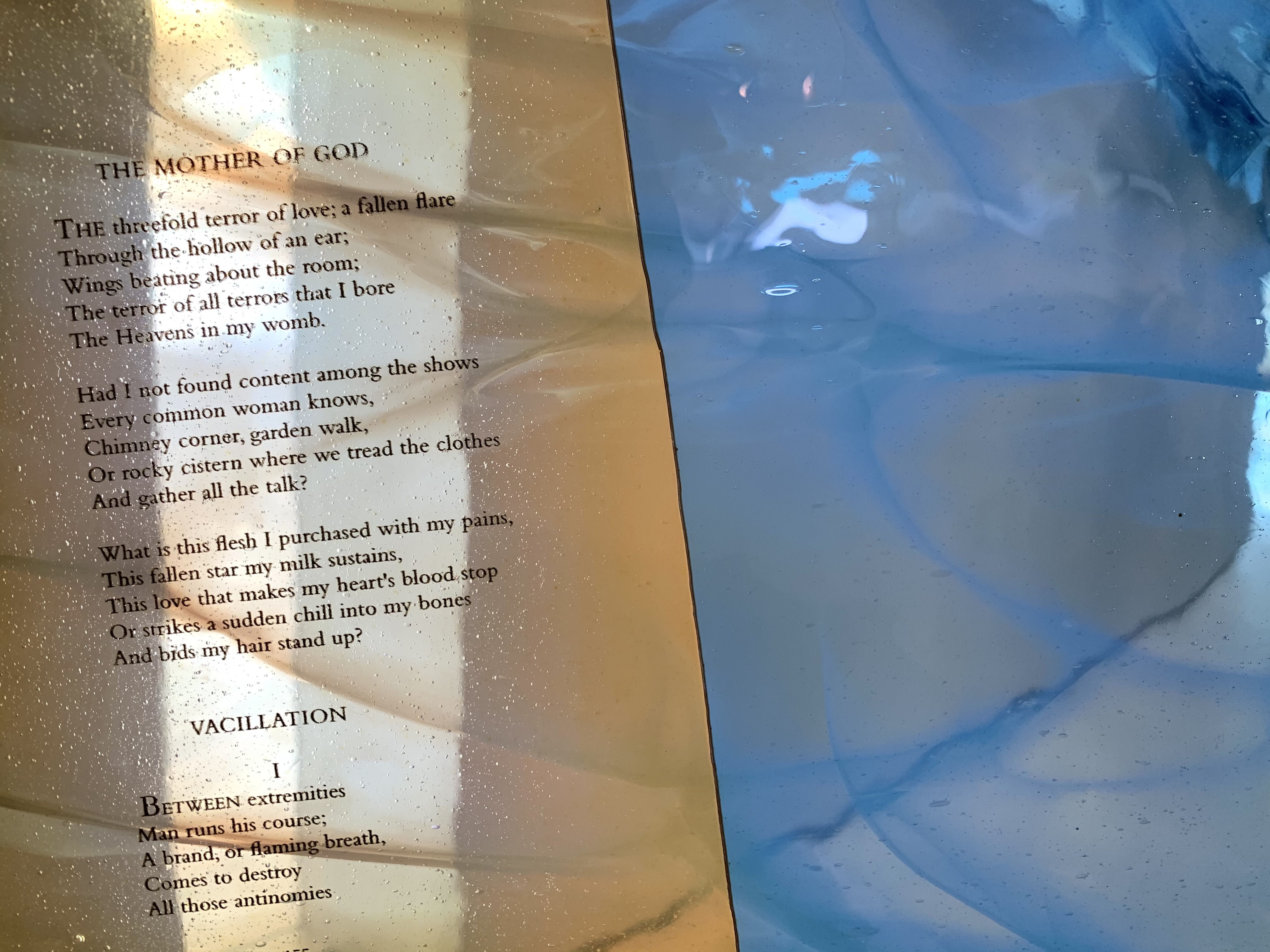 The Museum of Art and Design is currently holding the British artist Brian Clarke’s immersive exhibition, including more than 100 works of stained glass, lead compositions, and related drawings. Brian Clarke is an incredible artist, and anyone interested in architectural arts knows that he is the apotheosis of prolificity. The Shard, his unexecuted collaboration with Renzo Piano, has always been a fan favorite among design students due to its sheer volumetric demeanor. Similarly, his partnership with the architect and Pritzker Prize laureate Arata Isozaki has always been a timeless testimonial of what light and architecture can evoke. On a different note, the general public most likely knows him with his design of Paul McCartney’s iconic album cover, Tug of War.

Upon visiting his series named The Screens, the first thing noticeable is the miscellany of East and West. An invention of East Asia, interior screens have been part of the western domestic design traditions for quite some time. Clarke’s implementation of one of the most traditional Eurocentric art traditions on the screens was rather entrancing to see in person. Even though it was fascinating to witness Vacillation by William Butler Yeats, the poem investigating the source of happiness and its palpable connection to grief, or stock exchange graphs on stained glass, some of the most impactful screens were undoubtedly the ones that delivered the most vibrant light reflections. Order and Chaos juxtaposed a brick wall with abstracted blue leaves, creating a beautiful light play of purples and violets. Blue Computergram followed a similar color story, but the geometric rigidity of the pattern was a nice contrast to the organic nature of the medium.

Looking at the exhibit from a different perspective, one might claim that the museum did not fully take advantage of its location. The museum had terrific views of the Columbus Circle and Central Park; however, all the light play was created with artificial lighting. The windows were almost entirely closed off. Anyone who has been into architectural art would unintentionally compare the displays to Raul De Nieves’s site-specific stained glass work at The 2017 Whitney Biennale. Apart from being the artwork itself, his stained glass work not only created a vivid backdrop to his elaborate sculptures but also fully utilized its location, providing a unique perspective to the charming streets of Chelsea. The visitors would love to see Central Park through Clarke’s breathtaking screens!

Overall, the exhibition was truly incredible, mainly because the light plays were much more vibrant in person compared to the published images. When the visitors walk through the pieces and experience the compelling hues, Clarke’s words on stained glass will surely resonate with many of them: “There is a world that can only be seen through stained glass. It is like no other. The range of experience I can deliver through it is greater than anything I’ve known in my life.” 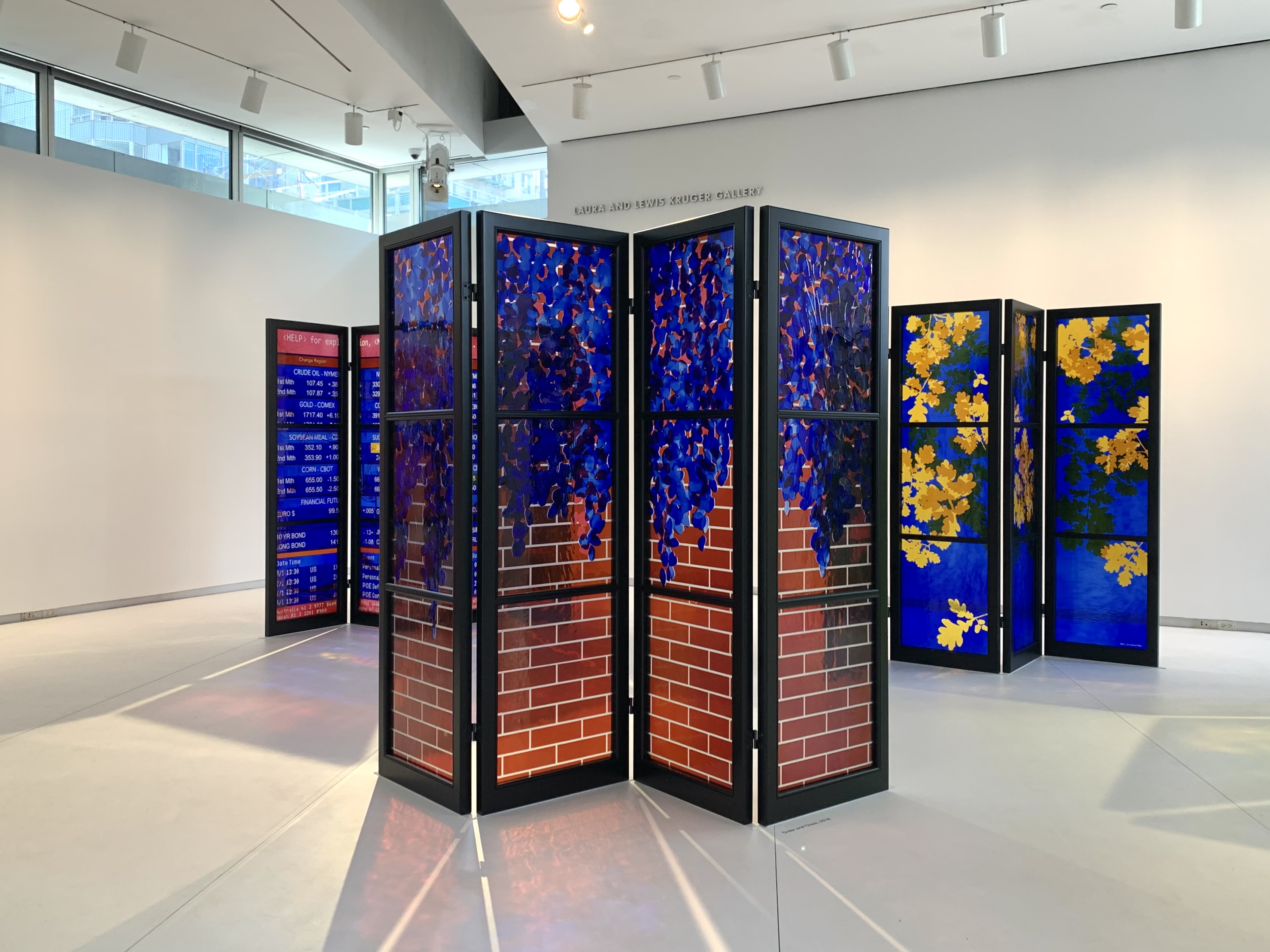 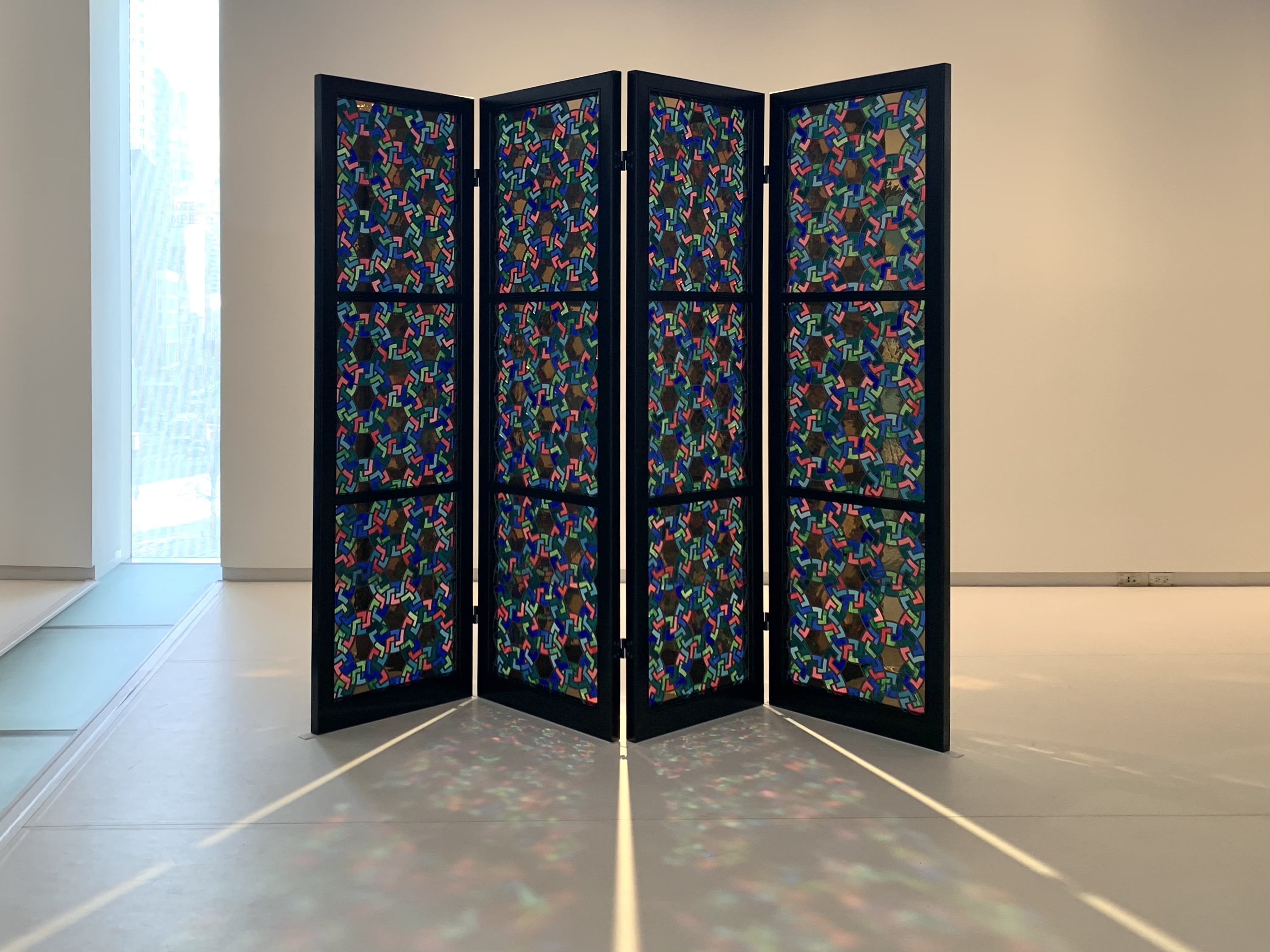 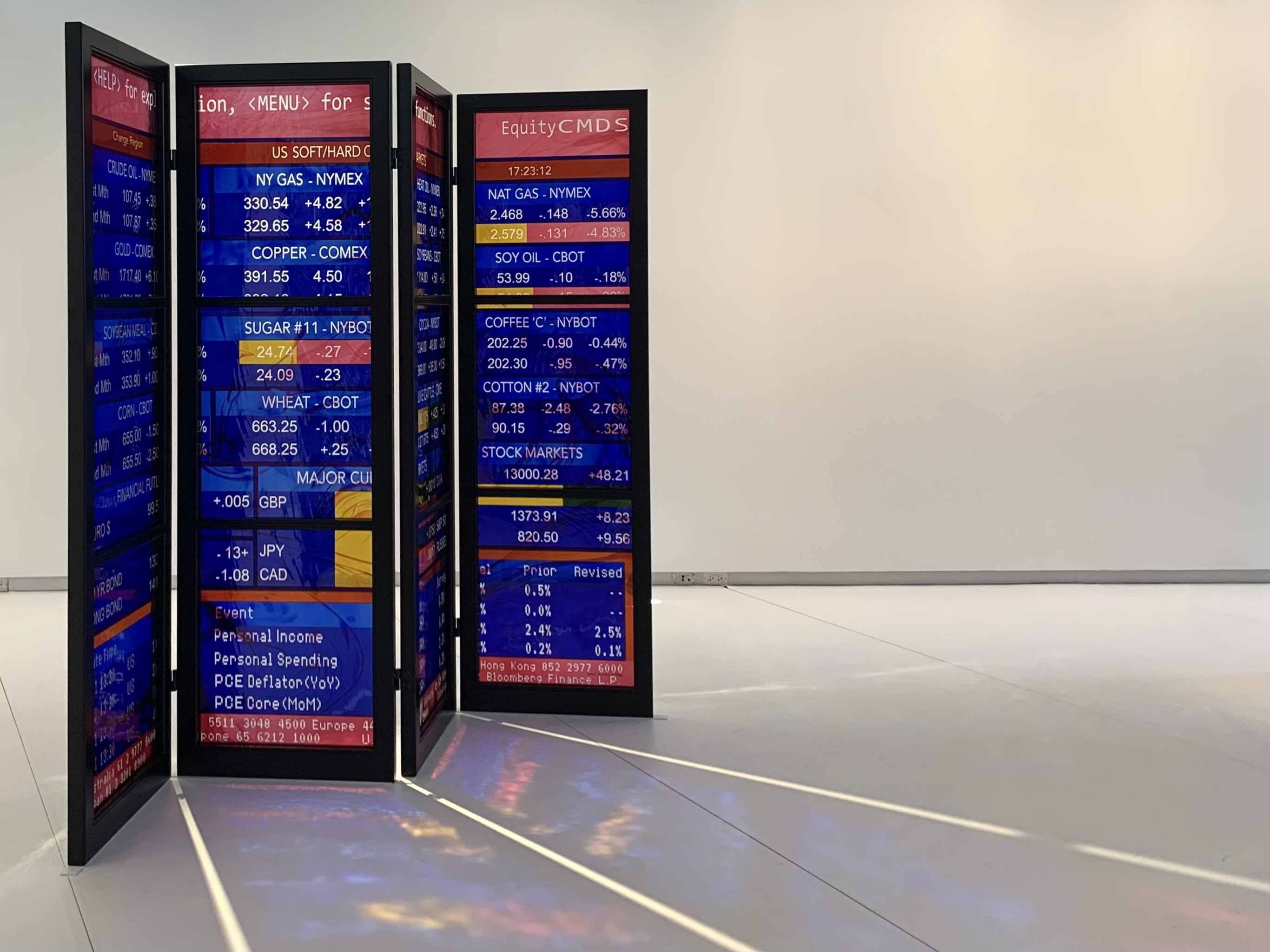 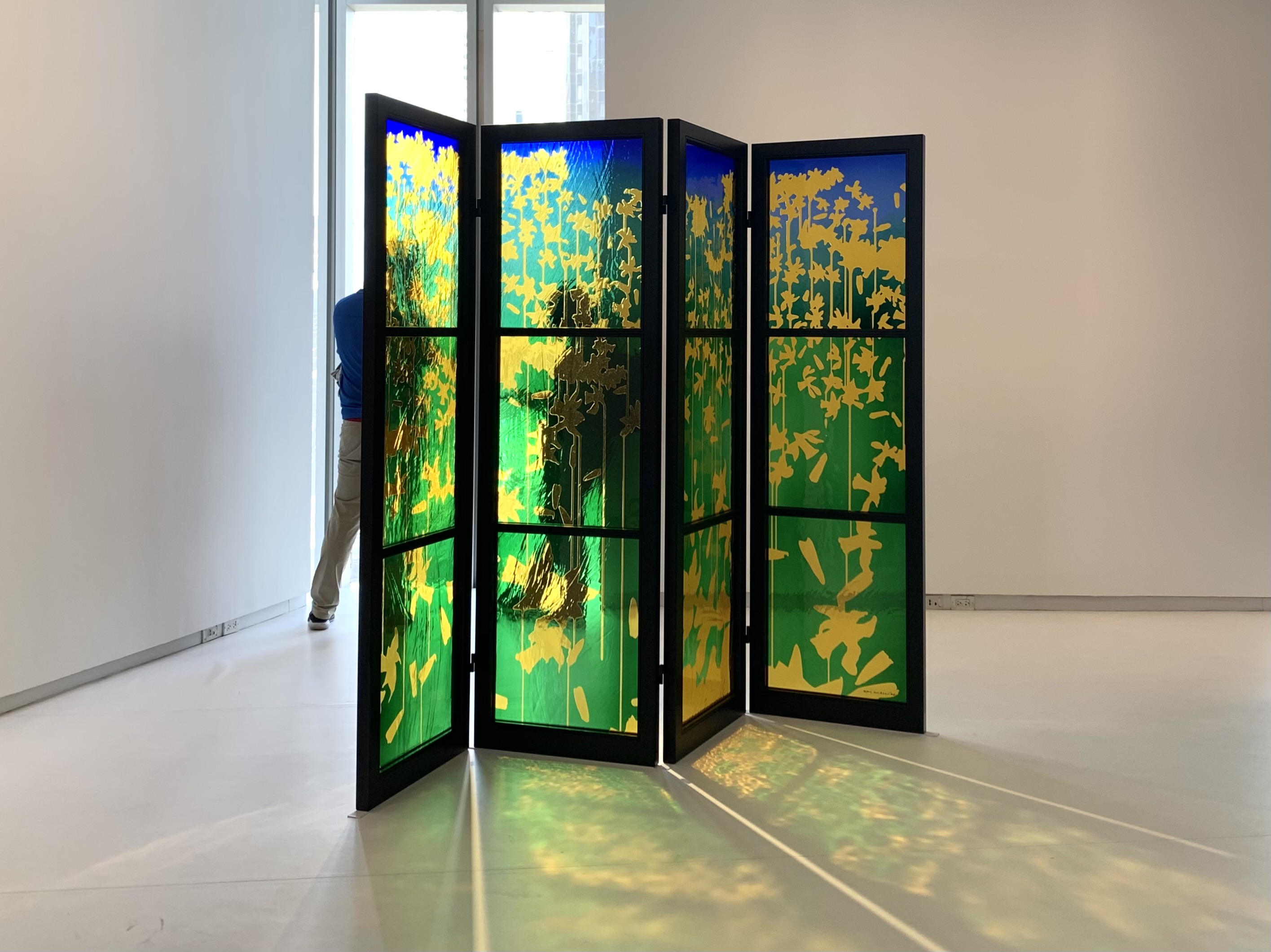 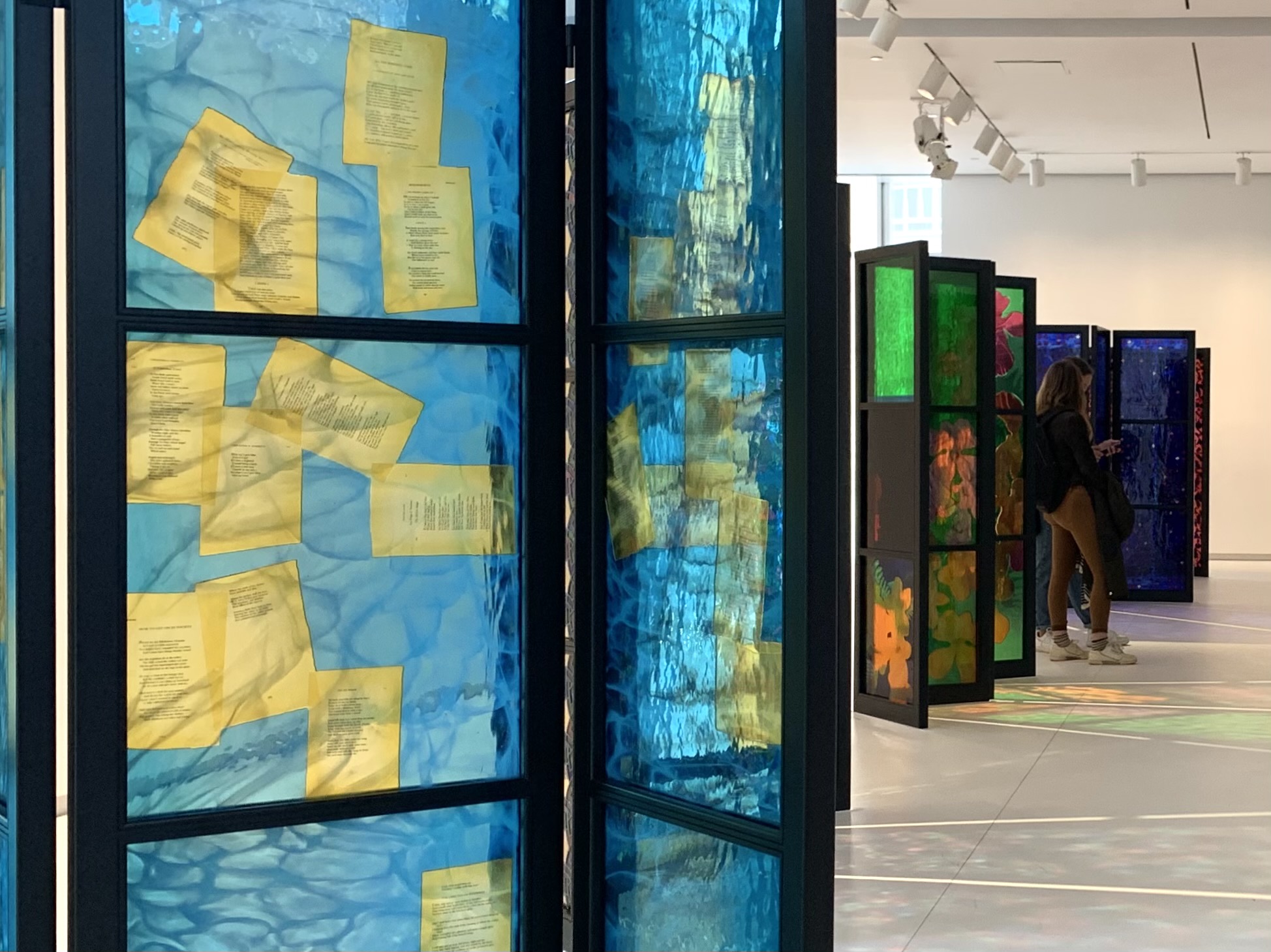 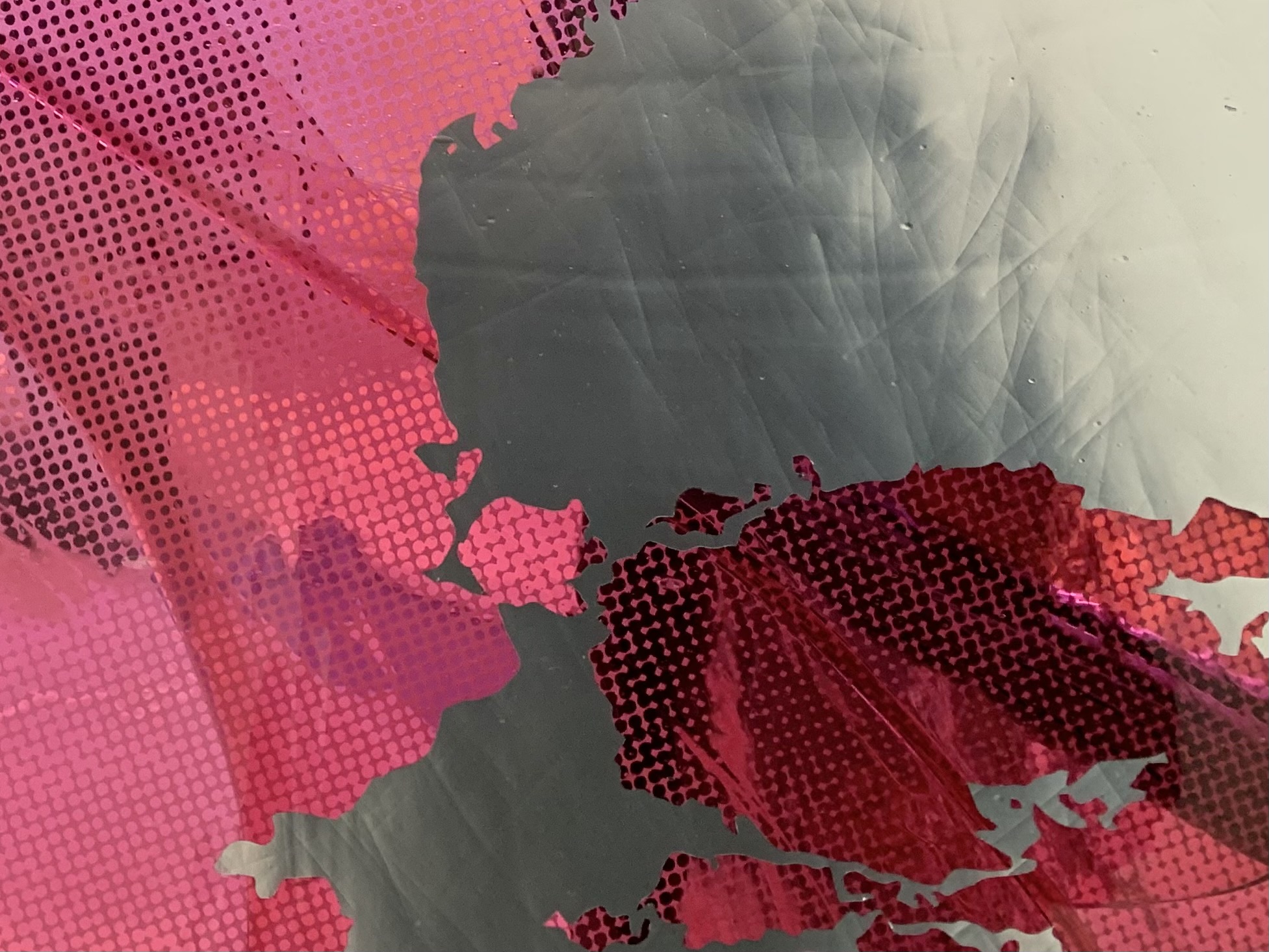 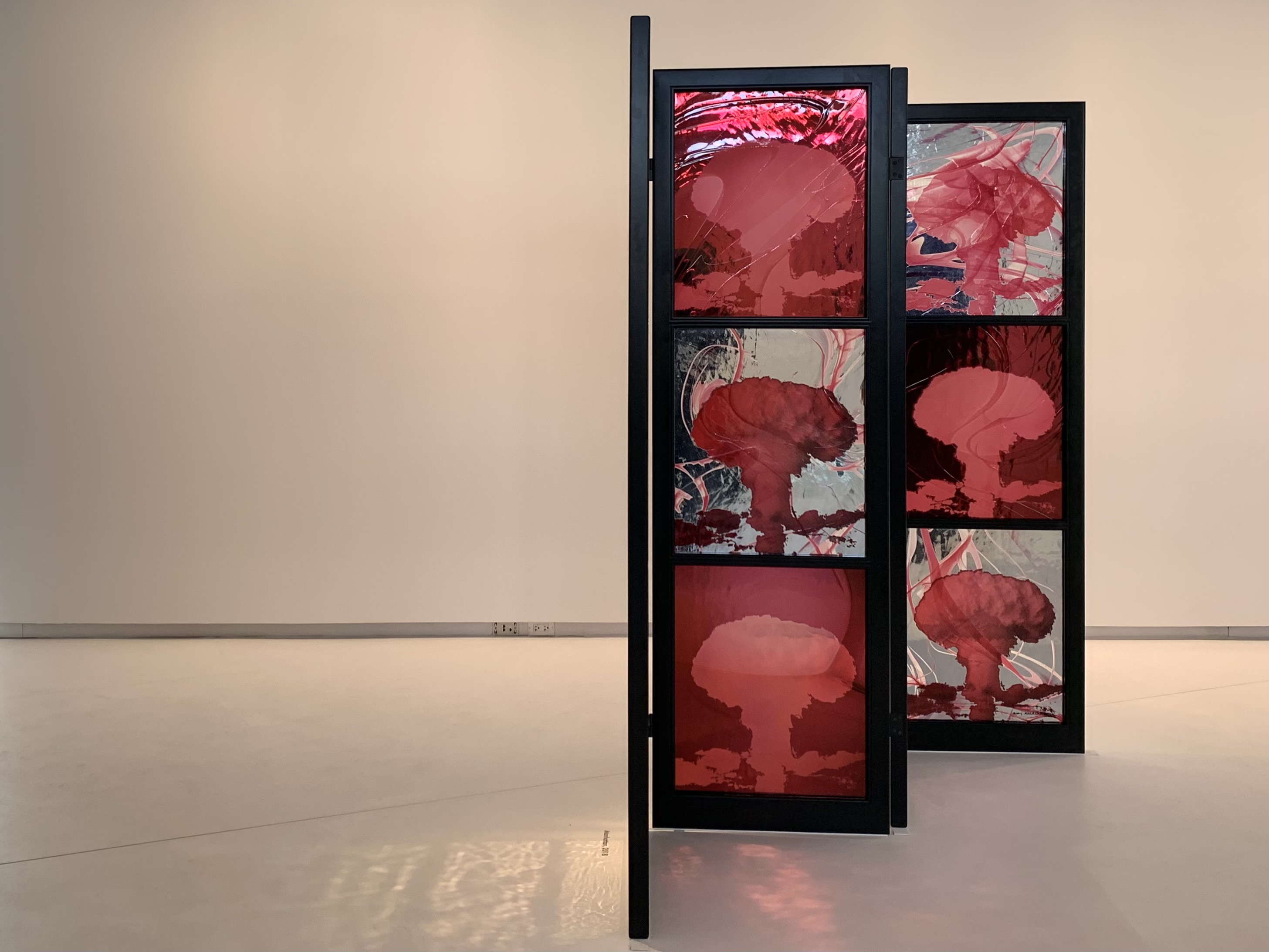 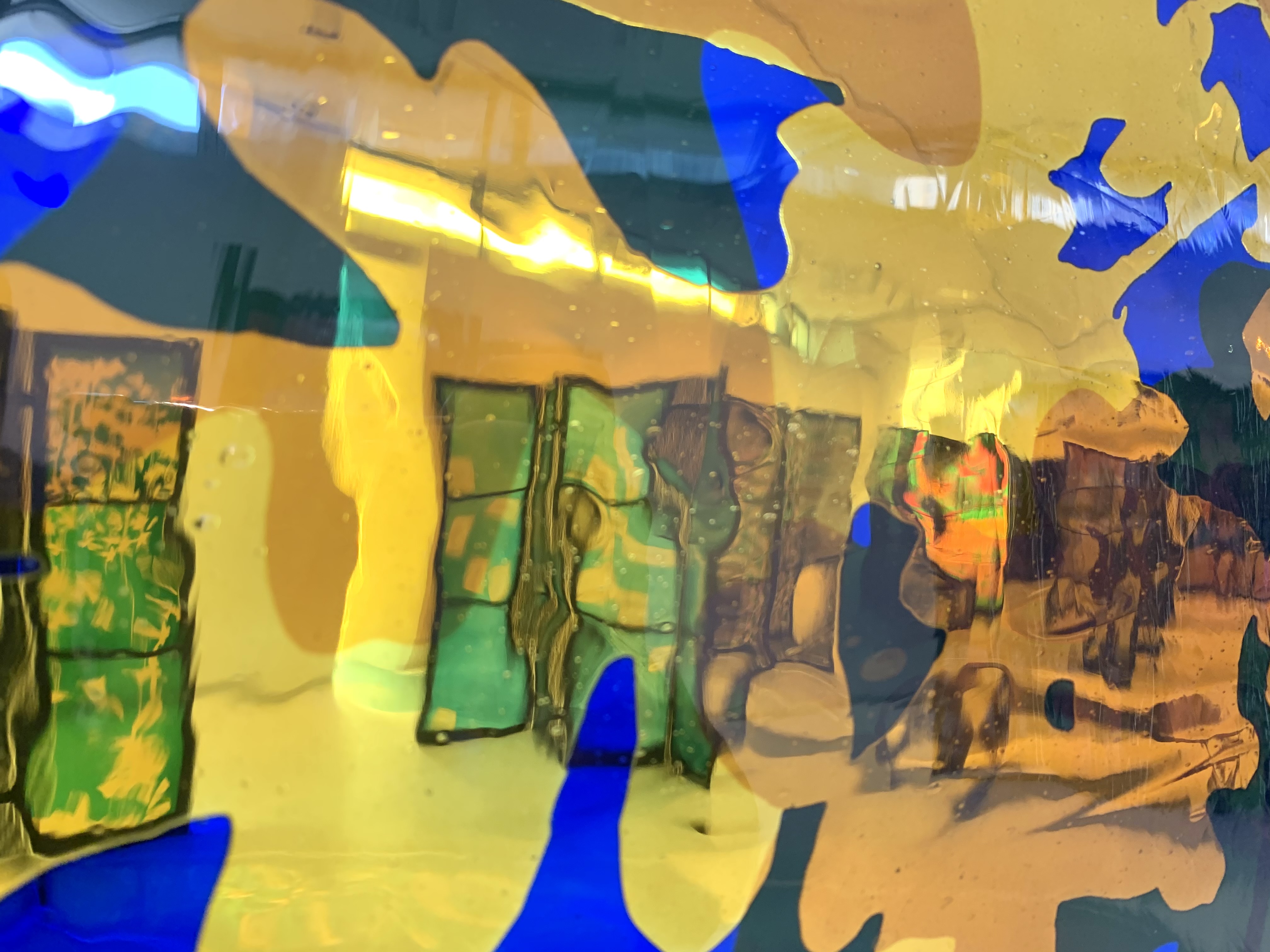 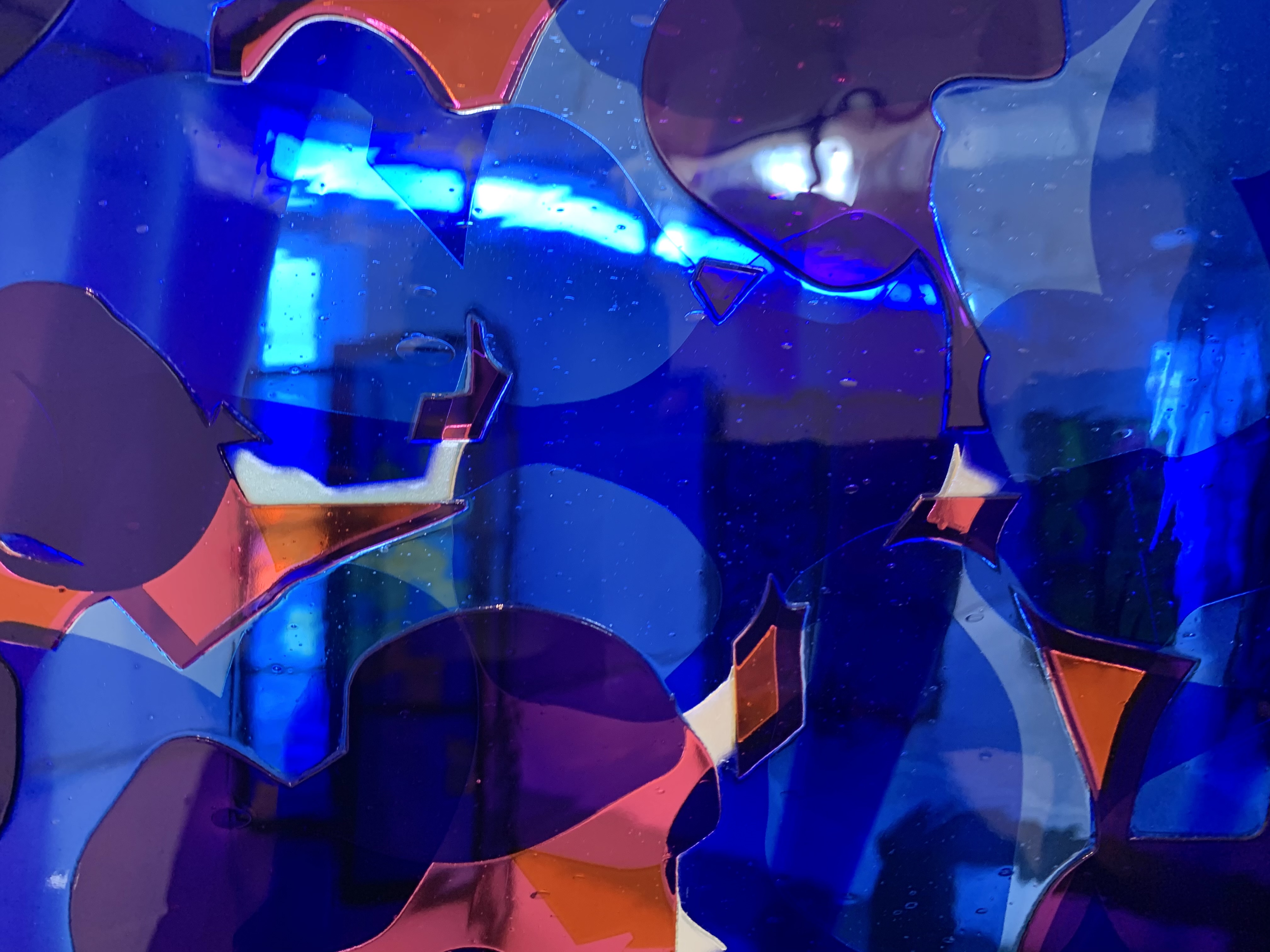 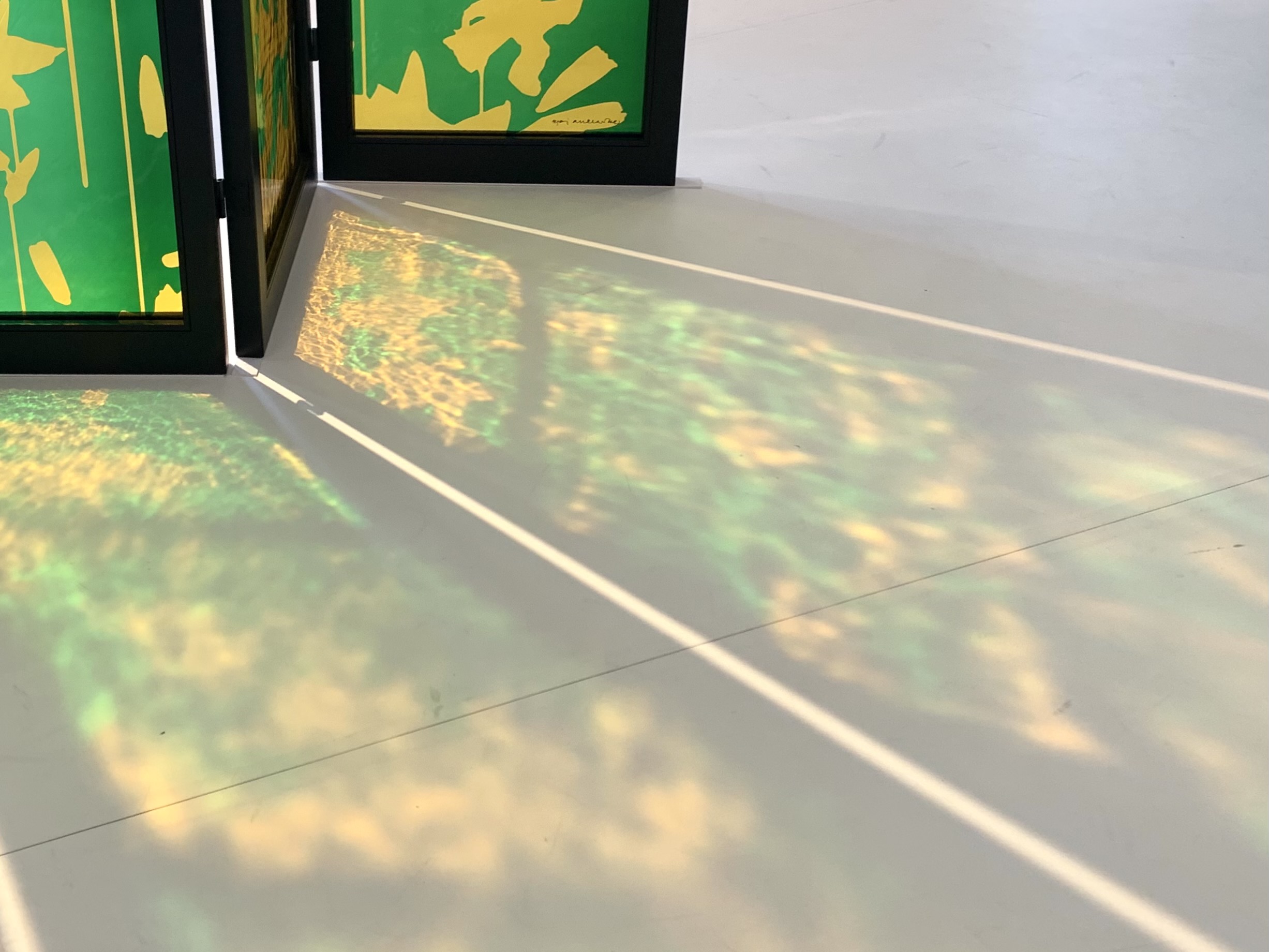 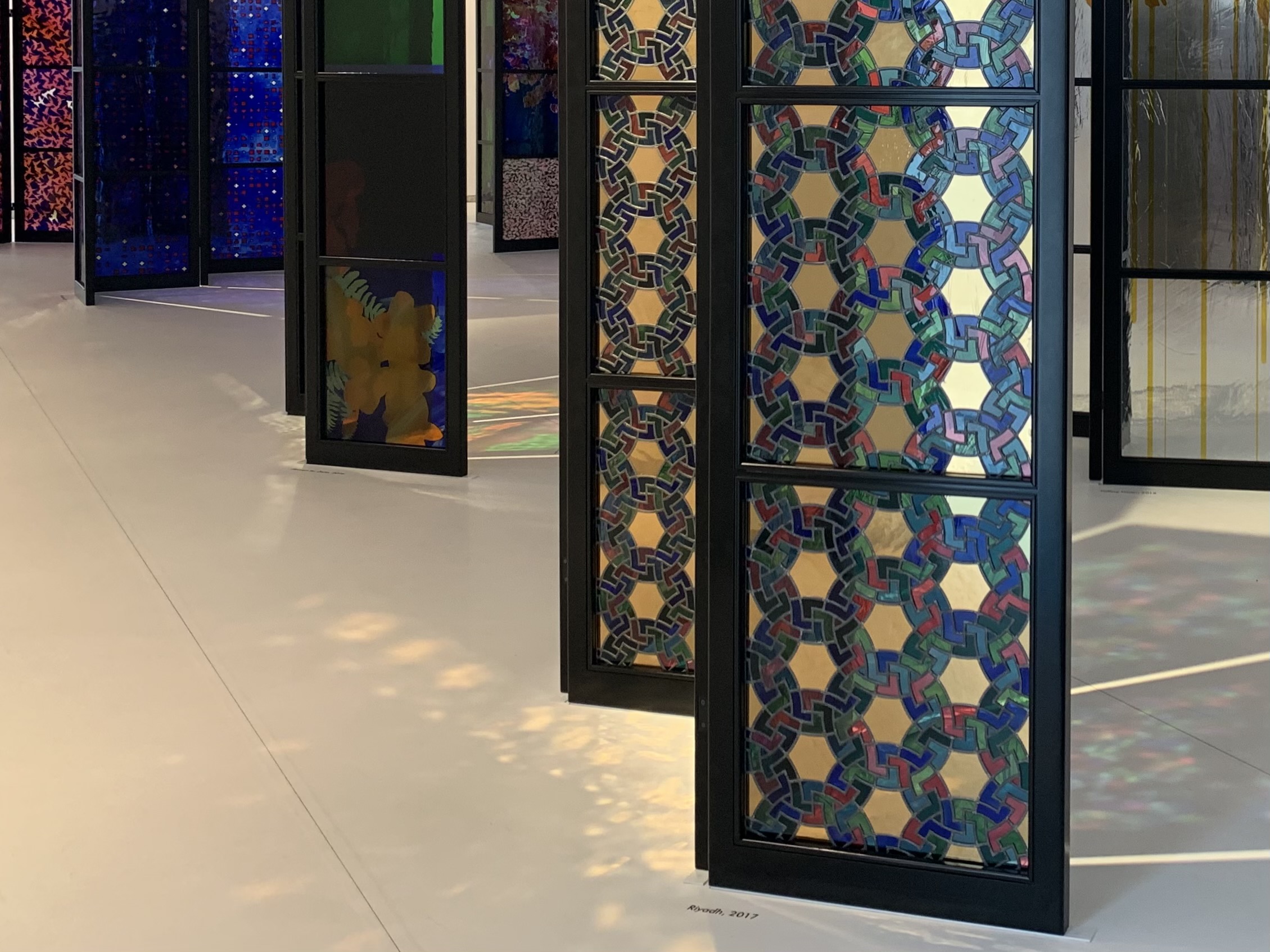 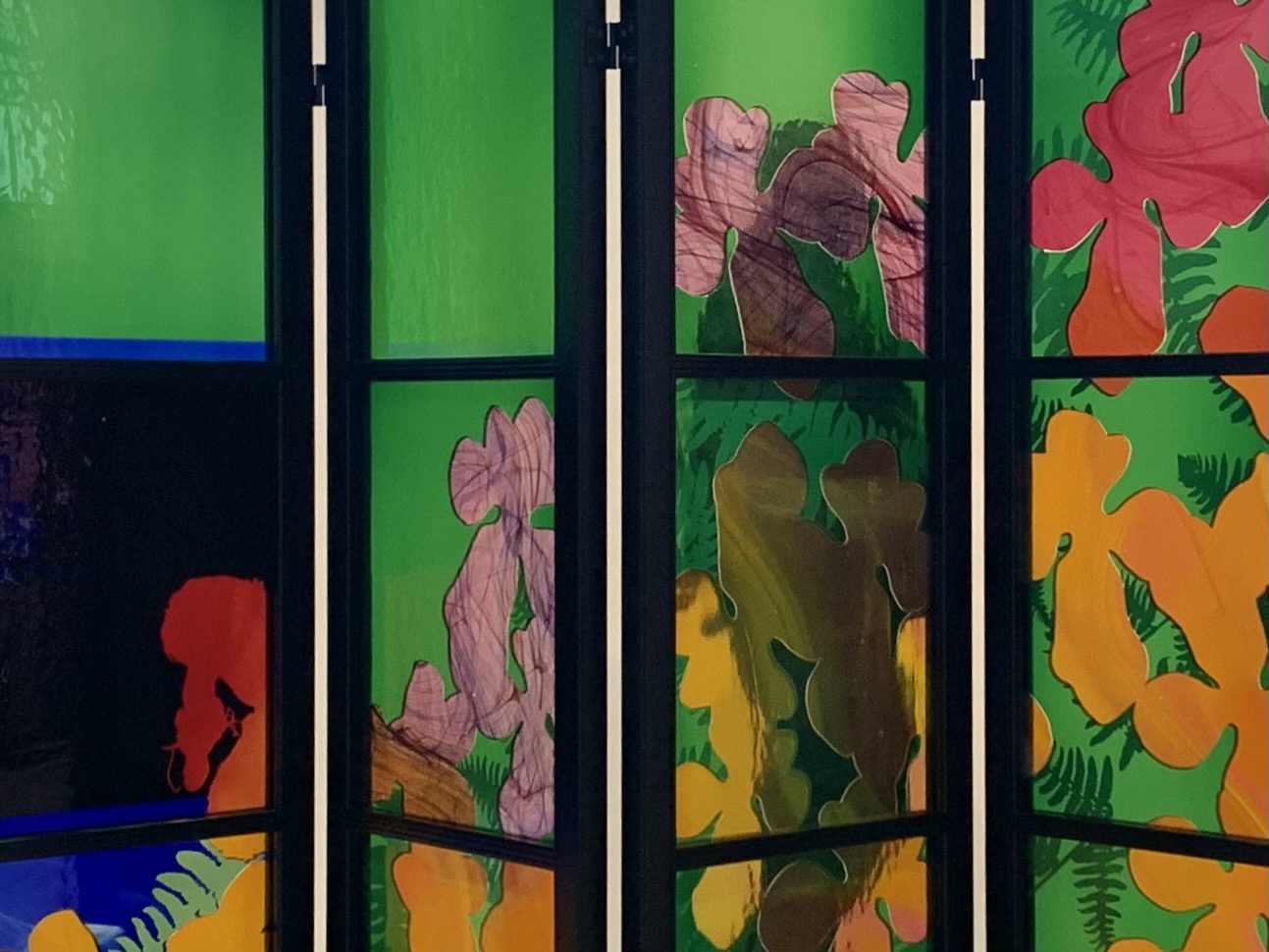 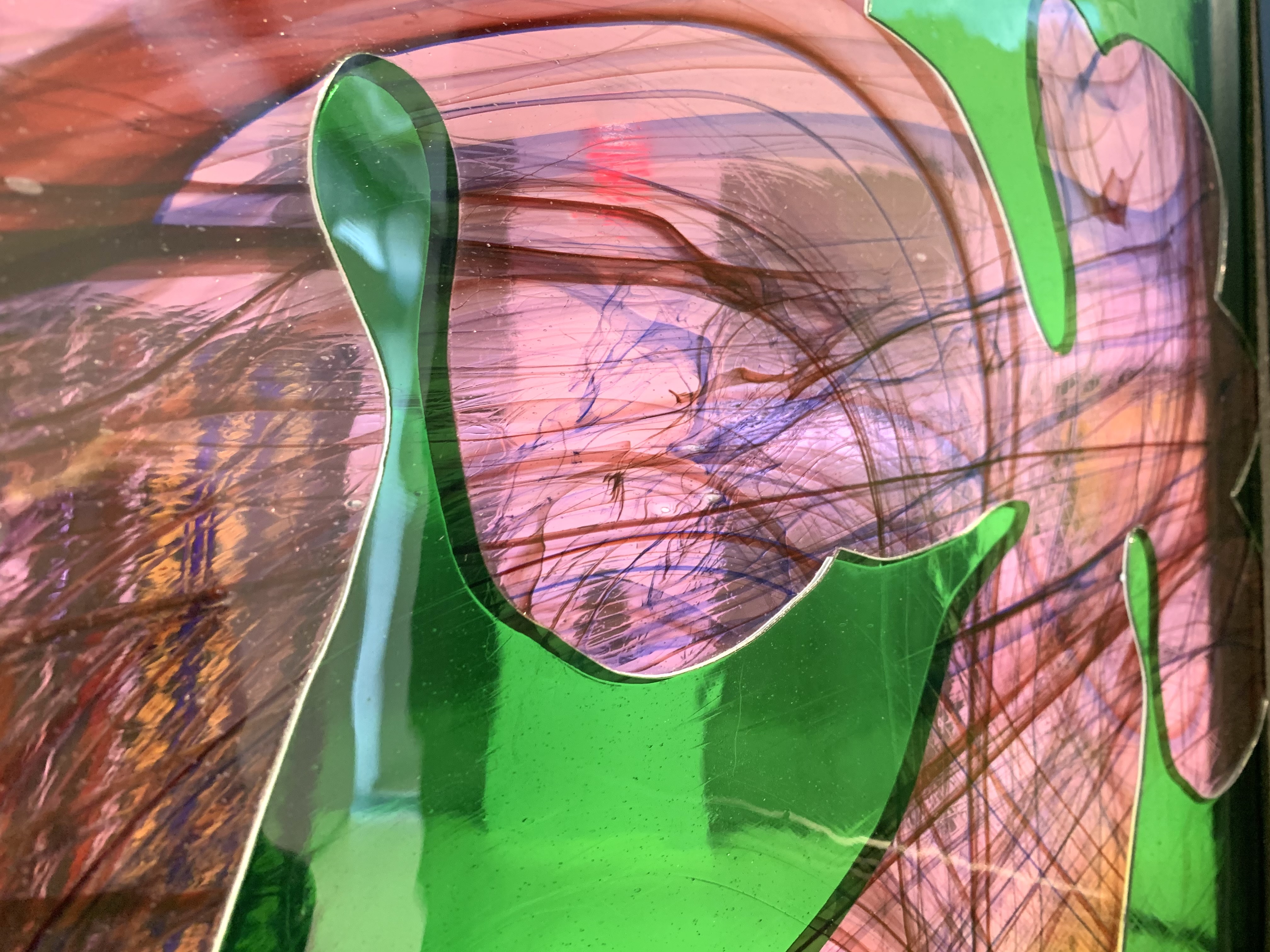 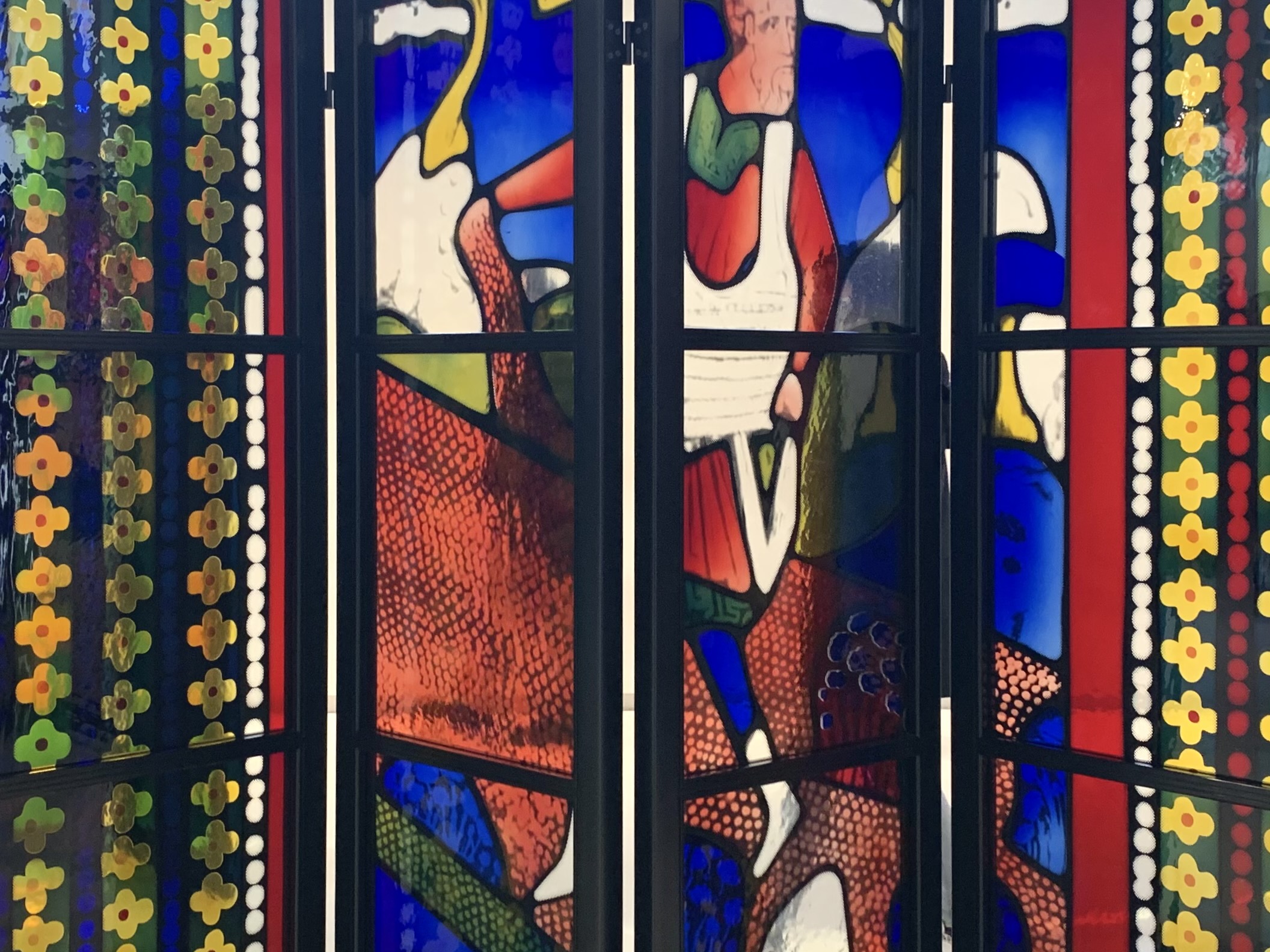 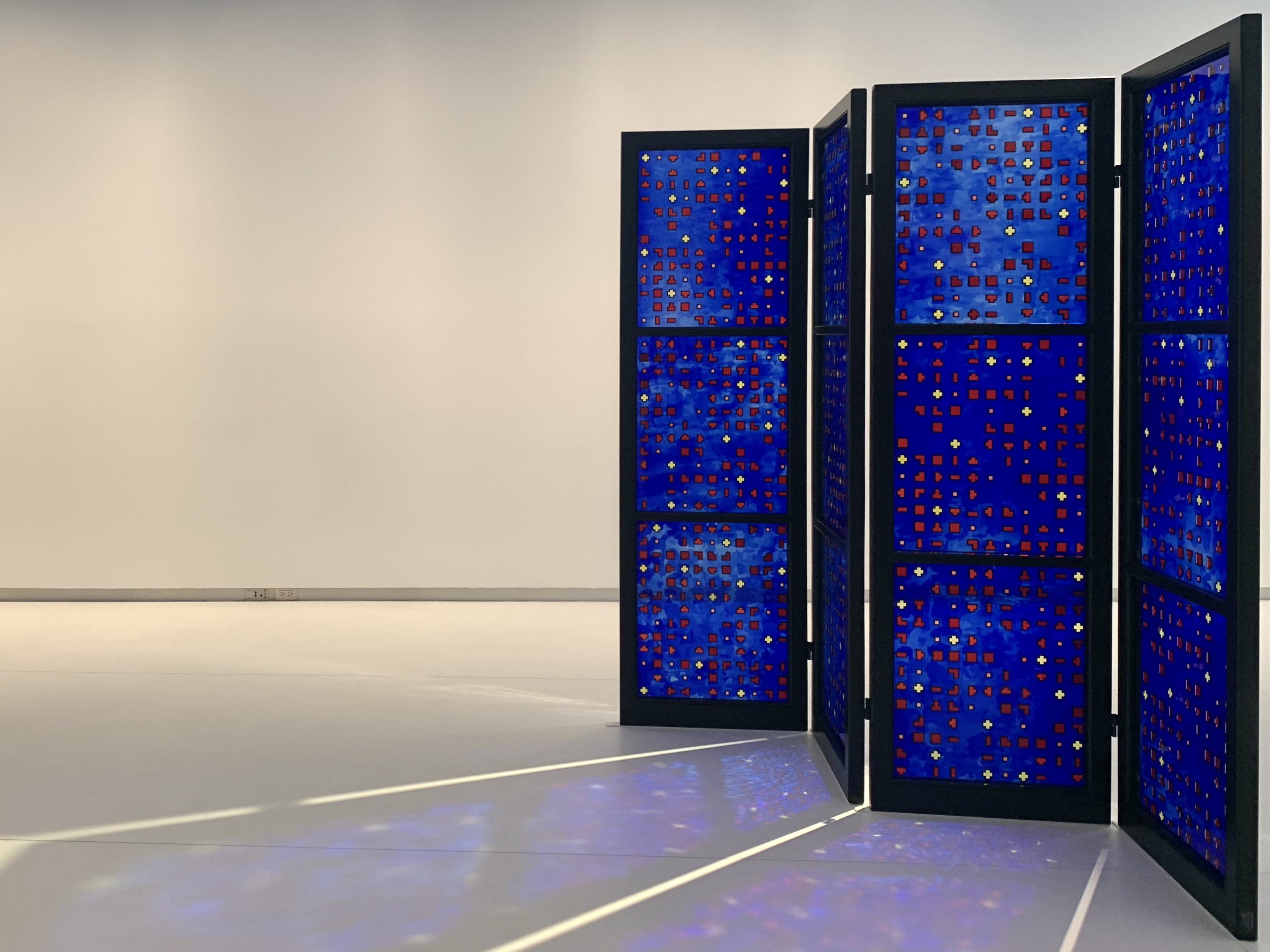 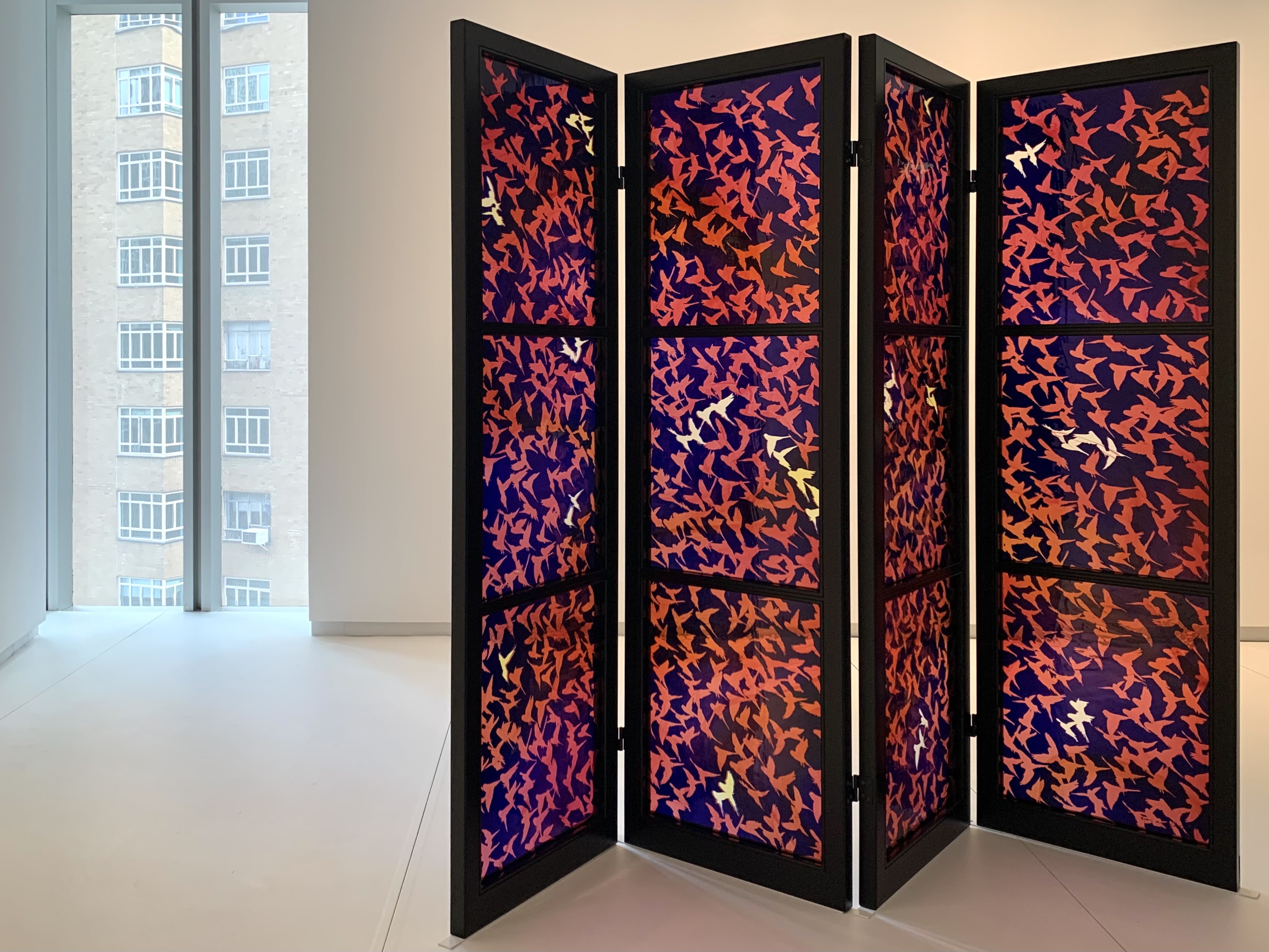 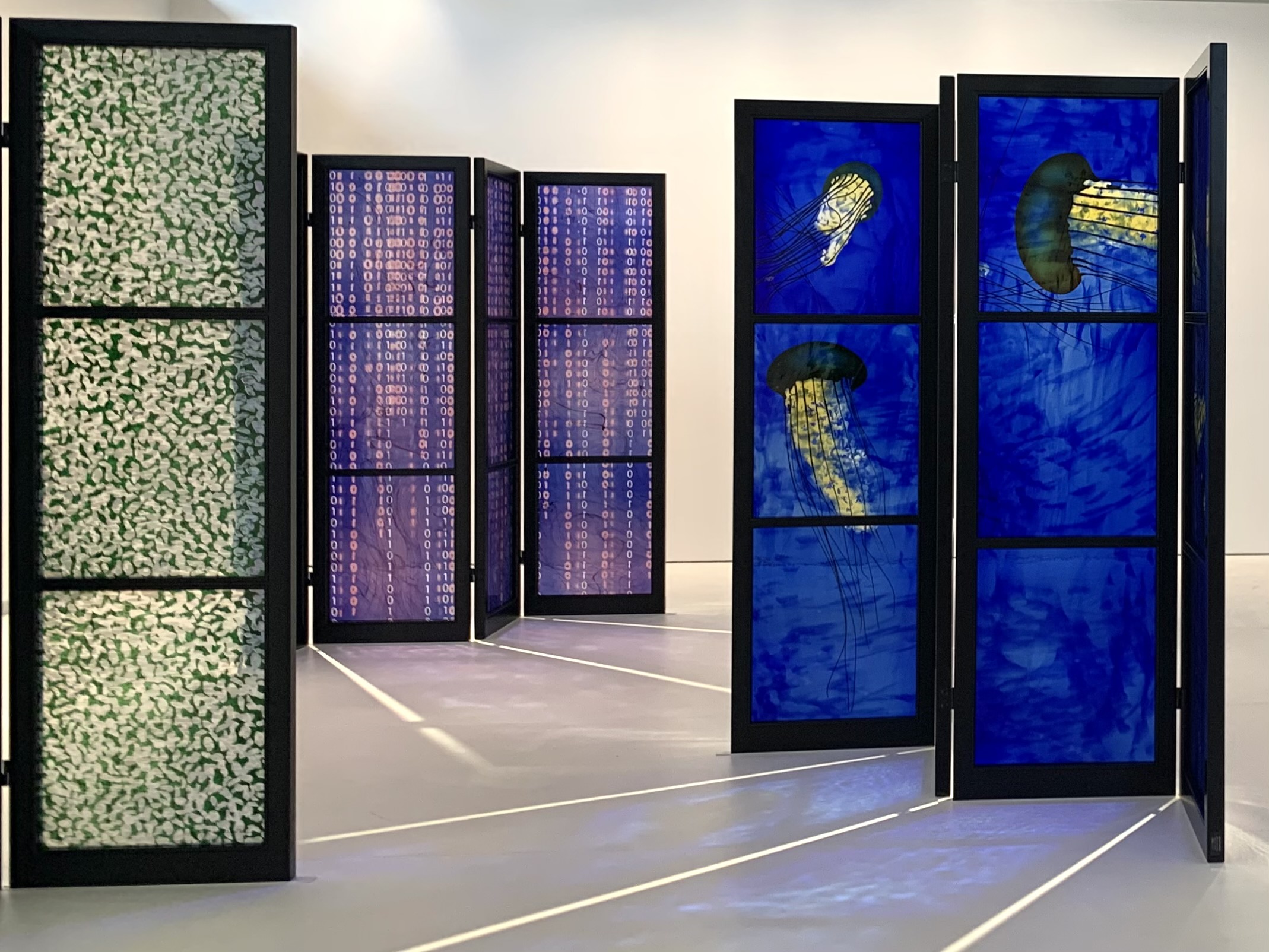 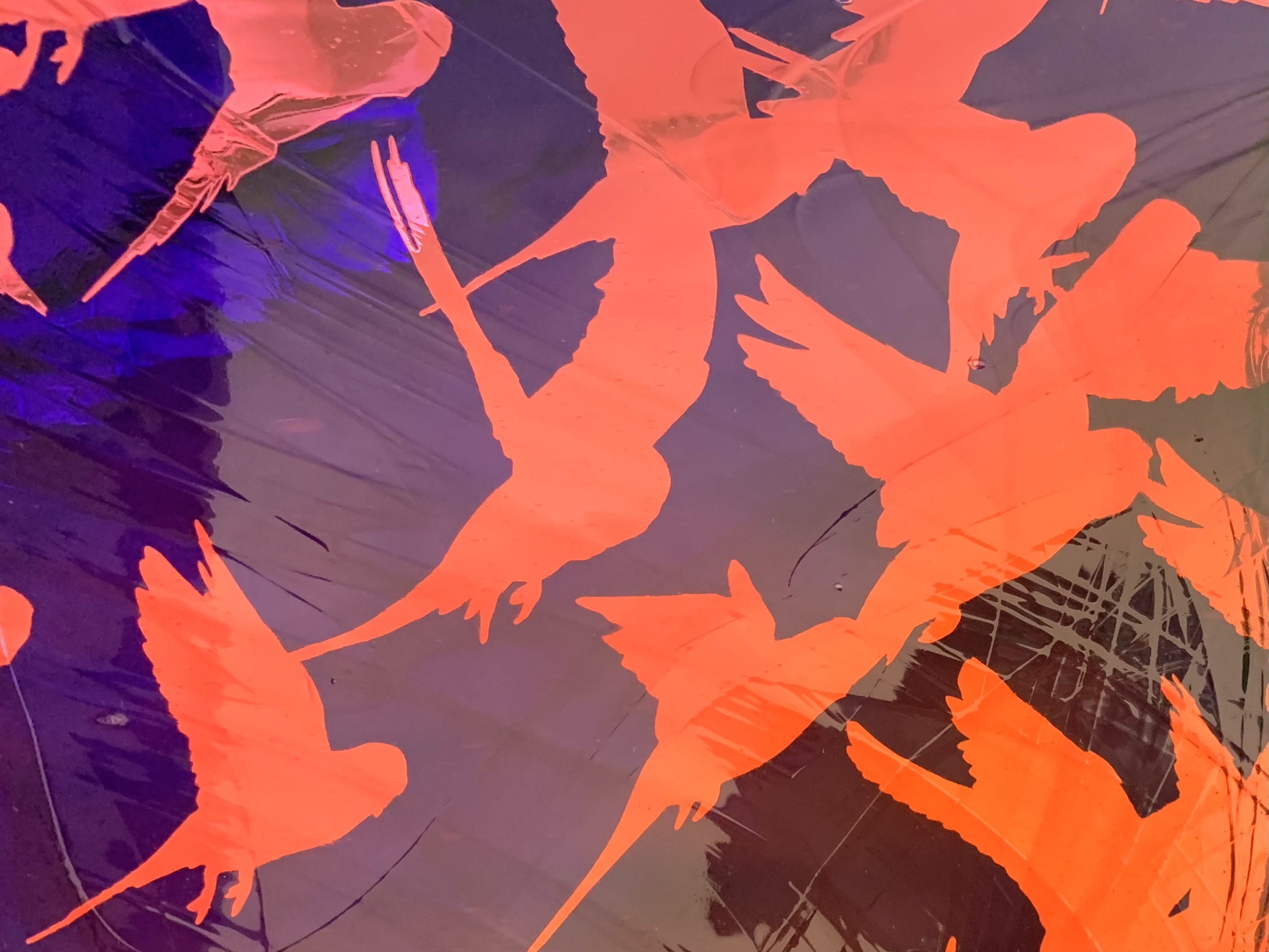 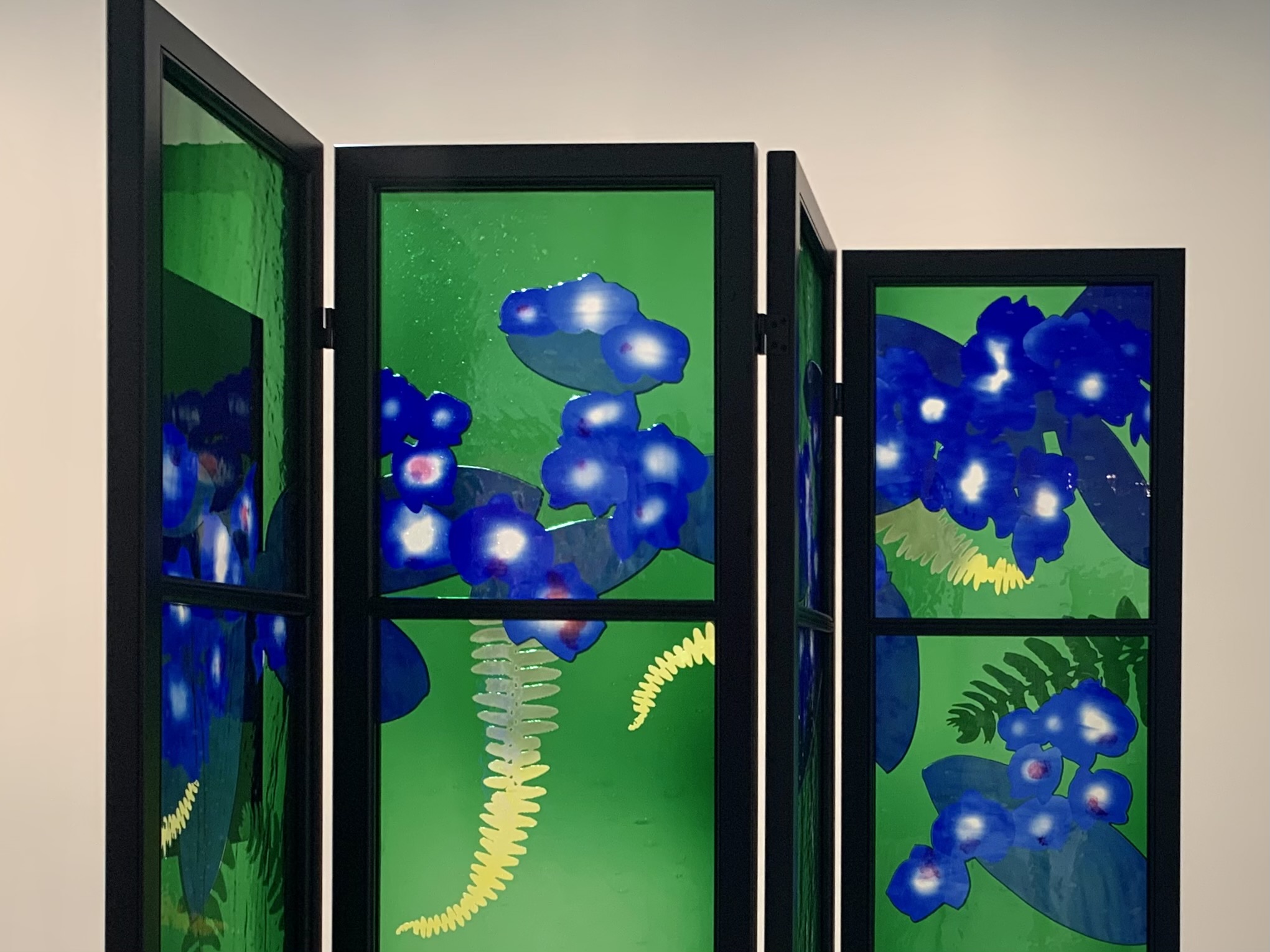 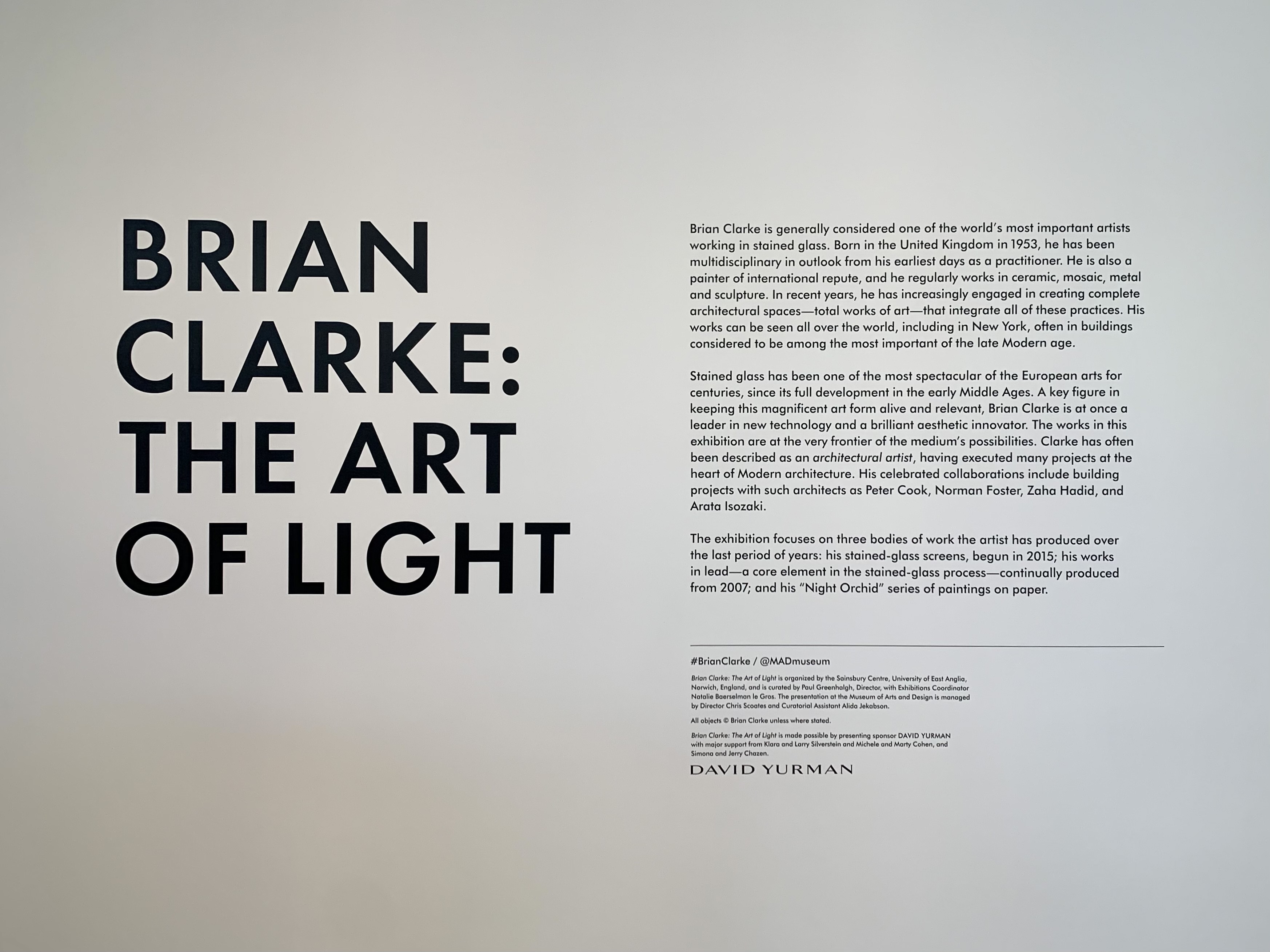