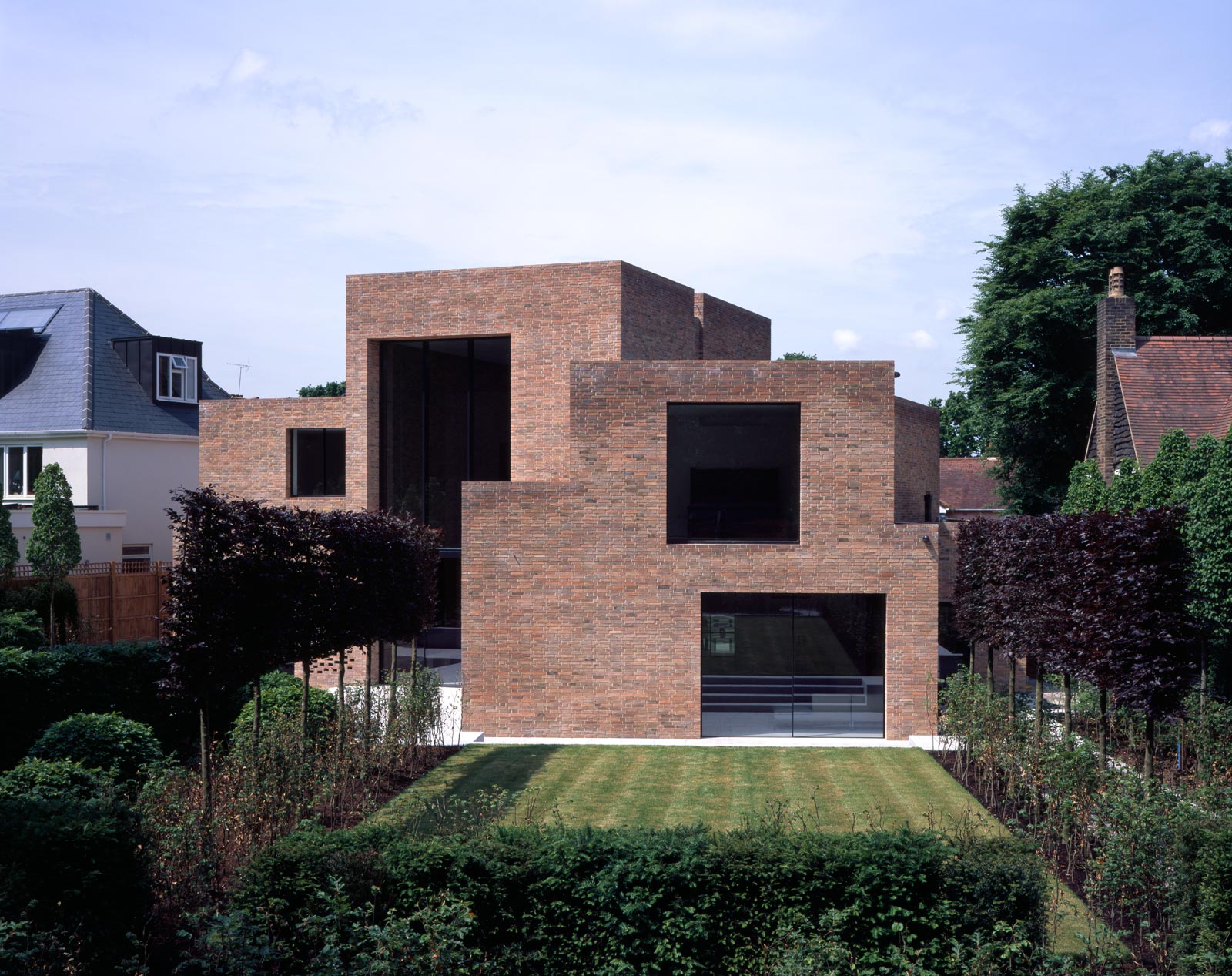 The original commission was to replace an existing large, detached Edwardian house with a new family home. The old house was suffering from a long-term lack of repair and reflected a pattern of living that was far more relevant to life more than a century ago. Benign in character and quality, it blended into the typical set-piece of the suburban streetscape, and architecture that appeared different to its surrounding status-quo was always going to be treated with suspicion by the neighbourhood.

The resultant new detached family house creates a strong relationship between its context, its external form and the composition of its internal spaces. A clear language of public and private is defined spatially and by the elevations of the house. The treatment of thresholds between interior and exterior space varies greatly in scale and proportion from front to rear, according to each room’s physical and visual connection to the street, the gardens and Highgate Wood beyond. The front elevation is divided into three tightly-packed, angled gables of varying heights, a proportional device to reference the surrounding vernacular architecture, and completing a geometrical scale-step between the building lines of adjacent houses. The rear elevation contrasts in character with more generously proportioned windows and terraces linking inside and outside.

The large central hall becomes the determining element in the spatial composition. It defines the centre-piece of the radiating arrangement of masses which relate in scale and grain to the neighbouring houses and suburban condition. Simultaneously, the hall reinforces a hierarchy of rooms within the house according to patterns of living: open plan living spaces on the ground floor and more conventional cellular rooms on the upper levels.

Its architecture is given physical consistency and presence throughout by its sculptural use of brick. This provides coherence with the surrounding detached houses, and although manifestly abstract in its use (covering all surfaces inside and out), the brick retains the association of traditional craft embedded in the eclectic architecture of the North London suburb. Brick is loadbearing structure and finish. Laid in a random bond, its sheer surfaces are punctuated only by window reveals of exaggerated depth, and hit-and-miss detailing which discretely conceals ventilation mechanisms or obscures apertures to private spaces.

Brick is complemented by only a few additional materials which strengthen the overall spatial character. Large slabs of silver granite create an external tectonic plinth that physically grounds the brick house into its gently sloping topography, linking front gravel entrance drive to rear terraces of landscaped gardens. Internal ground floor is covered entirely with white travertine, interrupted only by a luxurious, black travertine which lines the immersive realm of the swimming pool and spa. To accentuate the scale of the central hall, staircase and gallery are expressed as a large furniture installation crafted in black smoked-oak. The reflective sheen of the white polished plaster ceiling with its central circular oculus further reinforces the extraordinary vertical proportions of the room.

The proposition of this new family home examines a fundamental tension of architecture – the responsibility to belong to its surroundings in terms of scale, proportion and material, whilst facilitating the patterns of everyday lives through the making of rooms 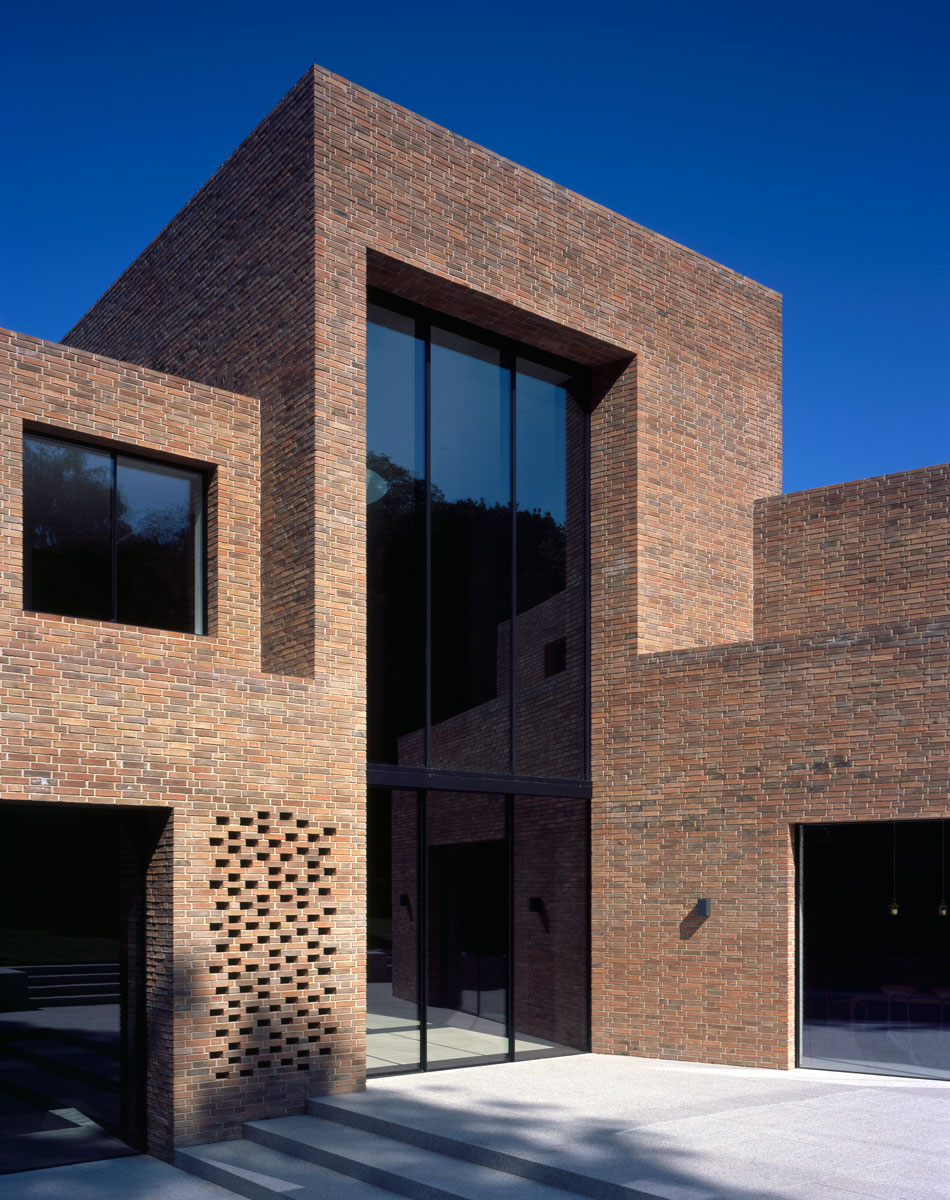 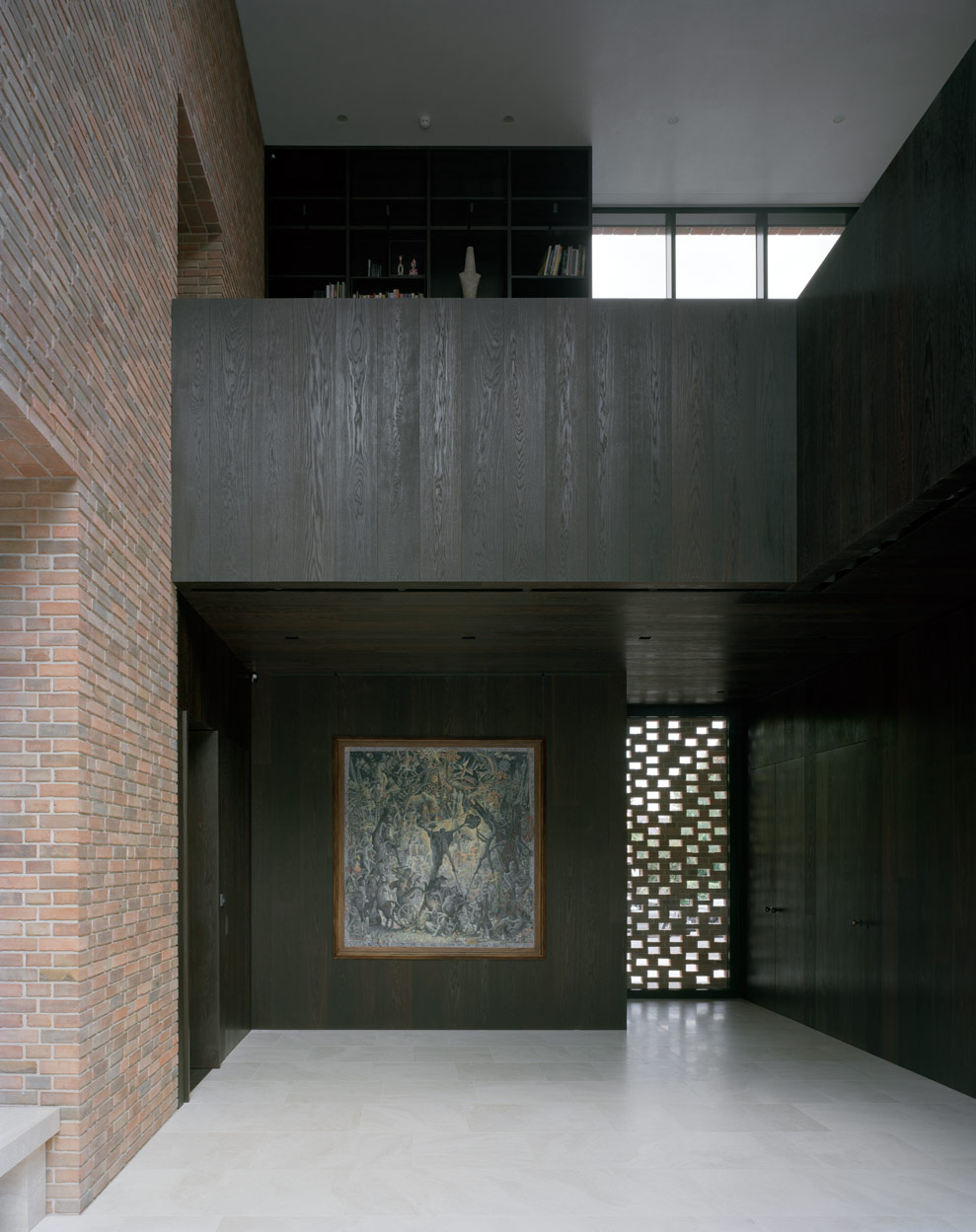 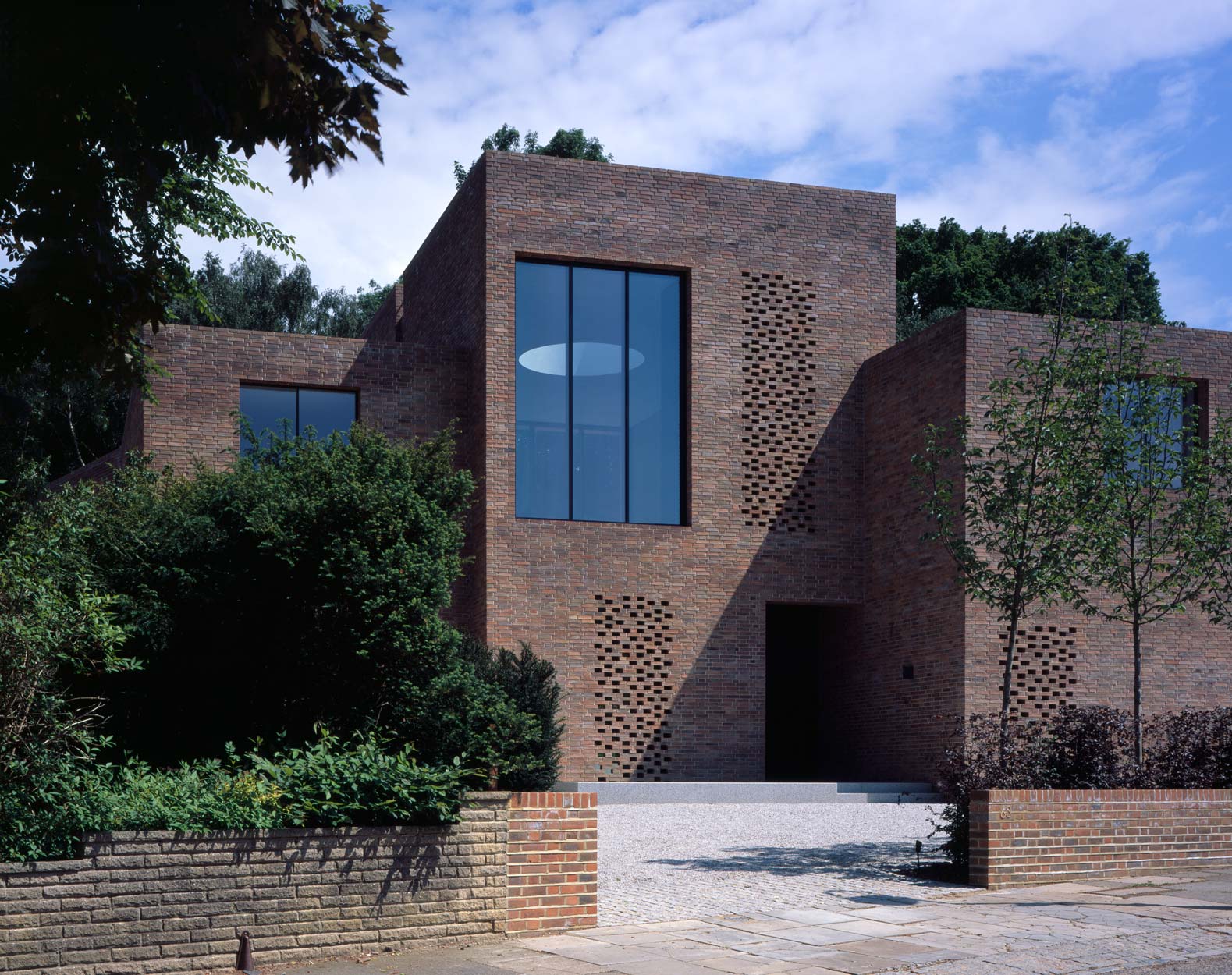 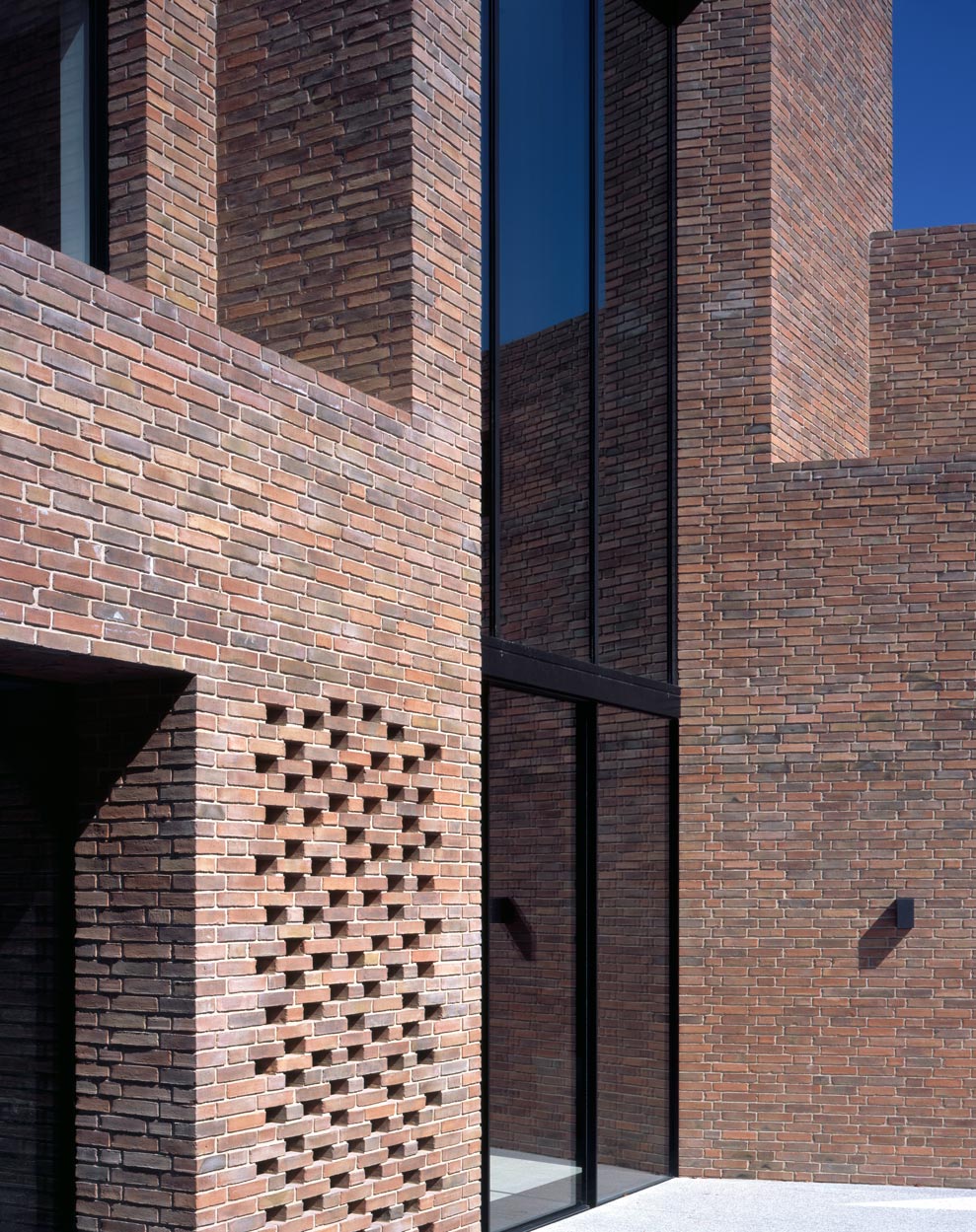 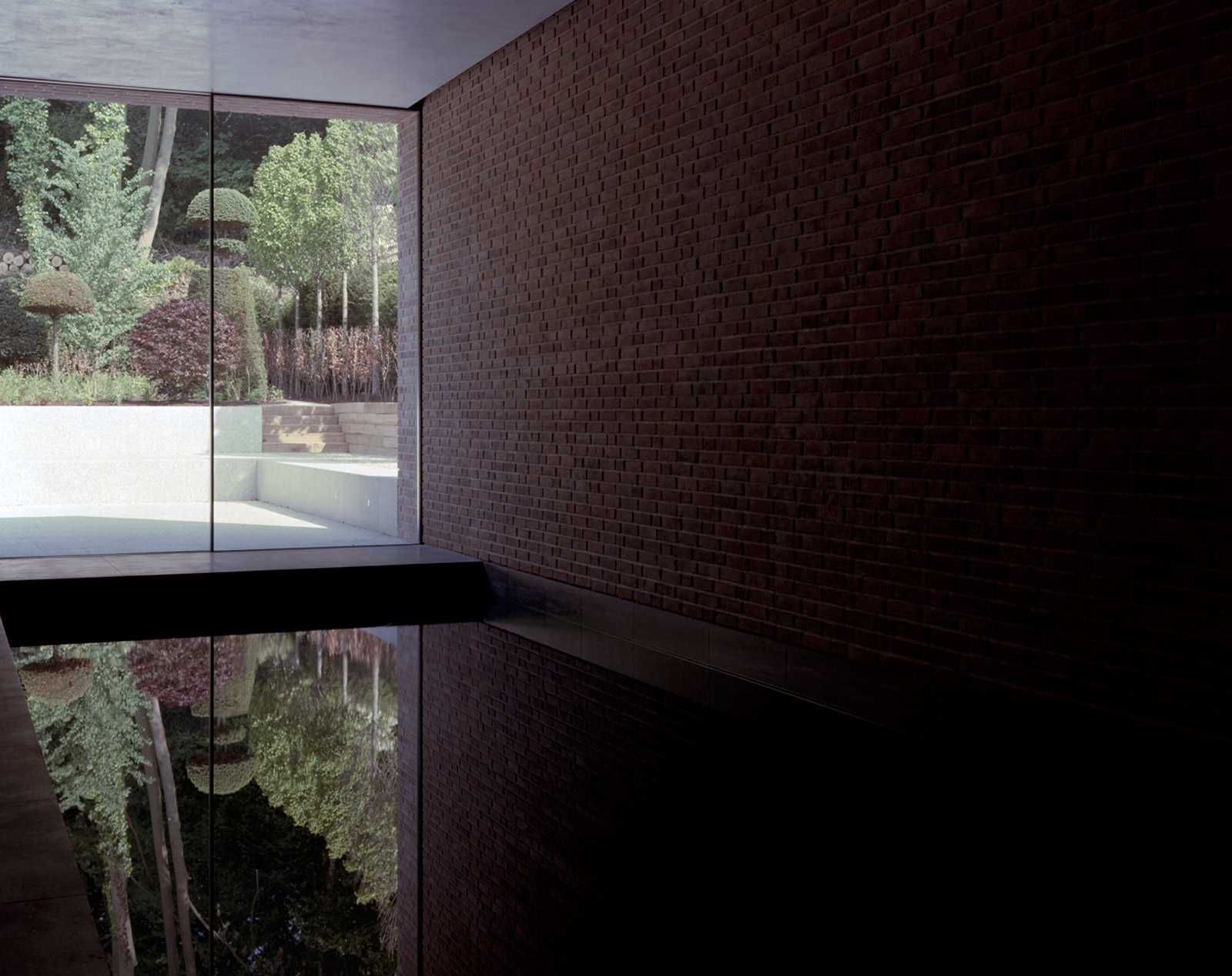 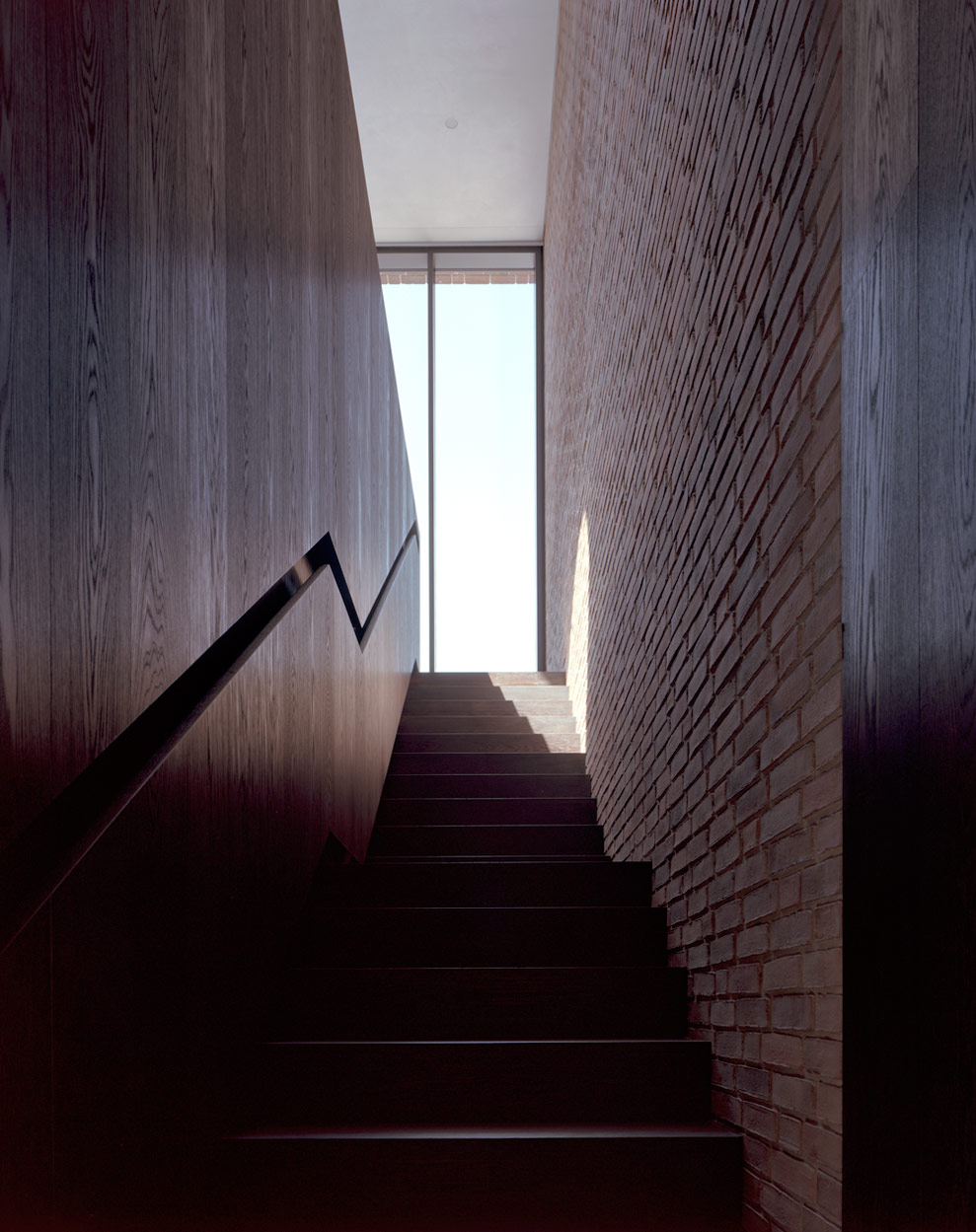 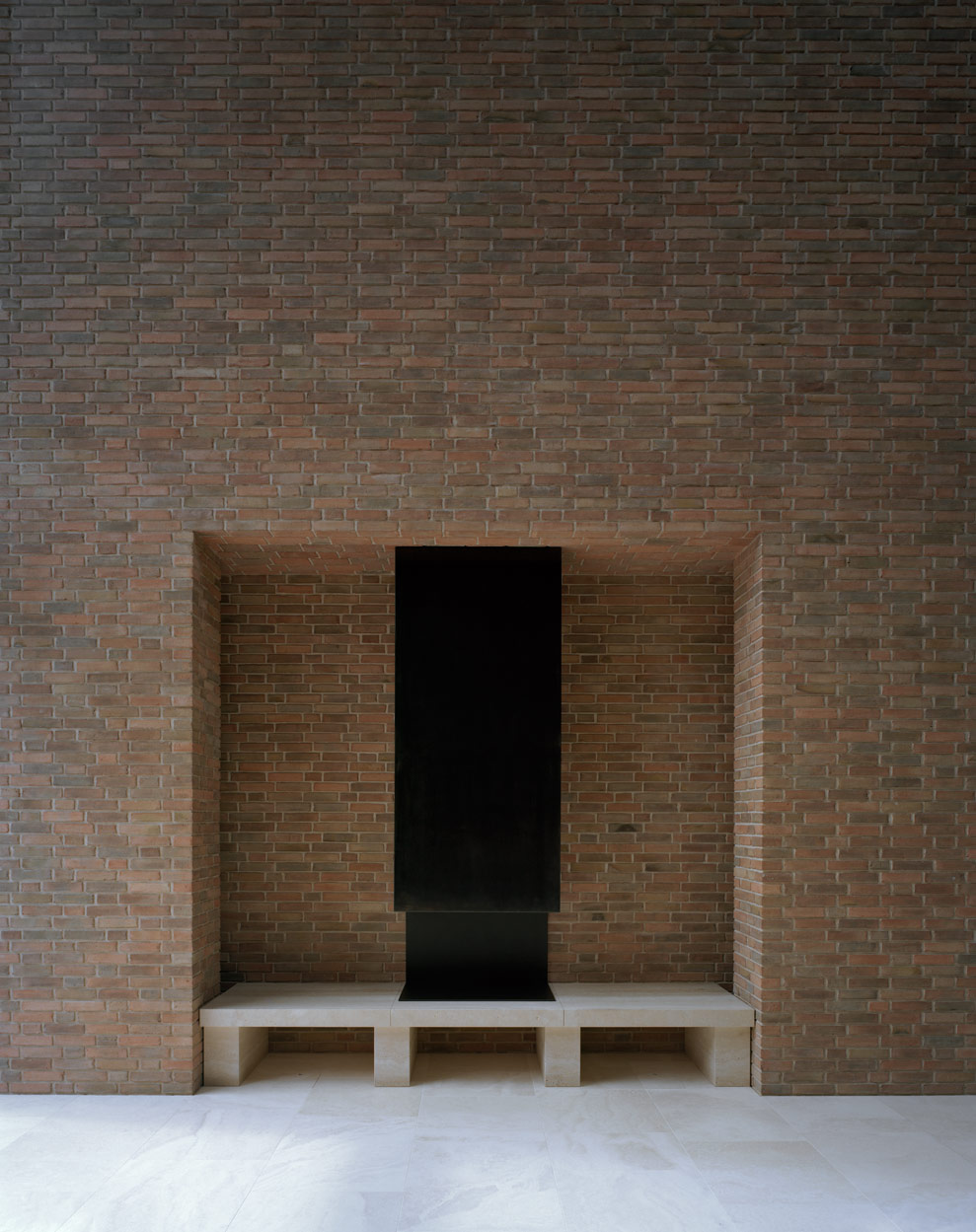 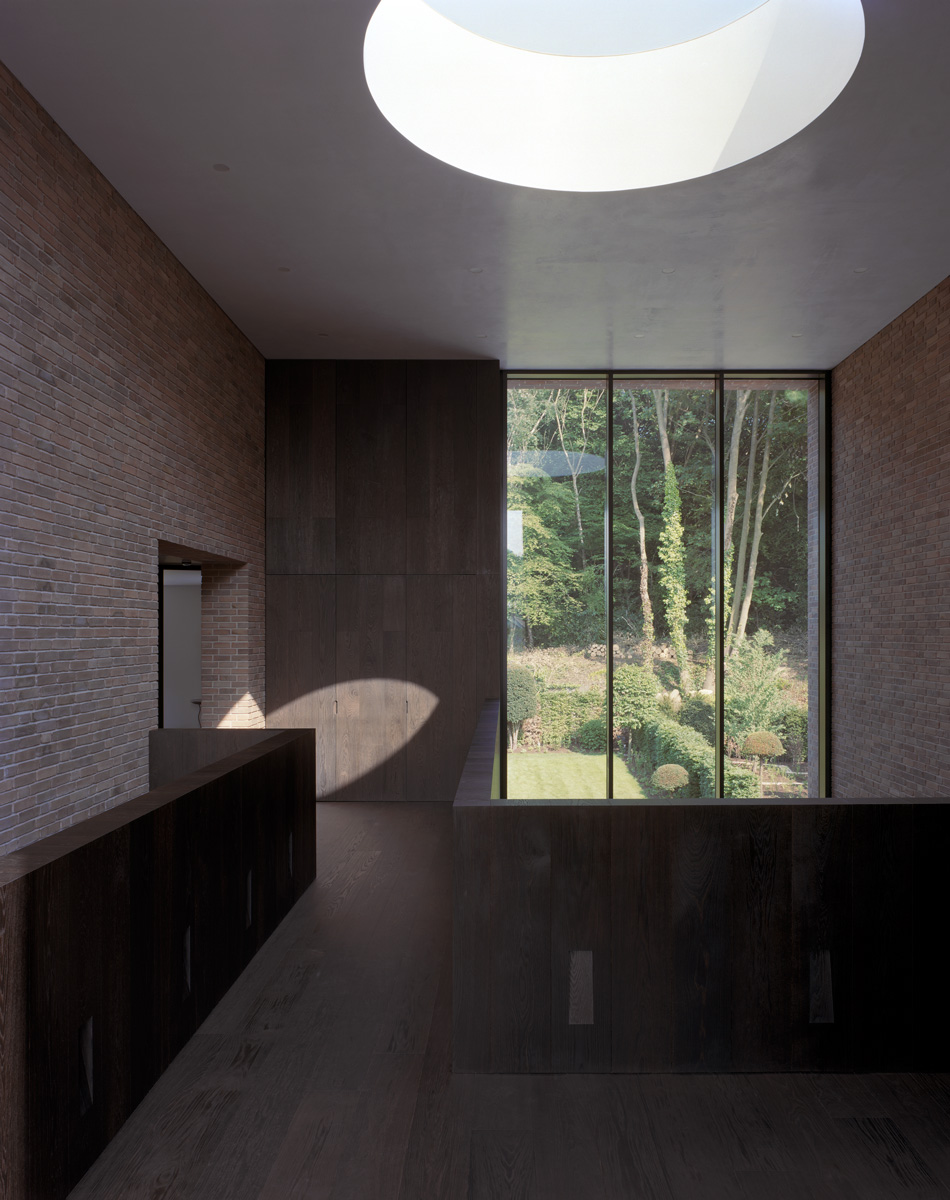 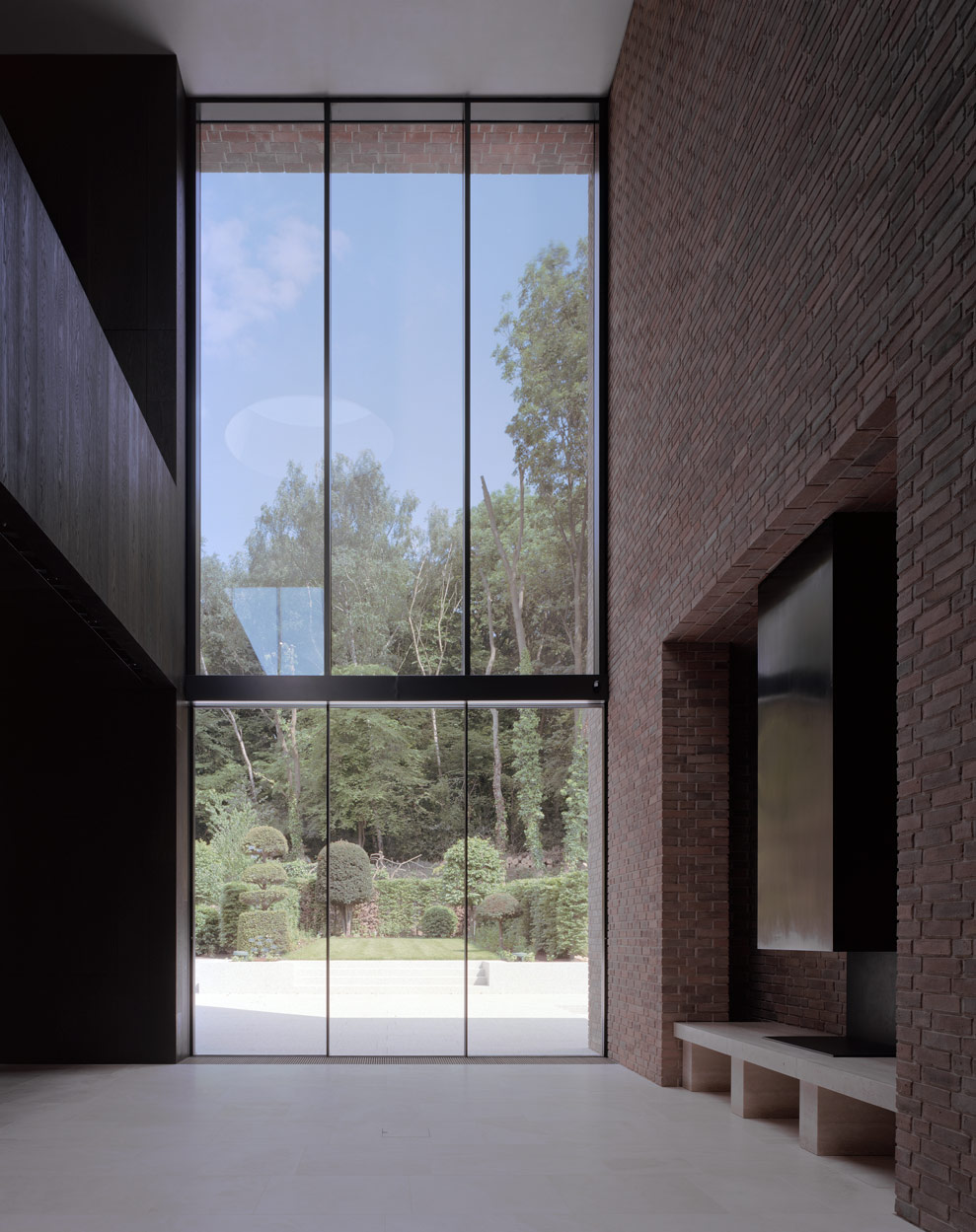 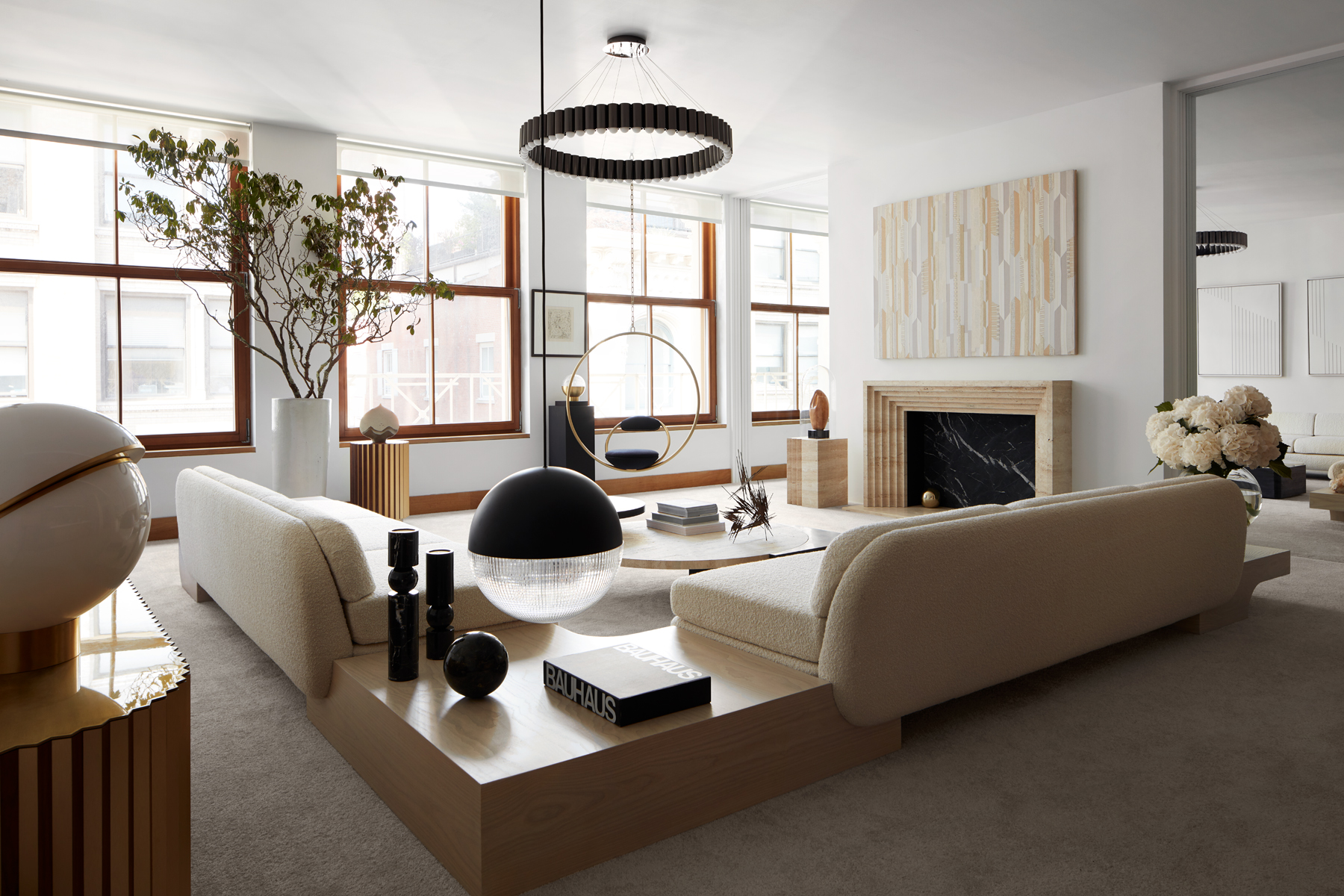 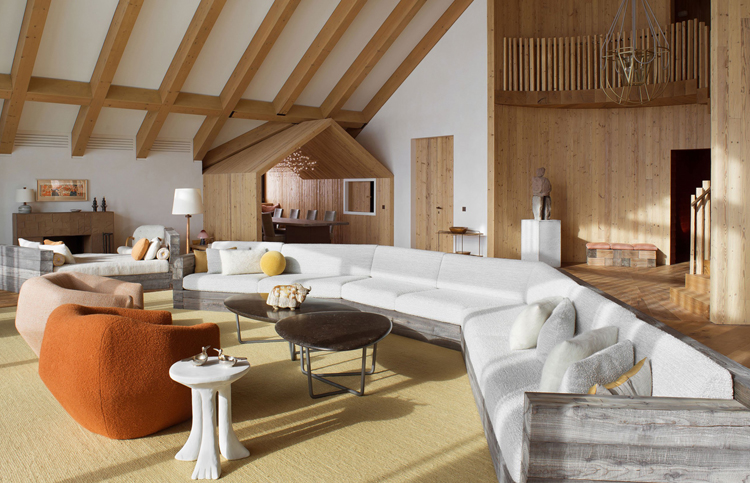 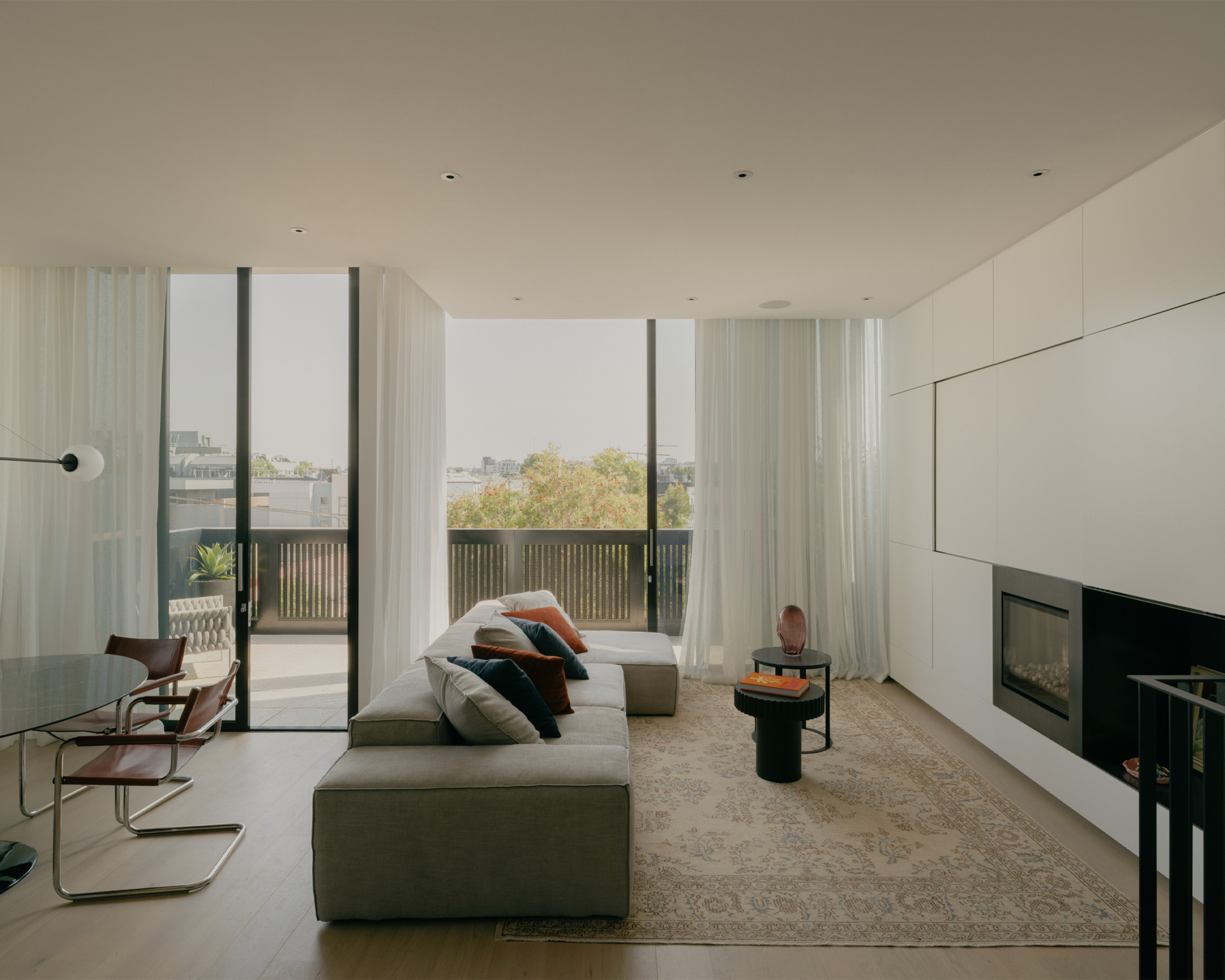